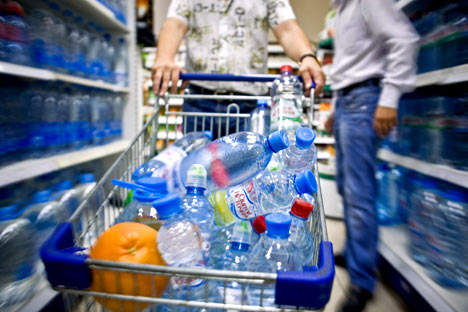 Patricia Cloherty set up her first private equity fund in 1969. Today she is one of the most influential women in the venture capital world.

Patricia Cloherty, managing partner of Delta Equity Partners, bubbles with enthusiasm discussing the relationship between successful entrepreneurs and people who have both excelled at sports and the hard sciences. Her love for sports was obvious from her shirt, a “Silver Sharks” ice hockey jersey — the sharks are the local youth hockey team she sponsors. Her interest in hard science stems from her early days in financial management, when she began investing in health care.

It was in the health-care sector that she made her name in the United States, long before she became the doyenne of Russian capital markets. Most famously, she backed the Scottish project to clone sheep that produced a particular special protein far more cheaply than synthesis – mainly because it made good business sense, but also because her sister was suffering form a disease that the protein would cure. The project worked, although unfortunately not in time to save Cloherty’s sister.

But her enthusiasm for medical research remained, and she went on to invest in the project that eventually produced the cocktail of drugs used today to fight HIV (AIDS).

“It won’t work in Russia as there is still no enforceable intellectual property laws that protects the heavy capital investment you need in this kind of work,” said Cloherty, speaking about medical research.

Cloherty should know what works in Russia. She has been investing in the country since 1994, when U.S. President Bill Clinton asked her to come along on a trip to visit Boris Yeltsin.

“I was sitting in my offices on 57th and Park Avenue in New York when I got a call from the White House. ‘We need a ‘deliverable’ on the fund issue for Clinton’s trip to Russia,’ they told me, and asked if I would go over with Clinton and head up the fund,” said Cloherty.

Cloherty began her career in venture capital in 1969 at Apax Partners, Inc. She later became president, co-chair and general partner of the firm. In 1995, President Bill Clinton appointed her to the board of the U.S.-Russia Investment Fund. In 1998 she assumed the role of chairman, and in 2003 she became chairman and C.E.O. of the Fund’s general partner, Delta Private Equity. She was twice named one of the world’s most influential investors in the world by “Forbes” magazine. Cloherty holds a Bachelor’s degree from the San Francisco College for Women and two Master’s degrees from Columbia University.

As soon as she landed in Moscow, in true fund manager style, Cloherty hired a helicopter and few off to visit a couple of factories to see what life on the ground was really like. Her first stop was Sun Brewery, run by an Indian, Shiv Khemka, and one of Russia’s first really successful foreign investments. Then she went on to a chipboard plant on the Finnish border.

“They made fiber board the old way, by hand,” said Cloherty sitting in a swanky café in the foyer of her office a stone’s throw from the newly renovated Bolshoi Theatre. “Babushki were testing the finished boards by hitting them with a hammer and listening to see if there were any holes in the boards. The whole place stank.” Rather than being put off, Cloherty said, “The whole experience only energized me.”

“After the trip to Moscow the State Department rang again and said things weren’t gelling and would I go back. I left the next day. I didn’t want to give myself the time to change my mind,” Cloherty said.

Clinton appointed her the head of the Russian Investment Fund, and by 2004 Cloherty had set up Delta Private Equity Partners, a U.S.-backed private equity firm dedicated to developing and funding fast-growing companies in Russia. Since it was founded, Delta has invested more than $550 million in 55 Russian companies through two funds: the U.S. Russia Investment Fund, established in 1994, and Delta Russia Fund, a successor private fund formed in 2004. Now, however, the fund is winding down now and has sold all but four of its investments, earning an impressive 27 percent return on equity in the process and scoring some major firsts along the way.

Probably Cloherty’s most lasting legacy was the creation of Delta Capital, Russia’s first dedicated mortgage bank, which she sold to GE Capital in 2004 at four times book value. The mortgage industry in Russia is still in its infancy, but the number of new contracts being issued has been doubling every 18 months or so, and the government says the total number will triple in five years as the business finally starts to take off.

“The thing that really struck me about the mortgage business is Russians are honorable borrowers — if they take a loan they bend heaven and earth to repay it. Owning their own place is important to Russians, and they don’t want to lose it by defaulting on their loans,” Cloherty said.

Another of her legacies was to train a whole generation of young Russian financial professionals. “The first thing I did on taking over Delta was sack all the expats,” said Cloherty. “They were either bent or incompetent. We hired [in their place] Russians, Ukrainians, Belarussians and Georgians.”

Kirill Dmitriev, who was appointed this summer by Prime Minister Vladimir Putin to run the Kremlin’s $10 billion Russia Direct Investment Fund is probably the most famous alumnus of the Cloherty school of asset management.

Cloherty has also been a pioneer in several other sectors, investing into Russia’s first successful supermarket chain, a bottled water company and a packaging company to name a few. But not all the deals went smoothly. One of Cloherty’s very first investments was into a diesel engine plant, but the fund’s money almost immediately disappeared.

“I tracked the money to a suitcase that was delivered to Vienna, but lost the trail there. We found the partner but not the money,” Cloherty said.

And the Russians have lauded Cloherty. Until recently she sat on the Russian foreign investment council and the board of Skolkovo. And she is deeply enmeshed in the rhythms of Moscow life. Currently she shares her apartment with a 17-year old dancer who is one of the few Americans studying at the Bolshoi.

“It’s a little bizarre, as I keep having all these young Russian and French ballerinas ringing up in the middle of the night,” Cloherty said, laughing, still a dynamo of energy at 70. She remains committed to Russia and believes that it is right at the start of the transformation process.

“You have to remember everyone in Russia was someone else a decade earlier,” Cloherty said. “People learned how to do business from watching movies like ‘Wall Street.’ That is why recreating things that already exist elsewhere can be so difficult. But then look at the growth rates, and that in itself is a testament to the Russian ability to learn.”