Dangers of putting Gita on trial 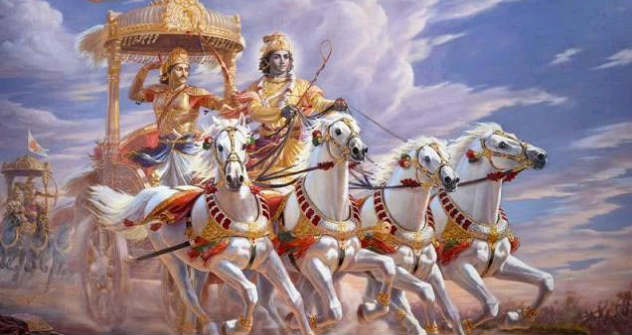 In an erudite commentary, E.Yu.Vanina, an eminent Russian Indologist, exposes the dubious practices deployed by some misguided zealots in the Siberian city of Tomsk to ban the Bhagavad Gita and expounds on the importance of the ancient Hindu text. She also warns that if these questionable methods are used, there will be no end to banning holy books and creating religious discord.

There were times when books were put on trial and sentenced to death and burnt together with their authors. You think those times are gone? Well, things are not as simple as that. Today, in the early 21st century, a book is on trial in Tomsk, a pleasant university city. And what a book! The holy book of Hinduism, Bhagavad Gita, or “Song of God.” It is revered by millions in India, Nepal, Sri Lanka and wherever Hindus live. This ancient verse treatise about God and Man, everyone’s duty to God, society and oneself and the path to salvation was included (possibly at the dawn of our era) in the great epic poem Mahabharata. It has been translated into various languages, commented on and interpreted depending on the age. There was a time when the Bhagavad Gita inspired Indian freedom fighters against the colonial yoke. In Europe, it was admired by many great philosophers and thinkers, such as Herder, Schopenhauer and Tolstoy. The Gita was first translated into Russian in 1788 (ironically, nobody put the book and its translators on trial in the Orthodox Russian Empire in 1788, but it’s being being judged in secular democratic Russia) and has since been translated and published many times.

One of the numerous commentators, Swami Prabhupada, translated Bhagavad Gita and provided it with copious commentaries that are more voluminous than the text itself (they may have reminded the Soviet reader of the political tomes titled “Marx/Lenin on...” ). The text gained popularity among Europeans and Americans who proclaimed themselves disciples of Prabhupada and followers of Hinduism. They created the International Society for Krishna Consciousness (ISCKON), which has some followers in Russia. The Tomsk prosecutors discerned in Prabhupada’s version “signs of fomenting religious hatred, denigration of human dignity on grounds of gender, race, nationality, language, origins and religious conviction” and demanded that the book be banned as “extremist.”

For some reason, the court rejected the request of the defence to seek the opinion of Indologists in Moscow or St Petersburg. Instead, it brought in a team of experts from Tomsk State University, led by Dean of the Philosophy Department S.S. Avanesov, who first adjudged the book as extremist but later retracted their statement. The court then turned to linguists in Kemerovo, who delivered the opinion the prosecutors needed. But one does not have to be an India scholar to understand the fallacy of this approach when a religious text is simply screened for the presence of negative words (“fool,” “enemy,” “demon, "kill” and so on) and use this primitive exercise as grounds for declaring the book “extremist.”

The Bhagavad Gita was created in ancient India and reflected the realities of its time, with its incessant wars, transition from a tribal to a state system and social estates (that is why, in Bhagavad Gita, the God Krishna instructs the warrior Arjuna that one may raise a sword even against one’s kin for the sake of duty to one’s caste and the welfare of the state). Analogously, the Greek myths -- a total nightmare in which children kill their fathers and mothers -- or indeed anything might be banned as “extremist.”

It did not occur to the “experts” that, if the Bible, for example, were subjected to a similar formal test, it would come in for still more severe judgement. Suffice is to recall the invectives Jesus directed against “scribes and Pharisees” and his “not peace but the sword.” Let alone the Old Testament. So, are we going to judge the Bible and the Koran? We may talk ourselves into religious wars if all our “expert examinations” are of the same standard. Professionalism is, unfortunately, not highly prized in our society, where the defence and power industries are run by businessmen, agriculture by doctors, medicine by economists and specialists in philosophical suicidology are entrusted with passing judgement on ancient Indian texts.

We keep saying that Russia is a democratic, secular and multi-religious state. If that is so, however sceptical we might be of a Russian lad wearing Indian clothes and singing Hare Krishna, he has the right to do so under the Constitution and the law recognises his religious community as legitimate. We, society, are at liberty to criticise it, ridicule it, but we cannot and must not judge or ban a book, even if the thoughts of the ancient author do not correspond to modern views. Those who recall Mein Kampf in this connection need not worry: the Krishna followers are not, after reading Bhagavad Gita, going to exterminate peoples, mount chariots, like Krishna and Arjuna, and shoot arrows at us. Religious communities and, above all, the Russian Orthodox Church, instead of calling for a “ban” on the competitor (the ROC has more than once made such calls with regard to those who, like the followers of Krishna, they consider to be “Pagans”) should pause and think why a person born into an Orthodox family abandons the religion of his ancestors and glorifies Krishna. Otherwise, people will again start being burned alive.