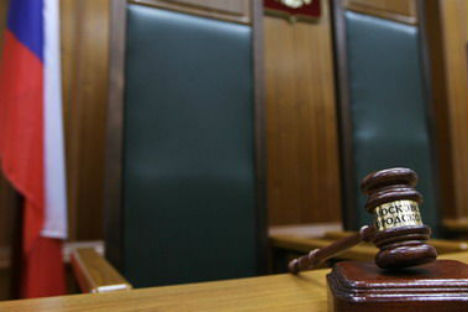 The scandalous incident about a move to ban the Gita in Tomsk is contrary to the basic principle of tolerance inherent in Russian civilisation. It’s unfortunate that the row came to light after a successful visit by Indian Prime Minister Manmohan Singh to Moscow, says Volodin.

There is consensus among experts and journalists that the Moscow visit by Indian Prime Minister Manmohan Singh was highly successful. It laid down the conceptual guidelines for bilateral cooperation for at least next five years. Usually, the results of such summits are the fruits of prolonged efforts by numerous specialists and politicians in both countries under the “guidance” of their respective leaders. Yet Russia is a very special country. As recent events have shown, we can, through joint efforts, cope with a serious internal political crisis but we have yet to learn the elementary skill of harmonising the interests of the state and immediate political benefits for the regional (one is tempted to say provincial) political elites. As the poet Osip Mandelshtam said long ago: “We live without a sense of the country beneath our feet.”

The scandal in Tomsk, one of Russia’s intellectual capitals, raises doubts as to whether the local leaders are sane and the intellectual community in one of the country’s main academic and university centres is actually mature. In my opinion, the problem can be solved. All that is needed is to separate the text from the commentary which, frankly, the Russian reader can well do without. The question may then be asked: should the matter be taken to court? I have just received a letter from a French friend and colleague who expresses his puzzlement and asks a specific question: what forces in Russia are interested in a ban on the Bhagavad Gita? What can I reply? That all the intelligence services in the world, including the CIA and M16, could never have come up with a more effective move to compromise Russia in India and in world public opinion? There are those in the Indian parliament who nurture a very different perspective for their country. Or perhaps what happened can be attributed to the absurd consciousness and thinking of our “bureaucratic lot”, so brilliantly described by Nikolai Leskov, Alexander Ostrovsky and Mikhail Saltykov-Schedrin, not to speak of Nikolai Gogol’s searing irony? There is always a civilised political way out of any, even the most difficult situation, of which India’s own experience provides ample proof. Besides, the Moscow authorities have learnt to untangle the most complicated knots of inter-ethnic and inter-civilisational contradictions.

Yet what is at stake is no laughing matter. The problem needs to be placed in a broad historical perspective. During the period of “liberal reforms,” our society, unlike India, has become practically ungovernable, while “spontaneous market mechanisms” are simply not working. An environment that does not have clear-cut moral benchmarks can spawn absurd theories and equally absurd practices. In Moscow, under the watchful eye of the central authorities, it never occurred to anyone to demand a ban on historical cultural texts, to which Bhagavad Gita rightly belongs. Similarly, the Moscow Patriarchy, in accordance with the principle of separation of the state and the church, has the right to criticise the sacred texts of the Indian civilisation, but is not seeking a ban on them. Indeed, the strange incident in Tomsk runs counter to the basic principle of tolerance inherent in Russian civilisation. Protests against the influence of other civilisations are a recent development. The ability to resolve such problems and contradictions is part of the art of political management of society.

The events in Tomsk, whose university is one of the best in Russia, make me want to ask: are we, as a nation, prepared to live within the framework of a parliamentary democracy? Or, not to put too fine a point on it, should one go along with one of the top economists in the world today, Pranab Bardhan of India, who believes that, given the current stage in the development of society, a “semi-authoritarian regime” is best suited for Russia? Why? Because it is capable of dealing, in addition to numerous other shortcomings, with the idiocy of the Russian bureaucracy and some members of the present-day regional/provincial elites.