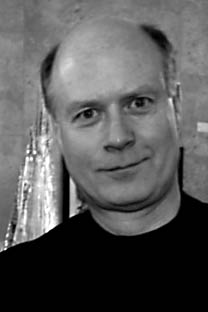 As Dmitry Medvedev prepares to leave the Kremlin next year, his last address to Russia's Federal Assembly served as both a wrap-up of accomplishments and calls for future change.

In his final address to Russia’s Federal Assembly before stepping down as president next year, Dmitry Medvedev claimed that much had been achieved in the last four years  -- this despite a difficult start to his presidency in 2008 that included the onset of the global financial crisis.

Russia, he argued, had coped well, with the country’s economy now the sixth-largest in the world, output back at near pre-crisis levels, inflation at its lowest in years and unemployment down by 2 million in the last two years and one of the lowest in the world. Both domestic savings and loans to business were increasing, while large gold and foreign currency reserves would continue to cushion the country from exogenous shocks.

In short, Russia, he said, was growing at a quite reasonable rate of some 4 percent per year and enjoyed a much sounder position than developed countries, where growth was much slower.

Medvedev also claimed his decision to modernize the country, made at the height of the crisis, was absolutely correct and already paying dividends. Russia was producing new supercomputers, broadband penetration was increasing and TV and radio were going digital. And despite all the initial and ongoing skepticism about Skolkovo, Russia’s putative Silicon Valley outside Moscow, more than 300 companies were now in residence, including global leaders, and a modern technological university was being built there.

Medvedev is right – Russia has indeed made a lot of progress, but this rosy picture glosses over several major problems and risks.

The president rightly pointed to the risk of a global economic slowdown, using both the “R” and “D” words – “recession” and the much more serious “depression” – and warning that Russia was at the epicenter of the increasing competition for brains and resources at a time when the country could be facing a global depression that could last several years.

But Medvedev made no call to global leaders, for instance, to get their act together and solve the problems facing the world economy by coordinated policy action to stimulate growth. Nor did he address the much deeper and linked problem of reducing the huge trade imbalances between importing countries in the developed world and commodity and manufacturing exporters such as Russia, Japan, Germany and China. This, of course, benefits Russia in the narrow sense, but it leaves the country vulnerable to outside shocks and makes it very hard to diversify the economy – especially since the political will is lacking.

On the other hand, Medvedev did call for more support to both large companies and to small and medium-sized enterprises, including modernization in the shape of open and electronic government that should reduce corruption: “It is impermissible that businessmen have to battle bureaucratic barriers for months and that officials lobby for competing organizations.”

Under the leadership of both Putin and Medvedev, the number of government bureaucrats ballooned from 1.16 million at the end of 2000 to 1.65 million at the end of 2010 – despite the country’s falling population. Russia now has four times the number of officials and 2.5 times the number of tax inspectors as the U.S. per 1,000 inhabitants, but two attempts since 2000 to reduce numbers, the last in 2010, both failed. This is just one reason many commentators compare contemporary Russia with the Soviet Union, which often failed to get its reforms implemented against the collective will of the 19 million members of the Communist Party.

In televised remarks earlier this week, for instance, Prime Minister Vladimir Putin, ostensibly Russia’s strong man, gave a good example of the country’s problems when he said that his order two months ago to close down offshore companies set up by state enterprises and repatriate their accounts to Russia had simply been ignored.

So while Medvedev often said the right things, the big problem with all such programmatic statements throughout Russia’s long history has always been implementation. Speculation is rife about Medvedev’s future, and arguably he is already a lame duck with just months to go until a new president is inaugurated.

Major “supply-side” reforms in Russia would add several percentage points to the country’s annual GDP – but such changes also often run counter to the government’s domestic political and foreign policy goals and its desire for control and stability above all else. Its stance on visas and foreign investment is typical. Had Russia announced a visa-free regime for businessmen and tourists 10 or 20 years ago, began issuing visas on the border like Turkey or Egypt and invited in serious international investors and experts, it would now have a well-developed tourist industry which would have given millions gainful employment and diversified the economy. But Russia has thrown away billions, if not trillions of tourist dollars by its stubborn adherence to the view that a visa-regime must be based on reciprocity.

As Medvedev rightly implied, Russia’s economic performance in 2012 will largely depend on the global economy. Russia now needs oil prices of around $115 per barrel to maintain a balanced budget, although the Ministry of Finance has said that even if oil falls to $60, there will be no major problems. Indeed, as Medvedev said in his address, the crisis was no excuse for cutting the additional obligations Russia took on the social sphere in the run up to the parliamentary and presidential elections. In fact, he stressed that they would be met in full.

So while Russia is doing all right for the moment and may well be able to muddle through, deep structural problems remain. The Skolkovo initiative, for instance, pales into insignificance compared to China’s rapid development of R&D and growing commercial outreach globally.

As so often, Gennady Zyuganov, leader of Russia’s Communist Party, questioned the official view in a wry comment on Russia’s lop-sided economy. Speaking from The Kremlin on the Russia 24 news channel after Medvedev’s address, he said: “We eat Turkish tomatoes, wear Chinese underwear and drive Japanese cars.”