The Web will change the electoral system 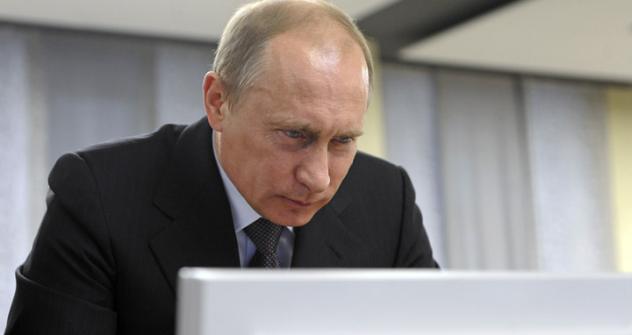 Putin promised to make the upcoming elections as transparent as possible. Source: ITAR-TASS

Russia's Prime Minister Vladimir Putin, not known for his web savvy, has proposed an online discussion on the transparency of the 2012 presidential elections.

Vladimir Putin, running for the presidency of Russia for the third time, is still expected to win regardless of a sharp drop in public support.

Now his goal is for the upcoming March 4 elections to be as transparent as possible, at least according to comments the prime minister made during a session of the All-Russia People's Front. During his speech, Putin criticized opposition groups for their attempts to “delegitimize” elections. “Any talks about reviewing the results of the elections are impossible, except one way - a court appeal,” Putin said.

Opposition groups have neither “a common program nor clear and understandable methods to reach their goals, which are also unclear,” Putin said, according to Interfax. “When such a situation emerges, one immediately starts to speak publicly about delegitimizing and devaluating everything." Although Putin said that "certain groups" were behind the protests that erupted after the Dec. 4 State Duma vote, he did not repeat his assertion that they were supported by Western agents.

Putin said he planned to discuss ways to make the presidential vote more transparent with Central Election Committee head Vladimir Churov. He also said that the government hadn't made full use of the Internet as a way to bring together the people and the government, and proposed using the web as a way of establishing dialogue.

Putin said that he didn’t use the Internet frequently because “he doesn’t have enough time for this.” Yet the government should “make more effort” to understand the modern means of communications with the society, he added. “[It is for] the national psychotherapy that helps to give people more confidence for tomorrow.”

It remains to be seen how Russia's Internet generation will react to the proposal. The prime minister's earlier suggestion to install web cameras at Russia’s all polling stations to prevent fraud was ridiculed by bloggers.

“[Putin’s latest stance] is an attempt to establish the communication between vertical structure of Russia’s authorities and Internet users who are used to communicating  in horizontal dimensions,” said Ivan Zasursky, the head of the New Media Department in the School of Journalism at Moscow State University. "We need a kind of psychotherapy from the point of view of communication culture. We need to establish a dialogue and make the transition from “informative” regime to [interactive] communication. This [trend] is common not only for Russia but also for the rest of the countries and huge corporations.”

Zasursky added that it was unlikely Putin's new attention to the web would result in censorship. “The Chinese model is impossible for Russia,” he said. “The Internet is the most dynamic and most independent field in Russia. It brings changes in the society and the government.”

Putin himself had previously said that he did not see any point in restricting the use of the Internet. “It’s technologically sophisticated and politically wrong,” Putin said during his annual televised Q&A session. “Authorities have to introduce new ways of solving the problems which are discussed in the internet and make it in more creative way to attract more supporters.