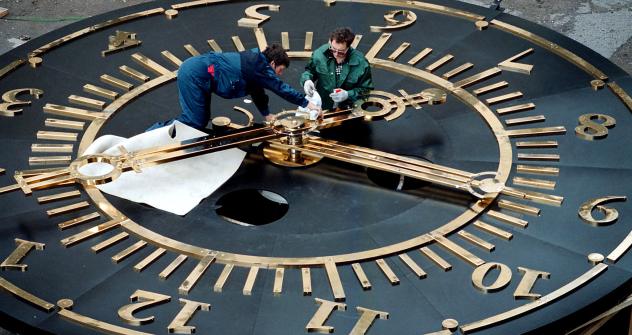 Russia Beyond the Headlines sums up the most significant events of 2011: From the terrorist attack on Domodedovo to Russia's WTO accession.

1. Tragedy of the Year

The New Year began in Russia with a tragedy at an airport, the latest addition to a frightening list of terrorist acts in Moscow. A suicide bomber denoated an explosive in the middle of a crowd meeting passengers at Domodedovo Airport’s international terminal. Thirty-seven people were killed and over 200 were wounded. Three more serious tragedies affected Russia in 2011. On July 10, the Volga cruise ship Bulgaria sank, causing the death of 122 people. Then on Sept. 7, a plane crash killed the entire Lokomotiv hockey team. The year ended with yet another tragedy: in mid-December the floating Kolskaya oil rig overturned and sank in the Sea of Okhotsk, killing more than 50 people.

On March 1, a federal law reforming the police was passed. The need for the reform became obvious after a series of sensational crimes were committed by employees of the Interior Ministry. In April 2009, a drunken police officer opened fire in a Moscow supermarket, Then in late 2010, 12 people in the village of Kushchevskaya in southern Russia were killed by members of a criminal gang who were aided by corrupt policemen. In the course of reforms, Russia’s militsia were renamed politsia. During mandatory reconfirmation proceedings, more than 200,000 Interior Ministry employees, including 140 generals, were sacked. Are the police now doing a better job? So far the experts are doubtful about the success of these reforms.

On March 27, Russians turned their clocks forward one hour for the last time. Daylight savings time was then made permanent in Russia and in the fall, citizens did not turn their clocks back again. The time reform was based on the conclusions of experts who cited the negative effects of the time change on people’s health, the lack of economic benefits, and sociological opinion polls. Still, there were problems. On Oct. 30, computers and smartphones, having failed to get the message, went back on standard time 2011.

On July 1 the Customs Union made up of Russia, Kazakhstan and Belarus was established and customs barriers between the countries were removed. The Russian government called this event the most significant in the territory of the former Soviet Union since that country’s collapse. Experts predict that the creation of the Customs Union will bring Russia a profit of some $400 billion, and Belarus and Kazakhstan a profit of $16 billion, while causing the GDP of these countries to grow by up to 15 percent by 2015, and reducing the amount of time required to transport freight from China to Europe by 75 percent. After agreeing on the Customs Union, Russia, Kazakhstan and Belarus began moving in the direction of creating a Eurasian Union — an intergovernmental structure with a united economic, military, customs, humanities, and cultural space. On June 12, Russian Prime Minister Vladimir Putin announced that the Eurasian Union could and should begin functioning in 2013. On Oct. 3, daily newspaper “Izvestia” ran an article in which Putin spoke of the Union’s ability “to become one of the poles in today’s world. ” In October, it was announced that Kyrgyzstan would also join the Customs Union.

After being closed for restoration for six years, Moscow’s celebrated Bolshoi Theater, one of Russia’s most important cultural symbols, re-opened its doors on Oct. 28. As a result of the $700 million reconstruction work, the theater doubled its space — to 80,000 sq. meters. The main hall now boasts unique acoustics and a stage the size of a six-story house, the largest in Europe. In September, a significant event in Russian cinematography took place: Alexander Sokurov’s “Faust” received the top award at the 68th Venice Film Festival. “This award for a Russian film is priceless,” said Russian director Alexei Uchitel. “Faust” is the final part of a historical tetralogy that also includes: “Moloch,” about Adolph Hitler; “Taurus,” about Vladimir Lenin; and “The Sun,” about Japanese Emperor Hirohito.

Following the Dec. 4 elections, protests against alleged election fraud took place in central Moscow. The demonstrations brought together thousands people who came to express their disappointment in the electoral process. Source: AP

The most important political event of the year was undoubtedly the parliamentary elections in Russia on Dec. 4 and the “awakening” of a civil society. The ruling party United Russia won a majority of the seats in the State Duma – 238 out of 450 – but violations during the elections, which members of the opposition have called “massive,” led to a series of protests unprecedented in the country. Demonstrations in Moscow and St. Petersburg were the largest in the 11 years of the government of Vladimir Putin and Dmitry Medvedev. Moreover, a significant number of the demonstrators were middle-aged and had never before had any desire to take part in protest actions. Experts say that the events of December 2011 may mark the beginning of the awakening of a civil society in Russia. If this trend continues into 2012 when Russia will choose a president, Vladimir Putin’s chances of retaining his image as a national leader and winning the presidency will noticeably diminish.

When its 24th satellite became functional on Dec. 8, the Russian navigational system GLONASS became global. The last satellite was launched on Dec. 4. Roskosmos announced that within three months, the American GPS system will not have any advantages in terms of precision over GLONASS. In other space news, the Mars-500 experiment concluded on Nov. 3. The 520-day isolation experiment simulating a manned flight to Mars; its international crew consisted of three Russians, a Frenchman, an Italian and a Chinese citizen.

At the same time, 2011 saw a number of space failures, most notably the failed launch of the Progress M-12M by a Soyuz-U carrier rocket in August; the first failure of a Progress spacecraft in over 30 years; and an engine malfunction aboard the Phobos-Grunt in December that prevented the interplanetary station from blasting off to Mars.

The WTO accepted Russia as a member after 18 years of negotiations. Source: AFP / EastNews

On Dec. 16, a protocol was signed on Russia’s accession to the World Trade Organization at a ceremony in Geneva, bringing to an end 18 years of negotations. By fall 2011, Russia had received the consent of all WTO members on its entry into the organization except Georgia. However, in early November, Moscow and Tbilisi, with Switzerland acting as intermediary, were able to reach a bilateral agreement on Russia’s WTO membership which they then signed. On Nov. 10, the final version of the protocol on Russia’s accession to the WTO was approved.

One more important event took place at the end of 2011: Russia took up the chairmanship of the APEC (Asia-Pacific Economic Cooperation) organization for 2012. The organization's next summit will take place next September in Vladivostok. Among Russia’s priorities as chairman of APEC in 2012 will be the liberalization of trade and investment activity and a deepening of economic integration in the region; cooperation for purposes of innovative growth; the improvement of transport and logistical systems, and food security.