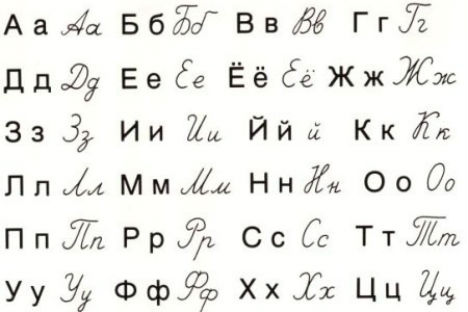 Russian studies in India promises to enter a new trajectory, with active promotion and support from institutions affiliated with the Russian government.

Russian studies in India have been proactively developing for some time. The number of Indians studying Russian has been growing, as is the number of Russian-language classes. Delhi hosted three international forums in November alone. The Russian Centre of Science and Culture (RCSC) held “Days of the Russian Language and Culture.” The Jawaharlal Nehru University (JNU) hosted an international seminar dedicated to the 300th anniversary of the prominent Russian scientist Mikhail Lomonosov. “Russian in the Children’s World,” a string of scientific and practical events, was arranged by the Rossotrudnichestvo office in association with the Peoples’ Friendship University of Russia.

It was noted during the opening ceremony of the “Days of the Russian Language and Culture” that the interest in studying Russian was growing markedly despite some difficulties. Teachers mentioned a shortage of contemporary Russian textbooks and said they were sorry there were few Russian philologists working in Indian universities. Student and professional exchanges are also rare, they rued. On the other hand, the rising number of international conferences and forums enabling specialists to share their experience was encouraging, they said.

Literary scholars noted that modern Russian prose and poetry were less represented in India than Russian classics. The participants emphasised that not only Indians study Russian, they love the Russian literature with gusto. In this context, specialists in Russian studies suggested creating a corpus of modern Russian literature and for publishing “We Translate” periodical on an annual basis.

One important issue discussed during the “Days of the Russian Language” was certification tests. Currently, these tests are not available in India, though advice for students and teachers interested in the tests is offered at the RCSC Institute of the Russian Language and the Teacher’s Training Centre. In mid-December, the Centre will hold the first free Russian language trial exam for those wanting to assess their knowledge of Russian (B1 –beginners' level). Teachers will be invited to attend the tests in order to familiarise themselves with test assessment procedures.

The “Days of the Russian Language” also featured an exhibition of Russian-language textbooks written by experts in Russian studies from various parts of India, as well as translations of Russian literature into Indian languages and of Indian literature into Russian. Some of the authors and experts whose works featured in the exhibition included Abhai Maurya, Vinay Totawar, Janaki Krishnan, Sabra Habib and Hem Chandra Pandey. Senior Russian studies specialists and translators were presented commemorative prizes and souvenirs for their contribution to promoting the Russian language and literature.

The international seminar “In Search of the New Age Renaissance Man,” organised by the Rossotrudnichestvo office and JNU, was dedicated to the 300th anniversary of Mikhail Lomonosov. Moscow was represented by Peoples’ Friendship University of Russia and, symbolically, Lomonosov Moscow State University, which was founded by the great son of Russia and bears his name. M.M. Golubkov, an eminent professor in the department of the history of Russian literature, presented his concept of Russian philology in the context of the Russian cultural code of the early 21st century. O.N. Korotkova, Assistant Professor of ‘Russian as a Foreign Language’ in the same faculty, presented a report on some aspects of teaching contemporary communications etiquette. The topics were selected on the basis of requests from the organisers and stirred a genuine interest in the audience.

“Russian in the Children’s World” brought together Russian studies experts from India, Russia, Sri Lanka, Mongolia, China, South Korea, Nepal and Cambodia. The project featured seminars and master classes for teachers, presentations and lectures, thematic roundtable meetings and a quiz. The Russian Centre of Science and Culture, which hosted the events, held an exhibition of textbooks and fiction published by the “Drofa” publishing house.

The participants also visited Delhi Public School, Dwarka, one of the five schools in Delhi where the Russian language is taught. The PFUR representatives – Prof. T.M.Balykhina D.Sc. (Pedagog.), Assistant Professor V.B.Kurilenko and Prof. E.A.Khamraeva D.Sc. (Pedagog.), who heads the department of literature for national schools in “Drofa”, presented the school with textbooks and fiction in Russian, as well as multimedia training programmes. They also enjoyed a cultural event organised by students, who sang in Russian, read Russian poems and danced Russian folk dances, gave a presentation about Russia and spoke about their visit to “Moskovia” youth language camp. The guests were also invited to a demonstration lesson conducted by Monica Sharma, a teacher and a true enthusiast. The lesson was followed by a conversation between the foreign guests and the students of the school in Russian.

The PFUR representatives held talks with the DPS Society, which unites 147 schools, and outlined cooperation prospects in the following areas: the creation of a national-oriented Russian language textbook for the 4th-8th classes, training of teachers and student exchange programmes.

It appears that Russian studies in India are on the rise. Young teachers are actively engaged in research and in the creation of new textbooks and training aids. Given the rich experience accumulated since the 1940s, when they started teaching the Russian language in India, we have high hopes that the problems which are being faced by Russian language teachers in India will be successfully resolved.

Tatiana Perova is Head of the RCSC Teacher’s Training Centre