Chekhov’s tryst with the ‘paradise’ island in the Indian Ocean 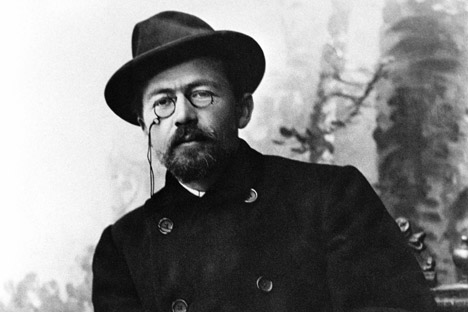 The great Russian author and playwright Anton Chekhov never visited India but he managed to spend 3 days on an island often described as “the teardrop of India,” that is Sri Lanka.  While the author’s brief stay in Sri Lanka gave him a lot of happiness, little did he know that the island-nation would continue to celebrate his work and legacy with zeal.

In Colombo, the prestigious colonial-era Galle Face Hotel has a plaque that mentions that Chekov was a guest in November 1890. The city’s other surviving colonial-era hotel, The Grand Oriental, which has a bust of the writer and a ‘Chekhov suite,’ also claims the author was one of its guests. Chekhov also visited Kandy, the cultural capital of the country.

While the residents of Colombo don’t seem to have too many details of the great writer’s stay in the city, there is an enormous amount of pride in the city about the visit. Sri Lanka, or Ceylon as it was known then, provided Chekhov with brief respite after his medical mission to Sakhalin, which he described as “hell.”

Chekhov visited Sakhalin overland from Moscow, but decided to take the sea route via Hong Kong, the Indian Ocean and the Suez Canal back to central Russia. Chekhov’s time in Sakhalin was incredibly difficult.  The writer, who was a qualified doctor, visited the Russian Far Eastern Island to survey 10,000 convicts who were serving a life sentence. The living conditions of the prisoners were difficult and Chekhov became highly depressed after visiting Sakhalin. “Sakhalin is a place of the most unbearable suffering that can befall a man, free or shackled,” he wrote.

Ceylon, on the other hand, had the exact opposite effect on Chekhov. “Then there was Ceylon -- the place where Paradise was located. Here, in Paradise, I covered more than 100 miles by railway and was sated up to the neck with palm forests and bronze-skinned women,” Chekhov wrote. It is widely believed that Chekhov fell in love with a local woman during his brief stay. He travelled by train up to Kandy and would have most likely taken the railway observation car, which was mainly used by Europeans in colonial Ceylon. Over 120 years later, the train ride to the city in the hills of Sri Lanka, remains one of the most scenic in the Indian subcontinent.

“Imagine how it must have felt for Chekhov to be in the warmth of Ceylon in the late 19th century, after such a difficult stay in Sakhalin,” says Tamara Chikova, a professor at the Sakhalin State University. Chikova refers to ‘Anton Chekov: A Brother’s Memoir,’ a biography written by Mikhail Chekhov, in which his brother reminisces about the Ceylon visit. “The island of Ceylon, however made up for all the difficulties... It was Paradise on Earth-an exotic fairy tale setting.”

Martin Wickramasinghe, one of Sri Lanka’s greatest authors, wrote a book in Sinhalese about Chekov’s visit to the island.  Chekhov’s short stories were an inspiration for Wickramasinghe and drew him closer to Russian culture. In “The Buddhist Jataka Stories and the Russian Novel,” Wickramasinghe draws comparisons between 19th century Russian authors and stories about the previous births of the Buddha.

A collection of Chekhov’s works is also part of the school syllabus in Sri Lanka. Pavithra Perera, a student preparing for the Advanced Level examinations fondly recalls the short stories that he read in Sinhalese. “For some reason, I could feel close to the characters in those stories,” he said. Others like Ashan D’Silva, a resident of Mount Lavinia, near Colombo, were part of a group that was involved in the Sinhalese re-enactment of the play, “The Wedding.”

Bookstores across Colombo have various editions of Chekhov’s short stories and plays, in the country’s three official languages, Sinhalese, Tamil and English.   ‘Sea Gull,’ ‘The Cherry Orchard,’ and ‘Uncle Vanya’ seem to be the most popular titles in Colombo, but few Sri Lankans know that one of Chekhov’s most famous stories had a Colombo dateline. ‘Gusev,’ a story of 2 men being transported in a ship infirmary from the Russian Far East back to the mainland, was inscribed with the dateline, “November 24, 1890, Colombo.”

Chekhov’s 19th century visit to Ceylon laid the foundation for a warm and cordial relationship between tropical Sri Lanka and snowy Russia.