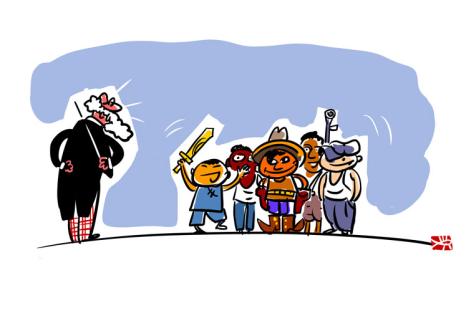 Emerging markets may continue to grow in the new year, but it remains too early to say that the new economies have beat the developed world at its own game.

With emerging markets expected to grow appreciably more than the stagnant West this year, expect economic power to continue shifting to the East in 2012.

But are the claims of emerging markets about their superiority and the moral and economic bankruptcy of the West really true? The answer has profound implications not only for the global economy, but for the battle of ideas in politics and international relations.

From the business point of view, dynamic, growing markets offer excellent investment opportunities and returns, guaranteeing a pipeline of IPOs, M&A deals, bond issues and equity investments – but it’s hard to see how this translates into moral superiority.

High growth in poor, developing countries is one thing, quite another in rich, mature markets. For all their dynamic growth, the BRICS and virtually all the other emerging markets remain very far behind the developed countries – even those with huge debt. Moreover, repeated opinion polls consistently show relatively high levels on the OECD’s “life satisfaction index” of its 34 members, with Scandinavians and Canadians generally among the happiest people – despite their high taxes.

And yet, the West has lost its direction and self-confidence, constantly castigating itself for past sins such as slavery and colonialism, and now more than ever plagued by doubt about its whole social, political and economic model – and a lack of pride in what it has accomplished. It was, after all, the West that invented the modern world. Virtually everything in science, technology, economics, business, politics, ideology and art comes from Europe or its North American and Australasian offshoots. “The Rest” is – up to now at least – largely following the well-trodden western path and has yet to come up with genuinely new businesses.

But at a time when the West faces serious economic challenges, it is undermining its own future by compounding its chronic inability to provide outstanding mass education and training with cuts in research and development. In a very real sense, this challenge is one of numbers rather than of superior economic models. Singapore’s per capita GDP is forecast at $52,220 in 2012, but with a tiny population of 5.4 million, it hardly causes sleepless nights in western defense ministries. The real challenge to the West comes from the big populations and increasing assertiveness of many countries among The Rest as their total GDP catches up and exceeds that of the developed nations, as Brazil has just overtaken the United Kingdom. On being asked recently whether Russia should join the European Union, for instance, Vladimir Putin answered that it should sort out its own problems first.

Much more articulate and influential in recent years than Vladimir Putin, however, has been Kishore Mahbubani, dean and professor in the practice of public policy at the Lee Kuan Yew School of Public Policy at the National University of Singapore.

Mahbubani’s website states unambiguously: “The past two centuries of Western domination of world history have been a major historical aberration. All aberrations end eventually. Asia will return to center stage again. However, many leading global minds cannot understand this because their mental maps have been trapped by narrow Western worldviews.”

It is meaningless to speak of any region being center stage before the Europeans began their global outreach in the 1490s and linked up the world.

More worrying, though, is that Mahbubani shows no sense here that domination per se might be a bad thing, no sense of the need to work together to solve global problems. Nor is there anything about squaring the circle of combining rising per capita income with sustainable development. It’s all about power and glory.

The danger inherent in the rise of any former underdog with this kind of attitude was best summed up by Albert Camus in his 1951 book-length essay “The Rebel”: “The slave begins by demanding justice and ends by wanting to wear a crown. He must dominate in his turn.”