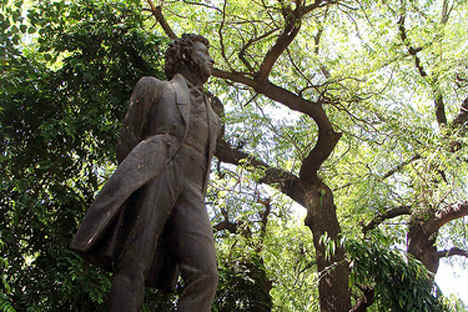 The controversy around a proposed ban on the Bhagavad Gita in Russia, which has mercifully been scrapped now, hogged headlines in India towards the end of the last year. The row even rocked the Indian parliament, but amid the din and noise the deep-rooted cultural and literary connections between the two countries were almost forgotten.

Not many now remember the impact the former Soviet Union, the ideological leader of communism, had on the intellectual life of the Indian elite, intelligentsia and middle class in those days. This despite the fact that the Tolstoy Marg, a road named after the iconic Russian author, is barely a kilometer from the Indian parliament and the seat of the Indian bureaucracy. Sapru House, the home of the Indian Council of World Affairs, a premier think tank, was once the hub of spirited intellectual debates about communism versus the excesses of American imperialism. It was, therefore, delightful to read a perceptive article in Mint, an Indian business daily, that traces these forgotten connections and underlines enduring intellectual ties between the two countries. The heady atmosphere of those days has been evoked brilliantly in the article.

“The Union of Soviet Socialist Republics (USSR) shaped Delhi’s intellectual life in the 1960s and 1970s. The left-leaning romantics were regulars at literary evenings of the Russian Centre of Science and Culture. Kurta-clad ideologues lambasted American imperialism at seminars in Sapru House. Maxim Gorky’s Mother was the cult classic. Tolstoy, Anton Chekhov and Pushkin were on the must-read list. If you wanted to make a statement, Mikhail Sholokhov’s And Quiet Flows the Don was the book of choice,” writes Mayank Austen Soofi in the article headlined “Back to the USSR. Mapping Russian influence in Delhi.”

Despite the changes in the cultural landscape in the two countries over the years, Tolstoy remains still an enduring bridge between the two countries. “Delhi still has a few landmarks that remind old-timers of the erstwhile Soviet Union’s hold on once-socialist India. One such reminder stands at a busy traffic intersection. His arms crossed, beard flowing, Leo Tolstoy gazes towards the Janpath outlet of McDonald’s in the colonial-era Connaught Place,” says the article.

"Tolstoy’s statue in Delhi’s heart is apt,” says historian Mushirul Hasan, who is writing Mahatma Gandhi​’s biography, in the article. “Besides being a great novelist, he was special to India because of his proximity to Gandhi, who was influenced by Tolstoy’s ideas on non-violence, chastity and sexual abstinence. Indeed, Gandhi went on to create a farm in South Africa that he named after Tolstoy.” “Some parts of Delhi, it would seem, remain firmly attached to the days of yore,” says the article.