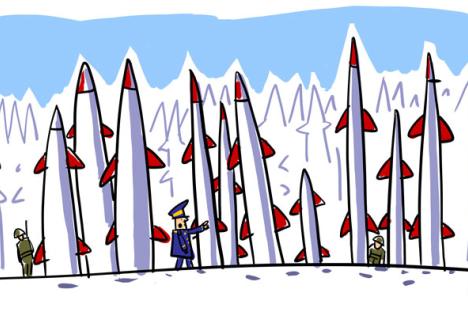 Although one of the goals of Russia’s extensive military reform was to create a force that was at least partially made up of volunteers, so far the country’s armed forces continue to rely heavily on conscripts.

Conscription has long been a problem for both Russian society and its armed forces. Yet, despite expensive post-1991 attempts to re-structure the military into a smaller, professional, volunteer armed force, Russia has thus far failed to effectively end conscription and develop a volunteer force capable of maintaining an active (not to mention capable) military. Socially, the failure is recognized and criticized. For many Russians, freely volunteering to become a new recruit, particularly into the non-commissioned ranks, remains a strange concept indeed. Even plans developed this year, in which Russia has actively been attempting to reduce conscription, still give it a significant role to play in the country’s armed forces for the next 10-15 years. One projection by Chief of the General Staff Vasily Smirnov proposed a total end result of 425,000 contract soldiers and 300,000 conscripts. If you consider that talks centered on abolishing the draft began nearly 20 years ago, these numbers are very unsatisfactory.

CSTO emerging as an alternative to NATO

Conceptually, the plans for Russia’s armed forces intended a vastly different outcome. Beginning in the early 1990s, Russia tried to start small and go big. Defense analysts proposed the creation of a small contract force that could act as a model for the military as a whole. This idea was widely popular – the Russian public was strongly against conscription and especially the use of conscripts in the wars in Chechnya. This small volunteer unit was created, but instead of becoming a model for the whole of the armed forces, it became separated from the larger conscription process, effectively creating an ad-hoc hybrid of a volunteer force and a conscripted force.  Additionally, many of these volunteers joined the military for all the wrong reasons and unlike elite divisions in the armed forces of other countries, this small group had few if any normative values to keep discipline in the ranks.

While this state of affairs was sufficient to fight skirmishes in Chechnya and the North Caucasus, this mixed model will not sustain the defense of Russia’s borders or interests. Some media sources have, directly or by implication, questioned Russia’s ability to support its allies on this basis after Russia did not answer the call of fellow Collective Security Treaty Organization (CSTO) member Kyrgyzstan following uncontrolled violence in that country in 2010.

The failure to fully develop a clear path away from the conscription model has also allowed a system of getting out of conscription to flourish. For those at or approaching draft age, escaping conscription has become an art form. With the fairly shady nature of Russia’s current system, conscription continues to collect only those in society with no money or connections to avoid it. The poor quality of recruits – both conscripts and volunteers – had led to the practical loss of Russia’s ability to use its military in accomplishing even rudimentary tasks on the ground.

Early indications are that the results of the fall 2011 conscription period have again been substandard, and it is likely that this trend will continue unless there is some dramatic change. As argued by Stephen Blank of the U.S. Army War College, the resulting continued extreme degradation of the Russian military is pushing Russia to depend more on nuclear weapons to defend against all threats, including potentially China, while relying on hopes and prayers that it will not have to actually use the military for any serious purpose beyond countering rebellion in the North Caucasus for the foreseeable future.

Due to Russia’s ineffective military reform and the half-hearted approach in eliminating conscription, if something dire should happen – for example, if serious fighting were to break out again in the Central Asian republics that would require Russian intervention within the context of the CSTO – the chances of a substantive breakdown within the Russian military would be made all the more likely.

Jason Vaughn is a researcher and journalist working on Russia’s military and the conflicts in the North Caucasus.