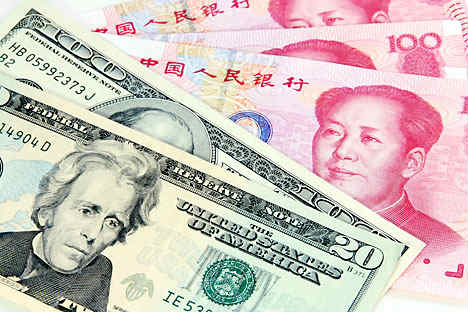 Asia - Pacific region is attracting the increasing attention of Western politicians against the backdrop of Chinese growing military and economic might. For instance the US influence had been indisputable until recently but today China’s intensifying efforts to raise its profile in the geostrategic area is something seen with the naked eye. US analysts sound the alarm saying the Chinese simply “pick up” the countries the US administration failed to build relationships with.

No doubt the Washington’s many years old human rights rhetoric, grown to become a foreign policy dogma, failed it. By ostracizing the ruling regimes in the Asia – Pacific for their incompatibility with “democratic values” in the US perception, it has involuntarily pushed them into China’s embrace. That’s the way it happened in case of Myanmar (Burma). Till the USA criticized the Myanmar leadership for lack of freedom the Chinese promoted their interests there while cooperating with the powers that be of this poorest country at all levels. The Myanmar’s economy and infrastructure received from China dozens of billion of US dollars, about the same amount was rendered as military aid. Myanmar President U Thein Sein’s visit to China in 2011 became an evident prove of the growing bilateral cooperation. Then the China’s leadership said very important things about Beijing and Rangoon sharing strategic vision of international problems, the fact that couldn’t go unnoticed by the White House and not put it on guard.

A Mandela Moment In Myanmar

The Myanmar’s geographic position has an important military strategic advantage – common border with India, China. Thailand and Laos. Myanmar is a good platform to exert pressure on China and exercise control over the strait of Malacca, passed by about 50 thousand ships yearly (one fifth or one fourth of the world commodity turnover). 11 millions barrels of oil are shipped through the strait daily. One of the oil consumers is China. Moreover Myanmar is rich in resources: oil, tin, tungsten, zinc, lead, copper, coal, precious stones, gas. It allows to easily win influential neighbors favor. Under the given circumstances Washington’s calls for the country’s international isolation will hardly produce any results. Myanmar will always find someone instead of the US.

The same story takes place in case of a small island nation called Timor-Leste. The island enjoys an advantageous geographic position. It’s situated at arm’s length from neighboring Australia and Indonesia, the bottom of the Timor Sea is rich in oil and gas. For instance, the Bayu - Undan’s oil reserves are estimated to be $ 3 billion. The vicinity of the strait of Vetar is important too. It’s a deep water strait and is ideal for submarines passage from the Pacific into the Indian ocean. In contingency submarines effective activities will require control over it, that, in its turn, requires control over Timor-Leste. In 2002 this former Portuguese colony eyed by Indonesia became independent. Since then the Washington and Beijing have been vying for influence there, the last one doing much better. The Chinese have already received a $ 378 million contract for two power plants construction. Light arms, uniform and other military equipment are bought in China. There is a 4000 Chinese diaspora on the island. A $ 3 billion credit from China was agreed on in January 2011. Before the career open Timorese used to get education in Australia or the USA to be promoted to high positions in politics or economy. Now it’s not the case anymore, they prefer to go to China for the purpose.

As the situation dictates, Washington strengthens its military strategic ties with Australia and New Zealand. An Australian military delegation headed by Stephen Smith, minister of defense, visited the US in July 2011 on the occasion of the 60 anniversary of the bilateral alliance. Afghanistan and growing might of India and China were among the issues topping the agenda. Australia confirmed its resolve to go on being the US “south anchor” in South-East Asia (1). US State Secretary Hillary Clinton made public the Washington’s intent to make the XXI century a century of the US Pacific policy (2). Australia is the major US ally in this part of the globe, its army strength is 51 thousand and it has over 19000 reservists. The country’s mobilization reserve is 4,9 million men. Canberra’s military expenditure is 2% of its GDP. There are 16 US military facilities on its territory, including a missile test site and a navy communication station for nuclear submarines. Timor-Leste, Indonesia and Papua – New Guinea are situated to the North. The distance between Papua – New Guinea and continental Australia is only 145 km, narrowing down to just 5 km in case of the Australian Boigu and Papua – New Guinea. Vanuatu, New Caledonia and the Solomon Islands lie to the North- East of the Australian continent. New Zealand is situated to the South-East. Among the countries listed here only New Zealand is a staunch and unambiguous ally of Australia, be it economy or policy. The others are attentively (and not without results) viewed by Beijing.

The United States and Australia have an agreement on US military presence on Australian soil. No new bases are envisioned but the US servicemen have a right of permanent access to the Australia’s military infrastructure and the US naval presence in adjacent seas is to grow. Having military facilities in South Korea and Japan the United States is able to boost its influence in Western and Southern Asia-Pacific, including the South China Sea considered to be sovereign territory by the Chinese. The Sea control presupposes obvious geopolitical advantages once this waterway is the shortest and the most safe one for shipping from China, Japan and Russia to the Singapore strait and back.

New Zealand watches the Chinese Asia-Pacific diplomatic expansion closely, especially after China became close to the island nation of Fiji, situated in Southern Pacific, 1170 km from it. There is an apprehension that the very pace of Chinese – Fiji cooperation development may lead to one of the Fiji island becoming a place of China’s permanent naval presence. Here – the Chinese in Fiji, there – the Chinese in Timor.

Moreover, there is a chance the Chinese would have a foothold in the Seychelles. China’s Defense Minister Liang Guanglie said so in September 2011 in response to the Seychelles president James Michael’s proposal to host a China’s naval base on his country’s soil. Situated between Asia and Africa to the North of Madagascar in the Western part of the Indian ocean, the Seychelles is a country of great strategic importance. Control over a significant part of the Indian ocean, as well as the waters adjacent to the shore of East Africa (Kenya, Mozambique, Somalia) becomes possible once an adequate naval force is based there. The Seychelles signed a military cooperation agreement with China in 2004 that includes 50 Seychellois servicemen getting training in China (3). Besides the Chinese rendered significant aid to the Seychellois navy. In turn the Seychelles openly declared adherence to the principle of “One China” that is refused to recognize Taiwan. The Chinese navy ships already patrol narrow waters of the Indian ocean where the pirates threat is high. They need logistics resupply and maintenance facilities. May be that’s what the Seychelles may provide them with. Once the Chinese economy depends on external trade to great extent, Beijing has vital interest in eliminating piracy in this waters. Washington fears then there will be no way to push the Chinese navy out (2). In 2004 Booz Allen Hamilton, US government consulting firm, reported the substance of the Chinese tactics is to acquire a “necklace” of naval basing facilities in the Indian ocean (3). The Chinese interest towards the Seychelles evokes apprehension on the part of Washington keeping in mind there is a US unmanned aerial vehicles facility on the islands destined to tackle mysterious Somali pirates and exercise control over the territory of Somalia.

Still there are weak points of China’s position in the Asia-Pacific. Some experts say Beijing has no clear blue water strategy at the state’s level. Defense and promotion of economic interests is one thing, but a full-blown doctrine of strengthening its presence in the whole Pacific is something else.

A blue water strategy is something of a larger scale than just strategy and tactics adopted by a navy. It should comprise coordinated multifunctional activities of special state institutions – from major staffs and military experts to oceanographic institutes and economists. That’s why China will avoid sea conflicts as long as it can to upgrade its naval potential and implement its strategy towards Pacific countries including those in the immediate vicinity of the two major US allies – New Zealand and Australia. Beijing needs time. China relies on diplomacy (inexpensive means of taking care of its interests) and economy. In case of economy China’s advancement into Africa is a good example: in 2003 the bilateral trade turnover was $10 billion, it was already $20 billion in 2004. China signed agreements on cooperation in the field of natural resources extraction with Angola, Nigeria, Zambia, Congo, Zimbabwe etc. Asia-Pacific is still only third China’s aid recipient – after Australia and the USA but it strives to get a foothold in as many strategically areas as possible, so that at the moment the US becomes critically weak it could start a dialogue with it not from the position of weakness but rather the position of strength.