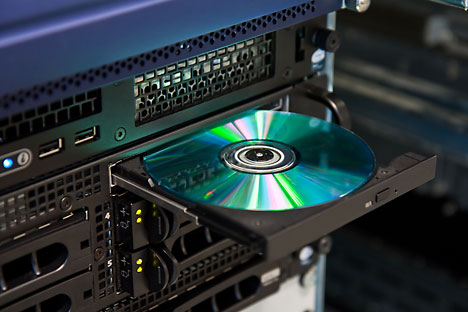 After a tender process and several months of development, the Russian system intended to replace Windows in the country has been approved.

The prototype of the National Software Platform (NSP) – the Russian operating system that is intended to replace Windows on computers in public agencies and schools – has been approved by the Ministry for Telecommunications. Instead of providing a single NSP distribution, the developer – PingWin software – is suggesting four, one from each major Russian Linux developer.

Russian officials hope that, in due course, the National Software Platform will help save the money currently spent on software licences. They are planning to cut spending by 80 percent or 1.72 trillion rubles ($55.3 billion) within a few years, according to the project presentation.

The NSP first appeared in the news in the summer of 2010. Russian officials decided not to reinvent the operating system but, rather borrow a distribution of Linux, a free operating system with open source codes. Under the 2010 state program for promoting an information society from 2011 through 2020, in the first two years, NSP development would require 490 million rubles. Within 12 months of the program's launch, NSP is supposed to account for 2 percent of all OS installations on Russian computers – mostly through a roll-out to organizations funded by the state budget, although governmental bodies at both the federal and regional level are not included. In two years, the figure is expected to rise to 5 percent.

PingWin software was awarded the contract to develop the NSP in September 2011 through a competitive tender. The company is a branch of the NGI fund, which is partially owned by former Telecommunications Minister Leonid Reiman. Ironically, even though it took part in the tender, PingWin supported the protest of the Russian Partnership for Promotion of Free Software Development (RASPO) against the tender and even against the very idea of creating a single NSP distribution. PingWin General Director Dmitry Komissarov promised to engage programmers working for RASPO member companies in developing the national platform.

PingWin was ready with the prototype documentation in late October, but it took the state almost two months to approve it.

A prototype is a “complex thing,” said Vitaly Lipatov, an expert on the inspection board and General Director of the St. Petersburg-based Linux developer Etersoft. It is a large project with 73 test phases, each of them more than just “pushing a button.” Tests were run for five days, including three days at the ministry and two days via remote access. According to Telecommunication Minister Igor Schegolve, the project was examined and sent back for revision more than once, but finally at the end of December, the commission announced that PingWin had corrected all the major faults.

Creation of the NSP prototype has resulted in development of the terms of reference for creating the platform itself. According to Komissarov, PingWin suggested having four release packages instead of one, to be based on the four major Russian distributions – Alt Linux, MSVSfera, Naulinux and Rosa. PingWin demonstrated that these distributions would be mutually compatible.  A pool of algorithms and software compatible with all distributions will be formed and there will be a single operator managing this pool.

Deputy Telecoms Minister Ilya Massukh said that it would be possible to develop NSP software not only based on the Linux OS: ministries, agencies and other organizations financed by the government will be able to lease software via Internet cloud services.

First published in Russian at vedomosti.ru.