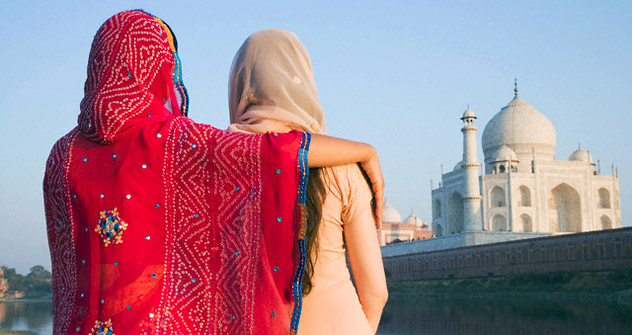 Are all women from Central Asia Russians? And are all women from the region doing something “fishy”? The reported instruction by India’s foreign office to its missions in the region to filter out potential sex workers threatens to revive distorting stereotypes and could deter female visitors from coming to this country.

A story in the front page of the Times of India, India’s leading daily, a few days ago said the Indian Foreign Ministry had instructed its embassies in Russia, Ukraine and two Central Asian countries to “filter out” potential sex workers. The news story created some consternation in Russia as it was seen to be targeting women from a particular region. The news, however, did not surprise Natalya (name changed), a Russian citizen working for a software company in Mumbai. “They assume that we are all prostitutes,” says Natalya says, indicating that she had trouble with the Indian bureaucratic machinery, and particularly the Foreigner Regional Registration Office (FRRO). “It’s a humbling experience to go to the FRRO but I am not alone in my views.”

Foreign nationals working in India need to register at the FRRO within 14 days of arriving in India. “My company has a lawyer who helps me with the documentation, but it’s a big task getting the registration done,” says Natalya. “The fact that I am a technical specialist with a Fortune 500 company does not seem to matter to the officer!” She added that even Russian women who work as teachers or in non-governmental organisations have a tough time with registration officers. When this reporter called the FRRO for comment, the line was transferred thrice before an “impolite” man at the other end of the phone said he didn’t talk to the media.

Is there a stereotyping of Russian women in India? If so, where does it come from? It’s not intentional, but some cases of women from Central Asia (who are confused with Russians) being arrested on charges of prostitution in India and these reports being flashed in the media have tended to create negative images. Taking advantage of tourist visas, police sources say many women from Central Asian countries have been found to indulge in the flesh trade in India. But it’s clearly unfair to tar every female visitor from the region with the same brush.

Natalya, who has lived in Mumbai since 2009, says that there were also issues for some of her friends who wanted to visit India. “There were rumours that the Indian embassies and consulates would not give visas to young women who were not accompanied by a male relative,” says the 32-year old Russian expat. Such reports were published in the Russian press with denials from Indian officials. According to Natalya, the “Goa crowd” and a “few bad apples” have made life difficult for those Russian women genuinely interested in visiting and living in India. “I met a couple of Russian-speaking girls near a swimming pool that is popular for expats and they told me that they were into event management,” the software programmer says with a smile. “Event management” was how the girls from Central Asia described the world’s oldest profession.

Housing problems also plagued Natalya in Mumbai, when conservative housing societies would not allow people to lease their flats to single foreign women. “That changed when my husband also found a good job in Mumbai.”  When told that housing discrimination in Mumbai affected minorities, non-vegetarians, Indian single men and women, groups of young people (regardless of nationality), Natalya hit back by saying that the “Russian” tag scared people from renting out their homes even in the trendiest and most cosmopolitan of Mumbai’s suburbs. “You can be from Turkmenistan and they’ll still call you a Russian...How many Indian expats would be happy if all Pakistanis or Bangladeshis in their adopted country were called Indians?”

Despite bureaucratic hassles and ignorance among some sections of society, Natalya loves living in “the Maximum City.” She has learned Hindi and has integrated into the cultural life of the city. “There’s always something to do, the food is great and cheap and it’s always summer.” Natalya has also embraced what she calls Indian values and says she admires the “integrity of Indian families.” After three years in Mumbai, Natalya finds herself thinking more like an Indian: “Going home one evening, I saw a few foreign girls in skimpy clothes smoking outside a popular bar and I shook my head in disapproval...when I walked past them, I heard the conversation in the Russian language!” Natalya found it hard to believe that the tall and young brunettes were from Turkmenistan! This should have given Natalya some idea of where the ‘Russian women stereotype’ in India came from. But then, this is no excuse for persisting in ignorance.