Snail mail for the electronic age 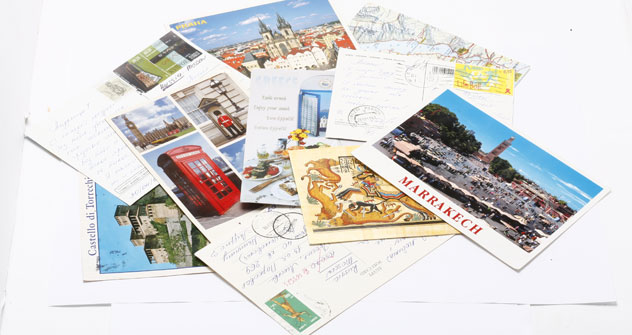 Russia has the second largest number of members in the postcrossing movement. Source: ITAR-TASS

Members of the international Postcrossing movement will soon record the 10 millionth postcard received as part of their initiative. Russia has the second largest number of members in the movement.

Today few people get letters or postcards; what we extract from the mailbox is mainly paper spam. Yet nearly 300,000 people in 201 countries are sending hundreds of postcards by regular mail. They are members of the international Postcrossing project. In Russia, more than 28,000 participants have sent over half a million postcards worldwide.

But in the 21st century, even snail mail comes with an online component. Participants in the project get a randomly selected address of a stranger from the Postcrossing.com website. They then send a postcard to that address, get one in return, and record the result on the site. You can send five postcards at any one time (with an additional one for every 50 cards). Participants must know English, which is the main language of correspondence. Postcards from around the world are scanned and posted on the site.

According to the postcrossing.com site, “If you send a postcard, you will receive at least one back from a random Postcrosser from somewhere in the world. The element of surprise of receiving postcards from different places in the world…can turn your mailbox into a box of surprises.”

The idea of Postcrossing was developed by Paulo Magalhães of Portugal, who created site as a student in 2005. The project’s 1 millionth postcard was registered in 2008, the 9 millionth in November 2011, and the 10 millionth is about to be recorded. Currently, messages are being sent at a rate of 800 per hour. Over the past six years, the postcards have covered a total distance of 3 trillion miles.

Designer Alyona Geraschenko of Moscow, who has been involved in the Postcrossing project since 2007, has sent 2,000 postcards. The oldest addressee was a 96-year-old grandmother in the United States and the youngest was an unborn baby from Asia (a pregnant woman asked for a “Welcome to the world!” postcard for her future son). Geraschenko did not know either of the two women at the time she sent the postcards. This is what makes the project unique: The recipient of the postcard is determined by a computer. While Geraschenko never knows the recipient of her cards, sometimes she doesn’t even know where they are from. For example, she had to search a map for Tuvalu – an island nation in the Pacific.

Geraschenko learned about the Postcrossing movement by chance, became interested in it and convinced her friend, accountant Anna Mironova, to join as well. Mironova has been involved in the project for two years now. Most of the participants are women; men make up just a quarter of the Postcrossers.

The movement is made up of people from all demographics Geraschenko once attended a meeting of Postcrossers in Moscow, which brought together participants from various cities, and she was surprised to see the diversity of the participants: they included a biker, an old woman, a young mother and a 12-year-old girl. The project’s site offers brief introductions to the participants, so the content of postcards can be personal. For the most part, people write about themselves: How they live and what they do. They write about their countries, and suggest what the recipient should see and try if they ever happen to be there.

There is a world of difference between electronic and handwritten messages. “Electronic mail is not a live thing,” said Geraschenko. “By contrast, here you have handwriting that you try to make out. Besides, in a postcard you try to be brief because space is limited.”

Geraschenko recently bought 100 postcards at the Post Museum in Helsinki. “I walked into the shop and left a lot poorer,” she said, “Although that isn’t the most postcards I have bought at once.” Geraschenko, who has a degree in graphic design, used to design postcards. She is now thinking of starting a business making them – if just to save herself some money.

Usually it takes about three weeks for a postcard to reach the addressee, if they are not lost. According to Geraschenko, about 15 of the postcards she sends a year get lost. “Before sending a postcard I scan it. The statistics on the site show which postcards have been sent, which have been delivered, and which have been lost. I look at the ones that get lost and I feel sorry because they’re the most beautiful ones. I have a suspicion that the postmen steal them.”

The project participants are a godsend for postal services in all countries. In thanks, the Dutch postal service issued a special Postcrossing stamp last year.