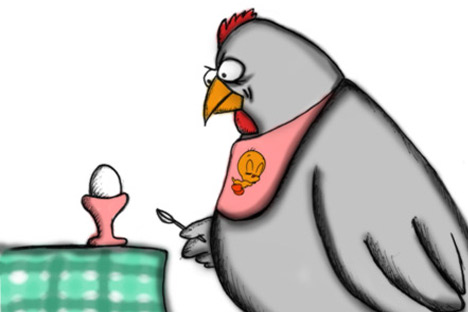 Today it is evident that the 20-year transition to a market economy and democracy has turned out to be far more difficult than expected. But at the same time, there are a number of reasons to be optimistic about the future.

When Soviet President Mikhail Gorbachev stepped down 20 years ago, on Dec. 25, 1991, it ended the 70-year history of the Soviet Union and began Russia's transition to a market economy. Government control on the prices of consumer goods were lifted on Jan. 2, 1992, and within a matter of weeks, the planned economy, long lines and deficits became a thing of the past.

Today it is evident that the 20-year transition to a market economy and democracy has turned out to be far more difficult than expected. But at the same time, there are a number of reasons to be optimistic about the future.

First, it is clear that the basic laws of economics apply just as much to Russia as they do everywhere else. Responsible macroeconomic policies, market-based pricing policies and private property are the driving forces behind economic growth. Once a large part of the economy had been privatized by the end of the 1990s, most prices were unregulated, the budget was balanced, inflation was brought under control and the economy began to grow rapidly. During the decade from 1998 to 2008, the economy grew on average at the annual rate of 7 percent, similar to the rate that the Asian tigers grew when they were at a similar level of development. Needless to say, the Soviet Union never came close to these growth rates.

The second lesson from this period is the large role that political and legal institutions played in the growth, particularly those that protected property rights and enforced contractual obligations. These institutions are very difficult to build, especially if they have no political support. That is why reformers tried to create a critical mass of private property owners. In contrast, inert state-owned companies cared little about creating a competent and honest bureaucracy, an independent and effective judicial system, investor rights, competitive markets and anti-monopoly legislation and regulations.

But here we run into a chicken-and-egg problem. It is impossible to build such institutions without a large class of private owners. In the second half of the 2000s, the authorities, who had complete control over the state bureaucratic machine, did not build effective public institutions or implement serious reforms. It was not because they were unable to do so, but because there was no demand for institutional reform.

In the 1990s, it was private business that provided the main support for the reforms implemented by then-President Vladimir Putin during his first term. Private business also provided the main impetus for growth in the 2000s. But that strategy also led to significant problems. Because privatization was conducted without the foundation of firm political and economic institutions, the public perceived privatization as largely unfair and illegitimate.

This, in turn, created demand for a wave of nationalization during Putin's second presidential term and prompted the authorities to increasingly speak of "stability" — or what others refer to as "stagnation." Thus, public institutions must be improved and corruption eliminated for economic growth to continue. But to overcome corruption, far more competition must be introduced to the political sphere, and that is a direct threat to the current political elite. That is why the authorities want to preserve the status quo, even if it provokes ever more capital flight, brain drain and a prolonged economic downturn. From their point of view, it is better to stay in power in a stagnating economy — especially if they can still profit from oil revenues — than to lose power in a growing economy.

But the December protests showed that a middle class with growing incomes now exists in the country, particularly in the larger cities. And this leads naturally to the third lesson of the last 20 years of reform — that economic growth eventually leads to a demand for political reforms. The dispute over the "modernization theory" first put forward more than 50 years ago by U.S. sociologist Seymour Lipset, has now ended — at least for Russia. It no longer matters who correct — those who argued that democracy must be introduced to end corruption and facilitate economic growth, or those who supported Lipset's thinking, including the architects of Russia's "managed democracy," who held that economic modernization was the prerequisite to building a firm foundation for democracy.

The December protests relegated that debate to the annals of history. Russians in Moscow and many other cities now have incomes large enough to shift attention away from the former 1990s-era staple issues of receiving back salaries and food prices and toward more "democratic issues," such as free and fair elections. That new reality has not gone unnoticed by the authorities, who immediately, but reluctantly, agreed to make some concessions to the protesters.

This means that the 20 years of debate over which is more important — the economy or the political system — has now ended. The economy has already reached the level of development at which political change is inevitable. In the coming years, if not months, we will likely see the building of a democracy based on competing political forces and the creation of modern political institutions, increased transparency and the accountability of government authorities before the public. And that is certainly good news for future economic growth in Russia.