Can a businessman make a good politician? 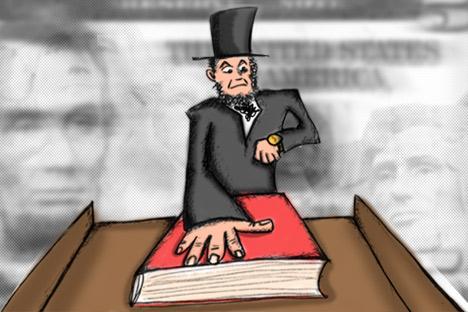 Are the skills learned in business school transferable to the political stage? Or are they not even much good for business leadership?

Much ado has been made in the last two weeks about Republican presidential candidate Mitt Romney’s business experience. Some – including his Republican challengers for the presidential nomination – want to link him to Wall Street and all that entails, even though two of his former employers, Boston Consulting Group and Bain & Company, are in consulting and based in Boston rather than in New York.

Others, however, maintain that such a business leader is needed to get American growing again and point to his role as co-founder and general partner of private equity firm Bain Capital. Niall Ferguson, for instance, the noted presenter and pundit, said last week on Bloomberg TV, where he is a contributing editor, that Romney’s experience with start-ups and turnarounds was exactly what American needed.

As a professor of business administration at Harvard Business School with conservative leanings, Ferguson might be expected to say that, but in his other capacity as professor of history at Harvard, he really ought to know better. Business education or success hardly guarantees success in politics: Running a country requires far broader skills than managing a business.

In his Bloomberg appearance, for instance, Ferguson made no mention of the last Republican president, George W. Bush, who, despite his Harvard MBA and business experience, blundered into the Iraq war and ratcheted up America’s already huge debt. And it was of course “business types” at financial institutions who facilitated the huge amount of sovereign and personal borrowing that got the West into its current mess. Indeed, there is a strong argument that the narrow case-study approach to business education pioneered by Harvard Business School actually works against the broad strategic thinking necessary in politics, and indeed in business. After all, precious few in business and finance noted the impending financial crisis until just a few years before it broke – despite steadily rising debt levels in the West.

Students taking Politics 101 soon learn that most career politicians in Western democracies have in fact studied law rather than business. Abraham Lincoln, probably America’s most revered president, was also a lawyer by profession before entering politics. Even in Russia, three of the country’s last four leaders – Mikhail Gorbachev, Vladimir Putin and Dmitry Medvedev – studied law. (Incidentally, Boris Yeltsin was trained as an engineer).

Putin and Medvedev frequently point to their own business experience, but this is largely confined to state-owned companies, so they lack first-hand knowledge of private enterprise. Yet another reason, perhaps, why the country’s business and investment climate is so bad.

Among the candidates in Russia’s presidential election in March 2012 is Russia’s third-richest man, the multi-billionaire businessman Mikhail Prokhorov. In summer 2011, Prokhorov took the reigns of the pro-business Right Cause party ahead of the parliamentary elections on Dec. 4, but he quickly ran into trouble. His party colleagues accused him of using the same authoritarian management methods he applied to his businesses. After he was ignominiously ousted, Prokhorov claimed he had been set up by the Kremlin – the lawyers, it seems, had outmaneuvered the businessman. This was hardly surprising since the Kremlin had earlier tamed those oligarchs of the 1990s with pretentions to political influence – Vladimir Gusinsky, Boris Berezovsky and, most famously, Mikhail Khodorkovsky.

Undeterred by setbacks last summer, however, Prokhorov showed up personally at the Central Electoral Committee on Jan. 18 with boxes containing the two million signatures required to get on the ballot in the March presidential elections. But we are unlikely to find out if Prokhorov would make a good president since, despite Russia’s nascent protest movement, Putin looks certain to be re-elected for a third term.

Does business experience really help in politics? Certainly, some of the greatest leaders in world history have had none – Alexander the Great, Julius Caesar, Genghis Khan and Napoleon are just some examples, although many would argue that the brutality of the first three in particular disqualifies them from greatness.

Nevertheless, business academics frequently turn to such great historical figures to find the secret of their “strategies,” “management techniques” and “leadership styles” to apply it to business. But as the German sociologist Max Weber pointed out a century ago, great leaders usually exude charisma in spades – and that is surely an innate quality that cannot be learned or acquired.

An even more interesting and topical issue is the paradoxical question of whether business experience and degrees like MBAs qualify people for business at all.

As early as 1980, Harvard professors William Abernathy and Robert Hayes characterized the then-new American management orthodoxy as “short-run financial criteria, corporate diversification and risk minimization and over reliance on marketing rather than production and technology.” Business Week criticized “paper management” – the shuffling of assets rather than knowing “the speed and feed of machines.”

When the Clean Air Act was passed in the United States, the joke in Tokyo and Osaka was that while Ford and General Motors called in their lawyers, Toyota and Nissan called in their engineers.

It is a paradox virtually no one ever notices that Japan and Germany, two of the richest and most successful manufacturing countries and exporters in the world, cannot muster one well-known business school between them.

Unfortunately, in these difficult times, virtually no politician anywhere seems up to snuff.