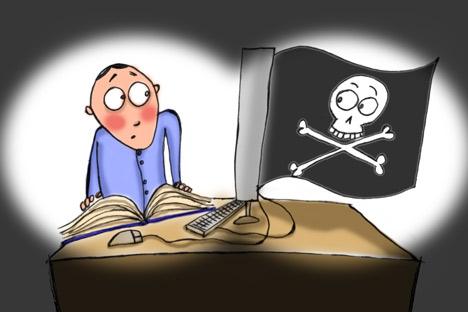 U.S. moves to regulate the Internet go counter to the country’s claims about freedom and democracy.

The online world is abuzz with the news that the U.S. Congress is launching a debate on the controversial Stop Online Piracy Act (SOPA) aimed at protecting American intellectual property. The industry’s big boys – Google, Facebook, Yahoo!, Twitter, Mozilla and eBay – have joined forces to protect innovations.

Until recently, Russia was on the receiving end of all the flak because not everyone in the West understands the rules we follow. There is a feeling that the Russian government might be seeking to tighten state control over the Internet. Yet this country is not even contemplating the possibility of blocking access to Twitter or Facebook in the event of social unrest, whereas some European countries have openly declared that they would apply precisely such a measure.

It is impossible to block or censor the Internet, otherwise it would be robbed of all meaning. Here in Russia, therefore, all the suggestions concerning cyberspace, be it for protecting copyright or combating child pornography, are discussed with industry experts.

The bill opposed by the Internet community is being strongly lobbied by major American associations of intellectual property holders. Under the bill, any player in the Internet community, from providers to searchers and even advertisers, would be obliged, at the right holder’s demand, to stop rendering services to a resource accused of piracy and to cut all links with it.

Moreover, adoption of SOPA will not only undermine development of the Internet as a business space, but might also become an instrument for censorship, which runs counter to democratic principles and is at odds with the position taken by U.S. Secretary of State Hillary Clinton, who likes to talk about “fundamental freedoms” for the Internet, especially when Twitter and Facebook are mentioned.

The bill obviously seeks to bring the virtual world under the jurisdiction of a specific state. Under the SOPA procedure, not only sites with servers located on U.S. territory, but any resources to which that country’s citizens have access, may be blocked. And that means 99 percent of the Internet.

Meanwhile, an ordinary user whose honor and dignity may be compromised in a given Web publication has no right to demand that the resource be closed or that even these specific materials be removed.

A major cause for concern is the fact that the tightening of control over the content of websites might undermine cyber security.

Within a short space of time, the web has spread throughout the world to the extent that the functioning of our civilization hinges on it. The Internet can be compared to the advent of the automobile. There were no government traffic rules until the number of cars reached a certain critical mass.

The consequences of illegal and willful use of technologies, including for terrorist purposes, might be compared in scale with the damage caused by use of conventional or even mass destruction weapons.

An international code of conduct in cyberspace might go a long way towards checking abuse of information technologies to cause harm to individual states and the world at large.

Not all states are ready to sign a legally binding convention on the Internet, but the nature of the Internet is such that, unless everyone adheres to such a binding agreement, it will be ineffective. A dialogue is needed to determine the basic concepts, for a start.

The states that would join the code of conduct would undertake to cooperate in combating criminal or terrorist activities that use information telecommunications technologies, including the web, on the condition of respect for the rights and freedoms of citizens in the information space, including the right to search, obtain, transmit and disseminate information in accordance with the national laws.

Punishment of those who have committed offenses in the information space must be proportionate. The same applies to the powers and legal process concerning the facts of such offenses.

Of course, full state sovereignty and the boundaries of national regulation, including of virtual space, must be inviolable.

The Internet is so structured that it suffices for one or two states to remain outside the common system for somebody to come along who would use the network’s potential to attack a critical infrastructure and certain information resources, personal rights and intellectual property rights of our citizens, using these loopholes.

All states must get together to seek new rules and new mechanisms for protecting cyberspace and renouncing double standards in order to prevent a web blackout.

Igor Shchegolev is the Russian Minister of Communications and Mass Media.