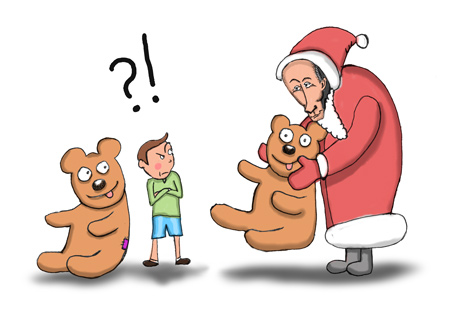 Mass protest rallies in the wake of the parliamentary elections changed the political situation in Russia but not enough to prevent Vladimir Putin from becoming president for a third time.

Ivan, a 20-year-old physics student at a Moscow university, was sitting on a tree on Bolotnaya Square holding a poster that read: “Moscow does not believe in United Russia.” “I was an observer at the elections and I was thrown out of the polling station because I was recording violations on my camera. I am here because I was treated as a fool and I didn’t like it”, he explains.

Recent history would seem to suggest that Ivan is a typical representative of the protest movement. In reality, Russian students are, for the most part, passive and apolitical. Unexpectedly, the middle class has emerged as the driving force behind the protest. Its representatives made up the majority of the protestors, whose numbers have been variously estimated at between 50,000 and 100,000 and who took part in the two December rallies. VTSIOM polls at the second rally revealed there were few students, while the majority of protesters were over 20 and 37% were over 45. Seventy nine per cent were graduates.

What caused the protests?

There used to be a tacit understanding between the middle class and the authorities that the former would stay out of politics. “Your loyalty in exchange for stability”, as one sociologist and economist, Alexander Auzan, put it. Boris Akunin, author and a leader of the current protests, came up with a more pithy formula: “Do whatever you like to us, but don’t take away the popcorn.” Be that as it may, the middle class had, indeed, forgotten about politics and immersed itself in the business of building a consumer society.

Yet, at some point, that covenant was broken.

“Up until now, all we have wanted has been calm – after the Revolution, wars, Stalinism and all that. We wanted an opportunity to work, to settle down, to buy an apartment. We are grateful to the authorities for providing such an opportunity. But now people need something more”, says Fyodor Sheberstov, a 46-year-old employee of a head-hunting agency who was attending a rally for the first time in his life. “Today, after the economic crisis, the regime can no longer deliver stability. The foundations on which power has rested since 2004 are being dissolved. That accounts for the anger over the electoral fraud”, is Alexander Auzan’s analysis of the current protest phenomenon.

“I have always had strong political views”, says businessman Vladimir Tsai, also a first-time protestor. “Yet, previously I trusted the authorities. I thought: OK, things will improve even if it takes some time. I was prepared to tolerate many things in the hope that my children would live better. And then it dawned upon me that nothing was changing. I am fed up with waiting. So I began by voting against United Russia.”

Those who support the establishment claim that the protest potential is small and is mainly confined to the Internet. Last autumn, the Russian Academy of Sciences’ Institute of Management Studies carried out a study, commissioned by Ekspert magazine, to assess the size of the Russian Internet’s politicised segment. They sifted through the entire body of messages in Russian in the social networks over two weeks and counted all the messages containing words connected with politics, such as “Putin”, “Medvedev”, “Navalny”, “United Russia” and so on. The result was startling. While there are 60 million Internet users in Russia, only about one thousand created “political” content and about 30,000 commented on it. “It is hard to tell how many people read this content and one has to remember that the study was carried out before the elections and the protest actions but, even so, the protest potential cannot be more than a million people”, concludes Valery Fadeyev, Editor-in-Chief of Ekspert and a member of the United Russia party. On the other hand, even if one trusts the official election returns, United Russia lost 15%, or nearly 10 million votes, compared with the 2007 parliamentary elections. Taking the vote-rigging into account, it lost even more. This is the real protest potential, the opposition claims.

In reality, both sides are right – only they are speaking about different forms of protest. Compared with 2007, Russian society is much more critical of the authorities. “People have voted against United Russia because corruption has reached an unbelievable level. Ours is a small town of just 60,000 people and everybody knows how much you have to pay to get a job at the prosecutor’s office, police or a law court. Nothing can be done without bribes. This was not the case even five years ago”, a resident of a provincial town in the Rostov Region I visited shortly after the elections explained to me in simple terms.

It is rampant corruption among Russian bureaucrats that is the main cause for protest voting. Popular blogger Alexander Navalny was the first to sense that trend and to coin the phrase that has become so popular: “United Russia is a party of crooks and thieves.”

But there are two important things to bear in mind. First, the flak is directed at local officials and not at Vladimir Putin. Second, protest in the provinces is passive. In the above-mentioned town in the Rostov Region, United Russia won about 60% of the votes, according to official data. Everybody in town knows that is not true yet not a single person came out in protest. These factors essentially guarantee that Putin will be elected for a third presidential term and explain the reaction by the authorities to the mass protests.

How the elite reacted

The reaction was contradictory. On the one hand, the authorities made concessions. The legislation on political parties has been liberalised and the practice of direct election of governors, discontinued under Putin in 2004, is to be restored. Vladislav Surkov, whose name is associated with all the undemocratic reforms of recent years, has left the presidential administration. Yet that is all the protestors have managed to achieve. Even though Vladislav Surkov described the protesters as “the best part of Russian society”, Vladimir Putin, in his Izvestia article, challenged their bid for power: “What is there to negotiate? How to structure government? To hand it over to ‘the best people’? And what then?” In other words, the people who joined the protest rallies are ‘the best’ but there is no chance that power will be handed over to them. The protestors’ main problem is lack of charismatic leaders. Most of the people who came out into the squares mistrust those who are thought to be opponents of Vladimir Putin. This applies to the liberals led by Boris Nemtsov and Garry Kasparov, as well as to various left- and right-wing radicals. That is why the protests were, unexpectedly, led not by politicians but by writers, journalists, musicians and bloggers. They headed up the Voters’ League, a non-governmental group that intends to see to it that the presidential election is fair.

But the Voters’ League has no ambition to become a political party. Former finance minister Alexei Kudrin and billionaire Mikhail Prokhorov are trying to create political structures capable of expressing middle-class protest. This is hardly a sign of a split within the Russian ruling elite. The signs are that Kudrin and Prokhorov are launching their projects with a nod from and under the control of Vladimir Putin, who is a friend of the former and a boon companion of the latter. In fact, it is a matter of who will control the protest movement, the radically-minded bloggers like Alexei Navalny or “establishment” guys like Kudrin and Prokhorov.

Much will depend on how fair the March 4 elections are. Vote-rigging will trigger fresh protest. On the contrary, relatively fair elections with a minimum of fraud will cause Putin’s opponents to acknowledge his victory.

Indeed, most protestors are against radical change. Addressing the rally on Sakharov Prospekt, Alexei Navalny enthused: “I see here enough people to take the Kremlin and the Government House right away. But we are a peaceful force and we will not do it. Not yet…” His revolutionary élan clearly led him to overestimating the popular appetite for revolution. The Russian middle class wants the authorities to hear its voice but it is not ready to go to the barricades.

The moral is that, barring some strategic blunders on the part of the authorities and a serious economic crisis, a showdown between the authorities and its opponents may only occur in five years’ time, when the new Duma is elected. The opposition during that election may well be fragmented because the current protest actions have brought together the right and the left, the nationalists and the socialists. While they may unite over individual issues, they are worlds apart ideologically and will never act together during elections. But if somebody manages to organise the middle class and promote new leaders, it might challenge United Russia in future elections. Only then can Vladimir Putin’s political future become an issue. Until then, his position appears unassailable.