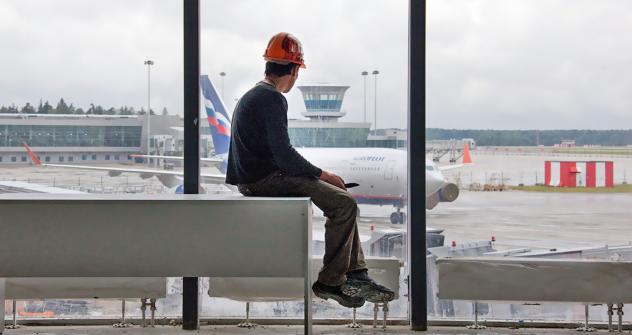 It remains to be seen whether Russian Prime Minister Vladimir Putin's attempts to propose tougher measures on illegal immigration will backfire. Source: Photo by Ilya Varlamov

Russian Prime Minister Vladimir Putin has been sounding off on illegal immigration, but could his strategy backfire?

Russian Prime Minister Vladimir Putin is ramping up election season rhetoric over illegal immigration. So far, proposals include cracking down on employers who hire illegal immigrants and forcing migrants to take exams in Russian language, literature, history and culture.

Does nationalism find a favorable ground in Russia?

At first glance, Putin’s proposals seem logical. Illegal immigration has been increasing in Russia – and along with it, an increase in ethnic violence and nationalistic rhetoric.

According to recent data from the Federal Migration Service (FMS), about 14 million immigrants arrive in Russia every year. Seventy-seven percent of them hail from the former Soviet republics, while an additional 10 percent from the eurozone. More than 2 million illegal immigrants move to Moscow every year, along with 400,000 legal ones.  Many illegal immigrants work in the construction sector, which is the sector likely to be most affected by the prime minister’s suggestion that those who employ illegal immigrants and provide them with housing face imprisonment.

“There are a lot of illegal immigrants in Russia,” said Valeria Kasamara, the head of the Laboratory for Political Research at Higher School of Economics (HSE). “These people hide from police, live in bad living conditions, violate the laws and, to put it mildly, create uncomfortable environment for some locals.”

Kasamara has mixed feelings about Putin’s initiative. “On one hand, it [the mandatory examination of foreigners] is a filter for migrants, which could be helpful in attracting foreign specialists and professionals in the country,” she said. “But on the other hand, most well-educated migrants chose other countries for their occupation and Russia has fallen behind.”

At the same time, she says, these restrictive measures are hardly likely to be effective at combating illegal immigration because it doesn’t get to the root of the problem.

Yury Korgunyuk from the Moscow-based Indem think tank echoes this opinion. He views Putin’s proposal as “a typical attempt of the police regime to resolve a complicated problem.”

“Instead of changing the system and working on conscious migration policy, Putin proposed tough measures that may result in a growing level of corruption, but not resolve the problem,” Korgunyuk said.

The new requirements are expected to come into force in 2013 and will affect not only those applying for citizenship, but also those who are applying for work permits.

American and European businessmen working in Russia have concerns about Putin’s rhetoric, although it remains unclear to what extent Putin’s proposals will affect them. “I think it is self-evident that Russia's future as a wannabe Great Power depends upon its ability to attract, not repel, millions of immigrants,” said entrepreneur and banker Bernard Sucher, a member of the Board of Directors of the Moscow-based Aton Group. “No doubt, Mr. Putin understands this perfectly well; so let's assume that his comments are merely rhetoric meant to stir a largely apathetic electorate.  If, however, the prime minister is serious – and directs the construction of further barriers to immigration – then Russia will inevitably be a poorer, less vital and less competitive country.”

Taken in the context of the 2012 presidential campaign, Putin’s comments can be regarded as an attempt to attract the not small segment of the Russian electorate that holds anti-immigrant or nationalistic views. Rallies sponsored by nationalist groups regularly bring thousands to the streets. But Korgunyuk relates Putin’s proposal to his populist attempts to gain votes from average apathetic people rather than from marginal nationalists. “Primarily, he [Putin] relies on an uninformed voter, on a man from the street [when he proposes to imprison those who hire illegal immigrants],” Korgunyuk said.