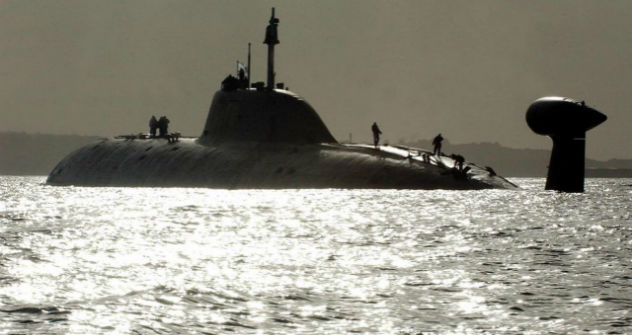 It is the time now that both the countries rise above the differences in bilateral defence cooperation, and fully match the potentials so that both countries can complement each other’s requirements. Perhaps the Akula-II submarine shows the way in that direction.

The year 2012 witnesses some of the significant achievements in India-Russia defence cooperation. One of the gaps in India’s defence arsenal is filled by the Russian Akula-II class nuclear-powered submarine ‘K-152 Nerpa’, commissioned to the Indian Navy on 23 January 2012. The nuclear powered submarine, to be leased to India for ten years, has been rechristened INS Chakra by India, and will be the only submarine that India will have after a period of twenty years. Reading meaningfully to this lease of the submarine, it must be emphasized that the bilateral defence cooperation is the bumper crop in the decades of cultivation in bilateral relations, despite differences, delays, and so many unsubstantiated rumours. It is also important to emphasize that the submarine added significantly to India’s defence capacity and its power projections.

In the past two decades since the end of the Soviet era there are undoubtedly logjams in defence cooperation, which are natural in a changing geopolitical and global setting. But, one thing that can be delineated in this changing dynamics is, barring initial two-three years up to the visit of Boris Yeltsin to India in 1993, the defence relations have never witnessed a drastic downturn. In the year Yeltsin visited India, both the countries signed a defence deal, which was further revitalized by his successors Vladimir Putin and Dmitry Medvedev. Though the aroma of the Indo-Soviet treaty of 1971 was diluted in later agreements, the basic parameter of relations guided by the principles of mutual benefit and pragmatism has never been compromised. The strategic partnership document of 2000 brought both the countries closer in developing common approach to confront various issues in the changing world. Whether it is to confront the tendency of unipolarism or Yevgeny Primakov’s vision of establishing a strategic triangle towards evolution of a multipolar world, or countering the menace of terrorism, or synergizing approaches on various contentious issues, the relations have never been shrouded by pessimism. And defence cooperation certainly added to this collective ambience, and provided a strong basis to boost the relationship.

It is common knowledge that India’s defence establishment could have remained elementary without significant Soviet support. The successor state of the Soviet Union, Russia is equally poised to play such a significant role owing to multiple reasons. Both the countries have a long history of defence relations, which provide ample scope to understand as well as appreciate each other’s positions and necessities. Many of India’s defence equipments are of the Soviet origin, hence Russia can play a crucial role to provide back up and support to these equipments. Russia’s role in this context is noteworthy. One instance will suffice: in 2006 when Tarapur nuclear plant in India experienced fuel shortage, Russia came forward to supply fuel.

Equally crucial is that India and Russia have enhanced the premium on their defence cooperation and entered into the field of joint design and development of defence equipments. Brahmos (combination of Brhmaputra and Moskva, prominent rivers in India and Russia) is a glaring example in this context. Perhaps, it is the only relationship, i.e. joint design and development of arms and armaments that any other countries enjoy in their bilateral relationship. Hence, it is necessary to see the positives rather than highlighting negatives in the defence relations. There may be negatives, such as delays, differences over pricing, etc., but those must be dealt with in an atmosphere of trust, friendship and mutual benefit. Past can be forgotten, but there are so many things which can be gleaned from the past and be made useful. In the context of India-Russia defence and space cooperation there are so many sagas of success and bonhomie, which can be hardly overlooked even in the changing world order. Whether it is India’s first astronaut Rakesh Sharma going to space from a Soviet space station, or Soviet Union playing a crucial game changer during the 1971 crisis that led to birth of Bangladesh, or providing India with arms and armaments to secure its borders in a challenging atmosphere, these are stories to be worth recounted. Even in the new world order, the cooperation in the joint development of Brahmos, or deals in the context of fighter planes like Sukhoi, or cooperation in space by collaborating in the Glonass system, these are some of the success stories in India-Russia defence cooperation in the post-cold war world order.

The Akula-II class submarine will provide leverage to Indian defence preparedness particularly its naval sector. It will be the only nuclear powered submarine in India’s navy, till its indigenously developed (but with Russian cooperation) INS Arihant is made operational by the year 2015, which may be delayed further. The 8140-ton submarine will provide the Indian scientists and sailors enough opportunity to use it towards developing Arihant. With a striking range of 3,000 km, the Akula-II class submarines are equipped with 28 nuclear-capable cruise missiles. However, reportedly the Indian version is armed with the 300-km club nuclear-capable missiles. With this submarine, India will be sixth country in the world to have a nuclear submarine, thus adding significantly to its naval capacity, and helping in terms of exercise, preparedness and developing the indigenously developed nuclear submarine Arihant. Under obligations of missile technology control regime, India will not arm the submarine with nuclear-tipped cruise missiles.

The delivery of the submarine in the beginning of the year may be good news for the Indian defence establishment, as well for India-Russia defence cooperation. It shows in poor light the negativism in bilateral relations. It is the time now that both the countries rise above the differences in bilateral defence cooperation, and fully match the potentials so that both countries can complement each other’s requirements. Perhaps the Akula-II submarine shows the way in that direction.