Behind the scene of Russia's prison 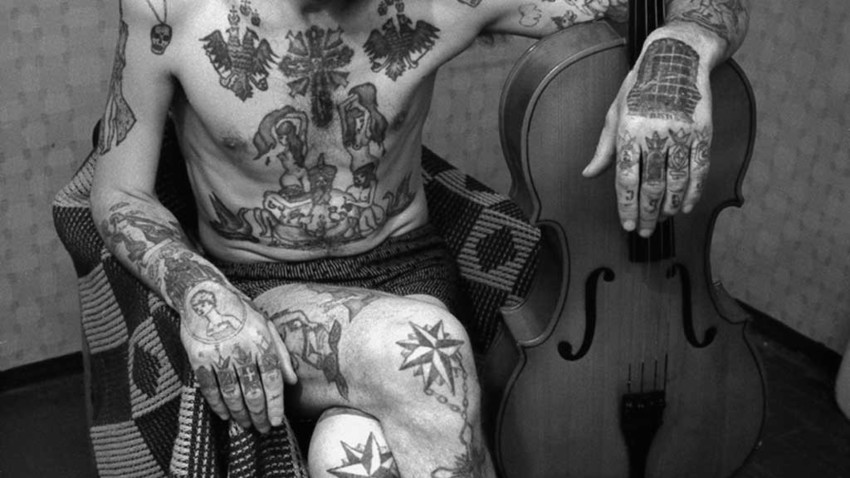 FUEL / Sergei Vasiliev
Russia's criminal tattoos have become a kind of art in Russia. Danzig Baldaev's drawings were a gateway into a secret world in which he acted as ethnographer, recording the rituals of a closed criminal society.

The Russian Criminal Tattoo Archive, founded by London-based FUEL design group in 2009, is a tattoo collection  that comprises 739 original drawings by Danzig Baldaev and the photographs of Russian prisoners taken by Sergei Vasiliev. 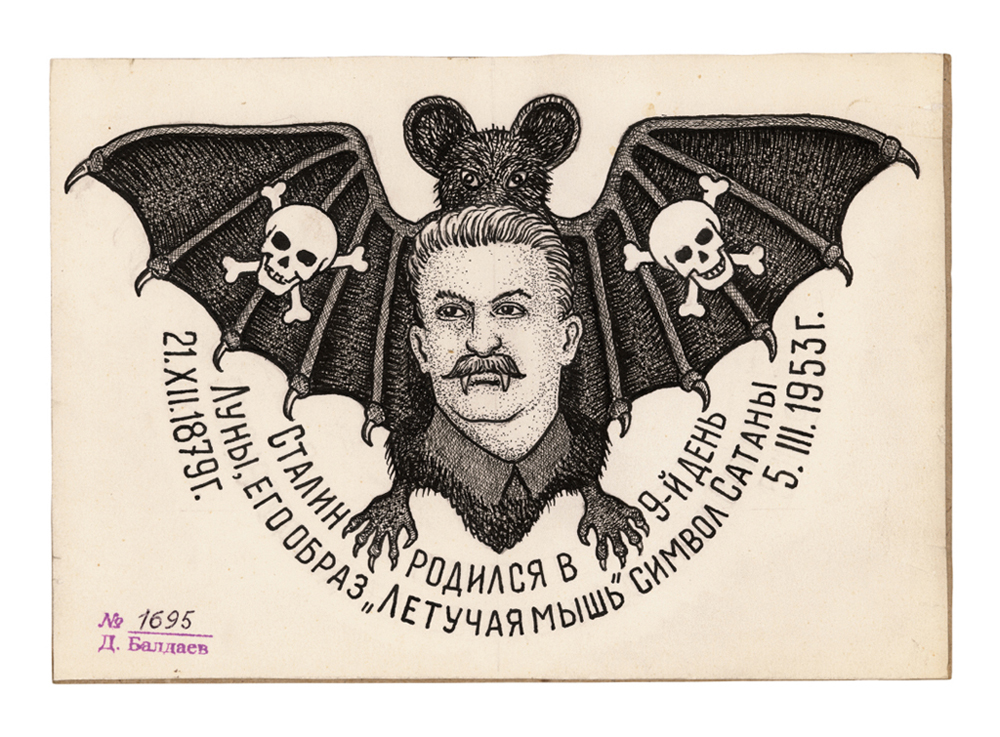 In pictures; Russian criminal tattoo archive
This unique archive contains Russian criminals' tattoos and their coded meanings. Included in the collection are more than three thousand tattoo drawings made by Danzig Baldaev during his time as a prison guard between 1948 and 1986. Tattoos were his gateway into a secret world in which he acted as ethnographer, recording the rituals of a closed society. The icons and tribal languages he documented are artful, distasteful, sexually explicit and provocative, reflecting as they do the lives and traditions of convicts.

The accompanying photographs by Sergei Vasiliev act as an important counterpart to Baldaev's drawings, providing photographic evidence of their authenticity, and allowing us a glimpse into this compelling and extraordinary world. In these incredible images the nameless bodies of criminals act as both a text and mirror, reflecting and preserving the ever-changing folklore of the Russian criminal underworld.

Between 1948 and 1986, during his career as a prison guard, Danzig Baldaev made over 3,000 drawings of tattoos.  Baldaev made comprehensive notes about each tattoo, which he then carefully reproduced in his tiny St. Petersburg flat. The resulting exquisitely detailed ink drawings are accompanied with his handwritten notes and signature on the reverse, the paper is yellowed with age, and carries Baldaev’s stamp, giving the drawings a visceral temporality – almost like skin.

In 2009 FUEL purchased the entire archive of 739 original sheets of tattoo drawings from Baldaev’s widow.

The photographs have been made with the full co-operation of the photographer Sergei Vasiliev. They were taken between 1989 and 1993 in prisons and reform settlements across Chelyabinsk, Nizhny Tagil, Perm and St Petersburg.