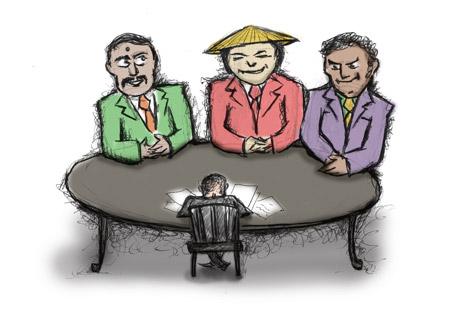 Russia’s position vis-à-vis China and the rest of the BRICS show that the decisions made two decades ago continue to plague the country and hold back its economic development. Can today’s politicians reverse the trend?

Although there is currently much speculation about the performance of the world economy in 2012, one thing seems clear: Developed capitalist countries will face economic contraction or sluggish growth while the developing world will surge. According to the World Bank’s recent Global Economic Prospects report, the eurozone may contract by 0.3 percent while the United States will at best have a gain of 2.2 percent. The world economy as a whole will grow this year by 2.5 percent, thanks to a predicted 5.4 percent expansion in the economies of developing countries.

Just as happened three years ago, the world will be rescued from economic collapse by the growth in emerging countries, first of all by their leading group, the BRICS - Brazil, Russia, India, China and South Africa. This phenomenon will prove true the International Monetary Fund’s prediction that the emerging economies as a whole will by 2013 produce more than half of global output measured at purchasing power parity (PPP). This epochal global change is the consequence of two decades of economic expansion in four of the BRICS member-countries.

Since 1992, China’s GDP increased 5.3 times, India’s rose by 3.5 times and Brazil’s more than three. It is noteworthy that this growth went hand-in-hand with the structural diversification of economies, renovation of their industrial base and infrastructure as well as an expansion of purchasing power, social services and public welfare.

But what about Russia? During the same time span, Russia suffered an industrial and technological degradation that was more devastating than its losses in World War II. As a result, Russia reached its 1990 GDP level only in 2007 while the volume of industrial production remains less than in the Soviet era. In terms of GDP estimated in PPP by the IMF, Russia is now number six in the world, while China is second. In contrast to China and the other BRICS members, which are steadily increasing industrial production, the main drivers of the Russian economy continue to be domestic consumption and exports of raw materials. Most Russian enterprises are not expanding for a lack of fixed investment. (Although the extraction, metals and defense industries are exceptions here).  The Russian government dreams of raising fixed investment to 25 percent of GDP, whereas in China its share is already 45 percent of GDP. The outflow of capital from Russia ($85 billion in 2011) is more than twice as big as direct foreign investment (about $36 billion). Even a balanced budget, a current account surplus and sizable hard currency reserves (about $500 billion at the end of 2011) can’t guarantee Russia’s technological resurgence and higher competitive leverage.

The poorly diversified economy, addicted to imports of high-tech goods and even some agricultural products, makes Russia fully dependent on the whims of the world commodities markets. The country may face a slump even this year if the world oil prices fall below $60 per barrel. A repetition of the serious contraction of Russia’s GDP in 2009 ( -7.8%) after a sharp decrease in oil prices is very likely, and last September, the World Bank already projected a slowing of GDP growth in 2012 from 4.4 percent in 2011 to around 3.5 percent.

Russia has another, rarely mentioned, vulnerability. At the peak of the 2009 slump, business daily Vedomosti observed that the crisis laid bare the fact that the Russian economy is controlled not by the government but by a few oligarchs who monopolized profitable industries and influence state economic policies. The newspaper’s point was confirmed when the oligarchs’ foreign liabilities were bailed out by Prime Minister Putin‘s government at a cost of more than 3 trillion rubles to the federal budget. This happened at the time when Russian small-and medium-sized businesses badly needed funds to survive the crisis and the country’s problems with outdated infrastructure were becoming acute.

Vedomosti also disclosed that the oligarchs hold their companies’ assets in offshore firms and keep even their operating capital in Western banks to evade taxation at home. These huge capital outlays are not only lost to the domestic economy. As a matter of fact, the multi-trillion dollar assets of domestic enterprises are no longer subject to Russian jurisdiction.

If versatile and sustainable economic development and its relevant strategies are the main yardsticks for assessing the global position of emerging nations, Russia actually doesn’t belong with them. Its current position as an economic lame duck among the BRICS is a direct consequence of the decision made two decades ago, when the Russian economy moved from socialism with an ugly face to capitalism with a distorted one. This distortion prevented it from building a market-oriented economy and European-type welfare system.

These neoliberal strategies that the Russian economy continues to follow were borrowed by then-President Boris Yeltsin’s team of reformers from the United States. Today, many progressive Western economists recognize the problems with this neoliberal ideology and point to the phenomenal successes of China, whose ruling elite adopted a national development strategy that converged state planning and industrial policies with market guidance and encouragement of enterprise. This makes it more obvious that Russia’s decision to proclaim the supremacy of market forces in economic development was critically wrong.

The recent street protests that have rocked Russia are not only about vote rigging in parliamentary elections. They are also crucially about the regime’s failure to ensure robust economic and social development, minimize income inequality, curb corruption, and encourage individual enterprise. In the age of the Internet and cheap foreign travel, Russians see that even formerly backward countries have devised efficient strategies of economic growth and social improvements. The recent debates between Russia’s presidential candidates reveal that a radical change of economic and social strategy is an important point for discussion among the political elite. But we will only know after March 4 if any actual reforms will be forthcoming.