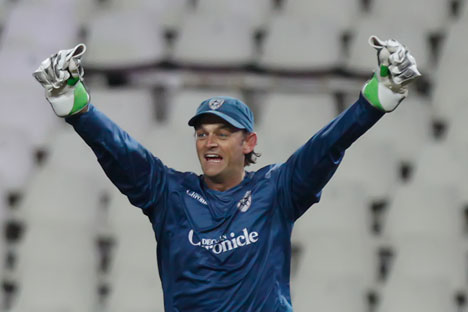 Football and cricket players across the world are coming out of retirement and extending their careers. Not on the seniors circuit, or in some novelty variant of the sport, but often with significant commercial interests at stake.

New centres of wealth create new markets, which, in turn, set up the stages for these players to perform. In his article in the livemint.com Jayaditya Gupta gives some bright examples. For a couple of decades from the 1970s, it was the Gulf region and Japan that attracted those souls adventurous; later, South-East Asia, where Malaysia, Thailand and Singapore became lucrative catchment areas for European expats, especially from the UK.

The unveiling of Premier League Soccer is only the latest sign of India’s growing significance in sports other than cricket—especially football. So far, the procession of top footballing stars to Kolkata and elsewhere has been largely for exhibition games; now, it is for a proper tournament.

Yet, even India’s clout pales in comparison to the new money in Russia and China. Russia’s fabulously wealthy oligarchs, apparently tired of investing in or buying up famous football clubs, have been investing in the lesser-known clubs back home. Russian businessman Suleiman Kerimov’s wealth is a few billion dollars behind his more famous compatriot Roman Abramovich but his writ runs fairly unchallenged in Dagestan. Anzhi, based in the Dagestani capital Makhachkala, have signed up Roberto Carlos; Rubin Kazan, in Tatarstan, is now home to Nigerian Obafemi Martins; FC Terek Grozny, in the trouble-torn Chechnya, was briefly home to Ruud Gullit. They are expected to lay the bedrock for the World Cup six years hence, bringing the world to Russia and vice versa.

Globalization is a two-way process of another kind as well. The players get the money and ride out into a fairly golden sunset but also spread the message and share their skills. It’s not restricted to “new” footballing cultures; the English Premier League, it can fairly be said, was revolutionized by two Frenchmen, Arsène Wenger and Eric Cantona.

The Indian Premier League (IPL) has been much vilified for various sins of omission and commission but a generation of Indian cricketers will have learnt best practices from the highly professional Antipodean and South African imports. Shane Warne and Adam Gilchrist have, for example, shown a penchant for leadership and mentoring lacking in many of their Indian peers.

It isn’t always about money, says Jayaditya Gupta. Why else, for example, would Chris Gayle play alongside Lou Vincent—and Shaun Tait and Dirk Nannes—in Zimbabwe, where he would earn a fraction of his standard playing fees? Part of the reason is explained by Gayle’s signature laidback attitude: “It might be nice to go on a safari and see a bit of the wild side.” Behind that, though, is a deeper cause: “I wanted to go to a country that was developing in cricket so I can help them improve... I thought it would be a nice opportunity to share my experience.”

The bright lights of Shanghai are metaphorically a world away from Dhaka and Harare but the rationale behind Shanghai Shenhua forking out more than $250,000 (around Rs. 1.24 crore) a week for Anelka is roughly the same. Football is the subject of a state-sponsored drive to raise it from its current abysmal state, and out of basketball’s shadow; as with Russia, there’s now plenty of private money to be thrown at the sport and the hope is that Anelka and the others likely to follow him from Europe will raise the profile and bring in professionalism. It’s a relatively low-risk gamble with potentially rich rewards. The world will be watching closely as the stars trek to China, the world’s biggest market and football’s final frontier.

The story is abridged and first published in Livemint.com