Russian 'Zuckerberg' looks toward an IPO 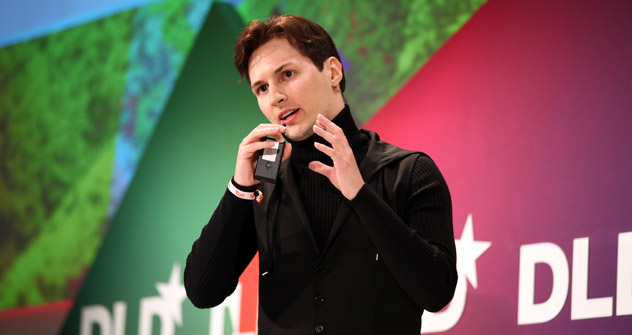 Pavel Durov, is the founder and co-owner of Russia’s leading social network VKontakte (“In Contact”). At the Digital-Life-Design innovation conference in Munich, Durov sat down with Gazeta.ru to discuss Facebook and the challenges of going public.

Gazeta.ru:  Do you still have plans for an IPO in 2012? When, how much, and at what price? Are you in talks with underwriter banks?

Gazeta.ru: Are you in talks with Mail.ru to sell a stake in VKontakte? Have you negotiated with Google, Yandex, or any other Internet companies?

P.D.: No. We are in no such talks currently, but we may sell a small stake, about 3 percent, before going public in order to increase our capitalization before an IPO.

Gazeta.ru: There are many groups on VKontakte that have drawn strong criticism. For example, there are groups advising on how to control one’s weight. The leader of one of these groups died from anorexia, sparking a huge controversy. Are you planning to regulate groups?

Gazeta.ru: The social network VKontakte is on the U.S. administration’s list of the world’s biggest distributors of pirated products. Do you plan to step up the fight against piracy and counterfeit products on Vkontakte?

P.D.: To start with, in order to call something a pirated product you have to first prove it in court. We have established relationships with copyright holders, and we delete pirated products at their request.  Moreover, Russian right holders, such as Russia’s TNT Channel, may remove pirated content themselves.They can also use special intermediaries who monitor such content.

Gazeta.ru: Is the VKontakte audience declining in Russia because of Facebook? What is the audience of the Russian social network right now?

P.D.: No, we don’t see Facebook as a competitor. Our key rival is the website Odnoklassniki. Our number of unique visitors has jumped by 35 percent over the past 6 months. We have 70 million active users per month, 33 million unique users per day, and 150,000 registrations daily.

The age of our audience is constantly changing. It is very important to attract new users, and currently those are conservative people, 50-60 years old.

Gazeta.ru: Why did you decide to donate $1 million to Wikipedia?

P.D.: Information, for example, on Тwitter, quickly becomes outdated. But Wikipedia keeps its information updated and it becomes even more relevant with time. Besides, it’s a free ‘altruistic’ product that holds great promise.

I made the decision to donate but there is a special procedure in which the donation has to be approved by the Wikipedia Board of Directors. They want to be certain that it’s not advertising and so on.

Gazeta.ru: What is the situation with the protection of personal data on the network?

P.D.: We are in compliance with all laws on personal data protection. Social networks in Russia are in competition. If there are leaks, users will stop trusting us.

Gazeta.ru: How does VKontakte earn cash?

P.D.: Fifty percent comes from contextual advertising, and 50 percent is from various games and gift services.

Gazeta.ru: Russia’s law enforcement agencies say that the U.S. Central Intelligence Agency uses social networks as tools to influence Russia. What do you think of that? In general, what is your attitude toward protest sentiments on social networks?

P.D.: I don’t know anything about it. Technically, of course, anything is possible. We try to be neutral, refraining from supporting either the authorities or the opposition.  As for me personally, I am indifferent to politics.

VKontakte is Russia’s largest social network, and it will be of much interest to investors, said Anna Lepetukhina, an analyst with Troika Dialog. According to TNS, VKontakte had 25 million users in 2011, and 35.9 million according to Comscore’s estimates. 33 million people log on every day, Durov said at a conference yesterday, citing Liveinternet figures for January 2012. Lepetukhina added that with the anticipated IPO of Facebook in summer 2012, it would be wise for VKontakte to hold off so that investors could value it based on the indicators of the world’s largest social network.