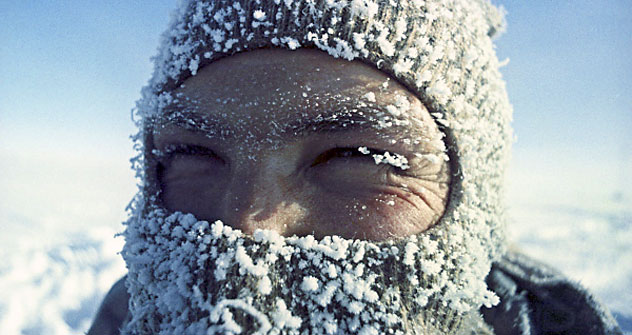 After decades of drilling, Russian scientists have pierced through 4 kilometres of Antarctic ice to a unique sub-glacial lake, Vostok, that has been sealed there for the past 20 million years, a scientific source said on Monday.

Last year, the expedition stopped 10 to 50 metres short of the lake after the weather closed in truck forcing the scientists to abandon their research.

Academics say they have found “the only giant super-clean water system on the planet”. They forecast the extraordinary 5,400 cubic kilometres of pristine water will be “twice cleaner than double-distilled water”, and any life will have developed in total isolation.

Lake Vostok could also offer an idea of what kind of conditions exist for life in similar extreme conditions on Mars and Jupiter’s moon, Europa, according to RedOrbit scientific news portal.

Geothermal heat under the ice keeps the lake liquid, and its conditions are often described as “alien” because they are thought to be akin to the subterranean lakes on Jupiter's moon Europa.

“The discovery of microorganisms in Lake Vostok may mean that, perhaps, the first meeting with extraterrestrial life could happen on Europa,” said Dr Vladimir Kotlyakov, Director of the Geography Institute at the Russian Academy of Sciences.

Specialists at the Russian Arctic and Antarctic Research Institute will now test a sample of water that has been sucked from the lake, and frozen.

With the current events unfolding at Lake Vostok, an old theory suggesting that German Nazis may have built a secret base there as early as the 1930s, elicits renewed interest in the scientific circles.

It is thought that towards the end of the Second World War, the Nazis moved to the South Pole and started constructing a base at Lake Vostok. In 1943, Grand Admiral Karl Dontiz was quoted saying “Germany's submarine fleet is proud that it created an unassailable fortress for the Fuehrer on the other end of the world,” in Antarctica.

According to German naval archives, months after Germany surrendered to the Allies in April, 1945, the German submarine U-530 arrived at the South Pole from the Port of Kiel. Crewmembers constructed an ice cave and supposedly stored several boxes of relics from the Third Reich, including Hitler’s secret files.

“This has never been done before,” said about the research Professor John Priscu, a microbiologist at the University of Montana, and a veteran Antarctic researcher who is on the trip, to the “Scientific American” popular science magazine. “It's a one-of-a-kind drill, a one-of-a-kind borehole, and a one-of-a-kind lake, so I'm sure they're making decisions on the fly all the time”.

According to Professor Priscu’s comment to the usnews.com publication, the crews had been working ‘round the clock’ to finish the project before the Antarctic summer ended, which meant no planes could fly from the remote Vostok Station, where temperatures are currently around minus 66C.

The discovery of the hidden lakes of Antarctica in the 1990s aroused much inquisitive interest among scientists all over the world. Some think the ice cap above and at the edges have created a hydrostatic seal with the surface that has prevented lake water from escaping or anything else from getting inside.

Explorers from the United States and Britain are following in the footsteps of their Russia’s colleagues with their own missions to probe other hidden Arctic lakes, which are among the last of the world’s hidden and unexplored areas.