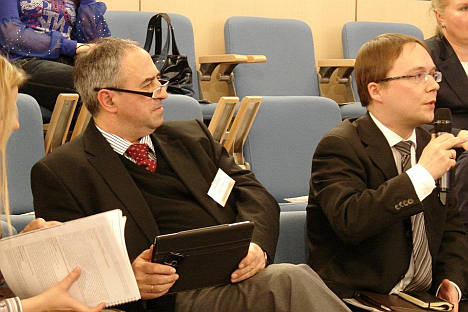 Russia Beyond the Headlines has been awarded the 15th annual Silver Archer Prize for Public Communications.

Following two days of deliberations at the RIA Novosti press center in downtown Moscow, Russia Beyond the Headlines was awarded the 15th annual Silver Archer Prize for Public Communications by a distinguished jury alongside anti-corruption journalist Olga Romanova  and poet Dmitry Bykov.

RBTH was awarded the top prize in the “Communications in a Globalized World” category. “Independent journalism in Russia facilitates our country’s communication with the rest of the world,” said publisher Eugene Abov. “After five years of work, I’m proud to say that our project has been recognized as a very visible component of advancing independent information about Russia in foreign media.”

Asked about the future of RBTH, Abov said: “We want our project to offer a full spectrum of content available in Russian media to international readers of leading foreign media in a language and format understandable to them.”

The Silver Archer Prize for Public Relations was first awarded in 1997. It was founded by the Russian Chamber of Industry and Commerce, the Union of Journalists and the Association for Public Relations. This year’s winners were selected from a pool of over 160 entries.