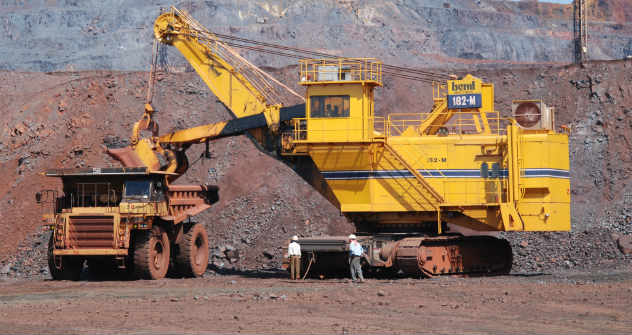 At the 17th round of the Indo-Russian Inter-governmental Commission on Trade, Economic, Technological, Scientific and Cultural Cooperation (IRIGC-TEC) held in November last year, the two governments agreed to set up an investment fund with public-private partnership to finance projects in the two countries. Barely a month later, after almost 18 years of negotiations, Russia was formally invited to join the World Trade Organization (WTO), and, has until June of this year to ratify the accession agreement. Beyond reducing tariff barriers and eliminating non-tariff barriers, accession to WTO is also expected to reduce government interference in business, a key pre-condition for free enterprise. Russia’s evolving economy has been witness and victim to continued government interventions.

Nevertheless, given the impending WTO accession, the India-Russia joint investment fund has managed to get its timing right. Current India-Russia bilateral trade, estimated at around USD 9 billion, is admittedly far below its potential. Trade promotion initiatives such as this investment fund, a possible Comprehensive Economic Cooperation Agreement (CECA) with the Russia, Belarus, Kazakhstan Customs Union combined with the business confidence the WTO accession would inspire, is expected to double bilateral trade to USD 20 billion by 2015, an ambitious, though very achievable feat. With a Price to Earning (P/E) ratio of 6, compared to India’s 14, China’s 15 and Brazil’s 8.5, Russia’s market is attractively priced amongst the emerging marketswith traditional industries such as oil and gas, metals and minerals remaining hugely undervalued.

Despite warm bilateral ties, and close political engagement and co-operation extending well over 55 years, India-Russia trade has rarely managed to go beyond the legacy confines of defense equipment, space, energy, metals and minerals, and, commodities, even while, ironically, both countries have independently managed to very successfully leverage new vistas of opportunity in economies they stood together against for a better part of the 20th century. Russia-European Union (EU) trade in 2010, for instance, stood at around USD 191 billion, with the bloc accounting for over 47% of Russia’s total trade turnover, representing a three-fold increase in just ten years. On the other hand, India-EU trade has grown to USD 107 billion this year and is expected to double in two years on the back of a Free Trade Agreement (FTA) currently being negotiated. Compared to this, India-Russia bilateral trade of around USD 9 billion today pales in significance even though it represents a quantum leap from about USD 3 billion in 2006-07.

Russia-India two-way trade and investment has rarely ventured beyond government-controlled domains, which are also accompanied with government-backed guarantees of some kind. Russia’s active participation in several military, aerospace and nuclear projects in India and Indian investment in Russia’s energy sector and preferred trade in controlled commodities are part of this broader trend. But, the true test of any meaningful business relationship lies in the unmitigated ability of private enterprise on either side to confidently engage, invest and gain from each other’s economies, outside the security of sovereign assurance, even if notional. This is not so in the case of Indo-Russian trade.

Russia, of course, dominates the Indian defense sector and is comfortable navigating through Indian officialdom, which still retains much of its controlled economy character from the 70s and 80s. However, this may not remain the case for long. Under greater media scrutiny and public glare, the defense relationship will need to become far more efficient in terms of reliability, time lines and price points, else Russian dominance in the sector could be potentially challenged. Further, as the offset policy starts playing out and thereafter as the Indian private sector becomes engaged in defense production and R&D, Russia may no longer be a competitive player in this segment. To really be a beneficiary of India’s transformation over the coming 2 decades, Russia needs to expand its portfolio by diversifying into the arenas of industry and infrastructure in India. In doing so, its ability to confront India’s dynamic and loud democracy, and an increasingly uncompromising civil society will be as severely tested as its ability to navigate the country’s highly regulated business terrain arising from complex land use norms, environment clearances, and fiscal regimes, all of which have shown to evolve over time.

On the other hand, Russia offers India minerals and land, besides a huge market for software, services, value added goods and consumables. The resource sector in Russia, though, continues to be dominated and overwhelmed by its government with significant self-interest. Agriculture and land based activities too would be prone to similar dynamics and one can expect Indian private sector’s trepidations to be strong on investing in either. Apart from large Public Sector Companies and select large Indian Multi National Corporations, it is unlikely that Indian private sector will invest in Russia, despite undervaluation and potential for attractive return. Indian businesses’ traditional risk aversion is demonstrated by flight of capital to low return economies of the Atlantic that have corresponding low risk political ecosystems as well.

When Indian businesses consider making investments in Russia, they still seem daunted by perceptions constructed by imagery of the powerful and manipulative oligarchy, political nepotism and uncertainty, and seemingly poor judicial and legal recourse frameworks. Fears to do business in Russia have been hyped by experiences of companies such as ExxonMobil, Total and Shell in Russian Oil Sector, which were divested of their interests by Russian political class in a manner that was viewed as ad-hoc, if not vindictive. This imagination has often resulted in investments by Indian entrepreneurs being channeled into markets such as UK, EU and US, which are far more taut than Russia in terms of economic opportunity.

Ironically, Russian investors feel the same way towards India, drawing from a regular narrative of chaotic democracy, policy inconsistency, political fickleness, and civil instability with commitment cycles perceived to not exceed the life of the dispensation in power. One of the collaterals of the 2G verdict of the Supreme Court, which saw the revocation of 21 of Sistema Shyam Telecom’s (SSTL) 22 telecommunications licenses, could be the flickering and faint Russian Interest in Indian business opportunity. Russia’s USD 28 billion telecom to tourism conglomerate, Sistema JSFC, operating in India through its subsidiary MTS, had invested USD $2.5 billion over the past three years into the project, in arguably, the largest private sector intervention by a Russian company in India’s new economy to date. Further, Russian state owned Federal Agency for State Property Management acquired a 17.4% stake in SSTL by investing a hefty $600 million just last year. Fortunately, there is a growing business constituency, which views such re-calibrations as an inevitable part of polity evolution, but nonetheless the experience of Sistema, which may see itself as a victim of judicial overreach as some argue, could well define Russia’s appetite for India’s growth story.

Russia’s accession to WTO this summer and the consequent abolishment of tariff and non-tariff barriers will heighten global interest in Russia. Pro-investment initiatives such as the proposed joint public–private investment fund combined with demonstrable political and economic will on both sides should result in heightened interest in private enterprise on both sides to explore and invest in each other. Multi-billion dollar National Minerals Development Corporation – Severstal Joint Venture steel project in Odisha or Indian companies negotiating long-term agreements for supply of diamonds from Russia are positive signs for medium to long term economic engagement between the two countries.

Samir Saran is Senior Fellow and Vice President at the Observer Research Foundation.

Jaibal Naduvath is a communications professional in the private sector in India.