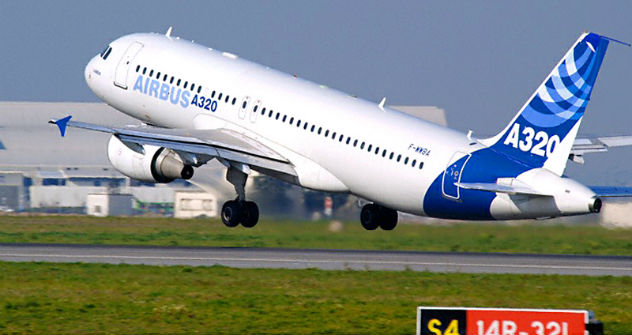 Pressure on the EU is set to mount as a growing number of influential countries opposing its new aviation emission trading system meet in Moscow to forge a collective strategy.

Opponents of the European aviation emission trading system that compels airlines to pay for carbon emitted during flights in and out of EU airports are set to ratchet up pressure on the European Union at a meeting in Moscow 21-22. Russia has initiated talks with the aviation authorities of the non-EU countries to hammer out a collective strategy. “The meeting will be held in Moscow on February 21-22,” a source in Russia’s Transport Ministry told Gazeta.ru. The ministry did not name the countries that have confirmed they would take part in the consultations.

EU emission tax: India, Russia and others to decide on retaliatory measures

In fact, the opposition to the new EU emission regime is growing by the day, with countries across the spectrum, including the US, Russia and India voicing concern over the inclusion of aviation in the EU's emissions trading scheme (EU ETS). The UN-backed International Civil Aviation Organization (ICAO) has also expressed apprehensions.

If the EU does not budge, a trade war might ensue, fear industry leaders. Already there have been hints that the agreements on trans-Siberian flights over Russia might be revised, indicate European Commission representatives.

The EU included air carriage in the national emission trading system on January 1, 2012. So far, 85% of the emission quotas are given free to companies that fly to Europe, with the remaining 15% to be bought on the European quota exchange. Calculations are based on the amount of carbon dioxide emitted by planes in the European skies in 2010. The volume of free quotas will be reduced to 82% before 2020. In this way, the EU is encouraging air carriers to reduce greenhouse gas emissions.

In the event, the extra cost will be paid by the passengers, but the European Commission thinks the cost will be minor (for example, the price of a ticket from Moscow to Frankfurt will increase by 1.15 euro).

To counter the EU’s new emissions regime, Moscow has invited the members of the ICAO that signed the Delhi Declaration. The document, which protests against the inclusion of international aviation in the European system of trading CO2 emission quotas, was signed in the autumn of 2011 by 26 countries of North America, Asia, Africa and the Middle East.

At the opening of an air show in Singapore, Tony Tyler, the head of the International Association of Air Transport (IATA), says that “43 countries have openly opposed the European emission trading system. They will meet in Moscow to plan further steps”.

The IATA head recalled that, in 2010, the ICAO decided to work out a global emission trading system by the third quarter of 2013, so the EU’s unilateral actions may have dire consequences. European air carriers might face various forms of retaliation, he warned. And some European airlines might have to choose whether to obey the laws of their own country or those of Europe.

Russian representatives said that the Transport Ministry was working on a draft law that would forbid air companies to buy quotas (17 Russian companies currently fly to the EU). In late January, a Transport Ministry delegation discussed possible ways out of the conflict situation with the European Commission. The Russian delegation proposed a moratorium on the EU’s “climate” directive concerning civil aviation, pending corresponding decisions by the ICAO.

“If India, Russia and China agree to charge European carriers for international flights or limit their flights in their air space owing to toxic emissions, this would have a destructive effect on the European air carriage industry”, a report from the Press Trust of India, quoting an informed source, suggested on the eve of the Moscow meeting.

“Hints that the agreements on Trans-Siberian flights may be revised are already heard,” admits an informed source at the European Commission. He said this was particularly surprising for the EU because, on the eve of Russia’s accession to the WTO, the Russian authorities were well informed about the introduction of the European emission trading system for aviation. As of January 1, 2012, the charges for Trans-Siberian flights along new routes were abolished, the source points out, and Russia has promised that, by January 1,  2014, it will abolish all charges (royalties) on Trans-Siberian routes.

Under the agreement, Russia may claim “other compensation payments,” but the EU hopes Russia will not exercise that right. Several European carriers are already hiking air fares to make up for the cost of buying quotas but Russian airlines are not in a hurry to change their pricing policies. A spokesman for an air company says: “We are waiting for a political decision. If we are forbidden to buy quotas, then we will fly and pay fines”, he explained.

Air companies are supposed to buy out quotas for 2012 in April 2013. “All that happens before that time is pure politics”, a source at the European Commission said, commenting on the ban on purchase of quotas by the Chinese authorities and a possible similar ban by Russia and the USA. The European Commission knows about the Moscow meeting, but none of its members has been invited to attend.