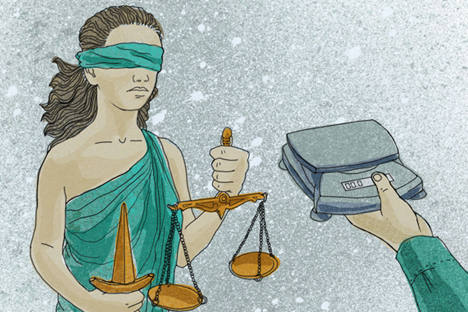 Today Russia’s foreign policy is more than self-serving – it seeks to uphold the international institutions that have served the world as a whole for the last 60 years.

Thirty year ago, an armed conflict between Argentina and the United Kingdom erupted in the South Atlantic. It happened very far from Russia, yet the media immediately suggested that the Soviet Union support the Argentinean side in the Falklands Crisis.

There were no official acknowledgments of this, but the global press long insisted that, in May 1982, 10 days after a Soviet satellite was launched, the Argentinean military received pictures from space that allegedly helped them sink two British ships, a destroyer and a container ship. How would Russia behave if a conflict similar to the Falklands Crisis occurred today? We can say for sure that Moscow would respond differently than it did in 1982.

During the Soviet era, the need to support an ideologically close partner was often the key driver of the state decision-making process. When identifying the Russian position on military events in third countries, the political views of the conflicting parties were the priority, especially their relative closeness to Communist ideals, the presence of national liberation movements, as well as potential interests of the Soviet economy in the region. Opinions about which side to support often differed within the Soviet administration and were sometimes diametrically opposed. For example, during the Iran-Iraq War of 1980-1988, the top party ranks responsible for international relations called for assisting Iran, while the Defense Ministry voiced its support for Iraq.

After the Soviet Union collapsed, Russia’s approach to conflicts in third countries changed dramatically. A logical assumption would be that Moscow would make decisions based solely on its economic interests in the region; yet this is only partially true. While today Russia acts pragmatically, this pragmatism can be either economic or geopolitical.

Unlike the Soviet era, however, when nearly any conflict in the world brought about a confrontation between the Soviet Union and the United States, Moscow now focuses on strengthening the system of international law and authority of the institutions supporting it, rather than rebuffing Washington. In a world where Russia has lost its status as a superpower capable of counterbalancing the interests of the United States on its own, it is critical to abide by the established rules of the geopolitical game for no other reason than the fact that destruction of the international institutions formed after World War II would bring about chaos threatening the world order.

This viewpoint runs counter to another opinion popular among international political élites. Supporters of this alternative view argue that the recent modifications in the world order –the weakening of Europe and the United States, shift of economic development centers to Asia, and the Arab Spring – are all global trends calling for absolutely new, more up-to-date laws adjusted to the new reality. For instance, there are proposals to legitimise the right of outside forces to engage in internal conflicts in some countries the principles of democracy are being violated or there is a need to protect the population against the regime. We saw this happen in Libya and the same situation is unfolding in Syria.

Russia is opposed to demolishing the established international legal institutions in which it has traditionally played a significant role, rather suggesting that they can be upgraded, since the system can actually work well.

The existing framework accounted for resolution of the chronic conflict in Sudan in 2011, when the country was peacefully split into two parts. Application of international law and the mechanism of the United Nations Security Council have prevented escalation of the long-term military confrontation between Israel and Lebanon into a region-wide conflict. In contrast, it is disregard for these rules that resulted in the 1999 war between a coalition of western states and Yugoslavia. The outcome was disintegration of Yugoslavia into many smaller countries that immediately started warring with one another. This Balkan fire is still smoldering.

Moscow is not against amendments to the international legal system in the future, but it suggests that they should be agreed upon well in advance. Moreover, these new approaches should not be used in international politics selectively, for example, applied exclusively to the political regimes that someone dislikes or considers unsuitable.

Before new, modified international laws are approved by all world nations and come into effect, Russia suggests that all partners should adhere to the old, well-reputed methods for resolving conflicts. Moscow believes that only this approach will prevent geopolitical chaos in international relations.