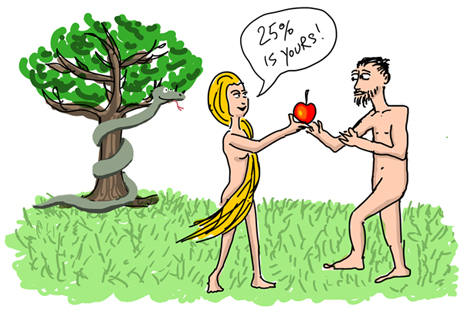 The Russian government has proposed that all state-owned companies pay out the same level of dividends, but this is contrary to the behavior of companies in the free market.

The Russian government has announced that it is working on a proposal to increase dividend payouts at state-owned companies to a standard 25 percent of net earnings, with a public discussion to precede any final decision on the issue. Initially floated by presidential economic advisor Arkady Dvorkovich, the government’s move is aimed at improving Russia’s investment climate. The details are now being worked out under Deputy Prime Minister Igor Shuvalov.

As often happens, however, Russia’s plan is rather out of line with both financial theory and international practice, at least in the U.S. and UK. The dividend policy – the target percentage of net earnings paid out in cash to the shareholders, usually quarterly or semi-annually – is a function of various factors, including the type of company in question. There is not – and cannot be – any standard figure, but as a rule, fast-growing companies tend to reinvest all earnings into expansion, while more mature companies make higher payouts.

Rapidly expanding companies need large amounts of cash as working capital since making, storing and distributing more products pushes up costs before the company has time to recoup the extra outlays from sales. This is one reason why fast-growing companies can go bankrupt if they fail to take out bank loans in good time. Technology and other innovative companies also have to engage in expensive R&D. Classic examples are Microsoft and Apple, which for years held on to their earnings and paid no dividends - Apple is currently sitting on a cash pile of nearly $100 billion and is due to pay its first-ever dividend later this year.

But these retained earnings can also be used simply to build up the most interesting part of the balance sheet, the “owners’ funds,” often with the aim of making acquisitions. This usually applies to successful mature companies capable of paying out much more in dividends because they see little or no scope for organic growth or acquisitions. Companies can also spend the retained earnings on buying back shares from the shareholders, who benefit from a large “terminal” dividend and receive more money than would otherwise be the case, which they can then decide to spend or reinvest elsewhere. The companies also benefit from buybacks because they have to pay the shareholders an equity premium, which is usually about 5-6 percent above the return on their corporate bonds. So, financing expansion using bonds is much cheaper and reduces the cost of capital to the company – providing it does not take on too much debt.

When companies announce a dividend policy, they try hard to stick to it. As long ago as 1956, John Lintner conducted a classic survey of boards of directors in the United States. They did indeed set long-term target dividend payout ratios, but believed that shareholders prefer a steady progression in dividends. So even when earnings might appear to warrant a high payout, managers only move slowly towards the payout ratio and wait before increasing dividends too much to see if the higher earnings will be permanent. Managers thus “smooth” dividends, so they fluctuate far less than earnings and give investors a reasonable degree of certainty. Too high a dividend target runs the risk of failing to meet investor expectations, which can then be taken as a sign of bad management and in turn hit the share price quite badly. Investors then lose out on both fronts, losing any capital gains they’ve made on the stock and receiving a lower dividend than they expected.

Some local analysts believe the change will help improve the chronic undervaluation of Russian stock, but of course that undervaluation is not just down to dividends, but to the international perception of Russia as a high-risk country with a very negative reputation.
The Russian government expects higher payout ratios to make the companies more attractive to investors in the run-up to planned privatizations and at the same receive a welcome boost to its budget revenues.

But German Gref, a former economic minister and now head of Sberbank, pointed out that if implemented, the policy would also reduce the money available to companies for investment: “I don’t think 25 percent for all companies is a good idea, especially now, when the bank sector, for instance, needs huge amounts of investment and capital to maintain high growth rates and expansion. On the one hand we’re seeing some demands – thank God there is as yet no compulsory figure – for a certain level of payout, while on the other, the government is helping banks to increase their capitalisation. There’s a clear contradiction.”
It remains to be seen whether the government will force the 25 percent payout through, but as Gref implied, Russian companies, like their counterparts everywhere else, should really decide their investment and dividend policies on an individual basis.

But despite the lack of consistency on the part of some Russian companies with regard to the dividend payout, most investors in fact look at the earnings per share – which in Russia is comparable with international levels.