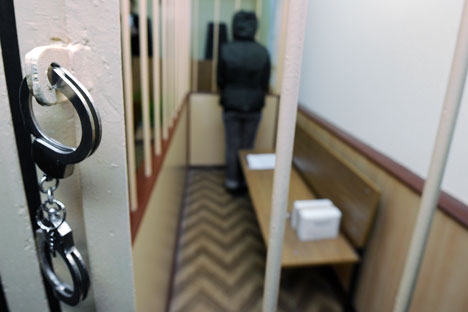 Vladimir Putin has ordered Russia's state firms to clean up their act, but without fundamental reforms he may only scratch the surface of endemic graft and conflicts of interest that tar the country's bloated national champions.

Such reforms would require Putin to dismantle an entrenched system of corruption, patronage and cronyism, in which many of his own allies are enmeshed through their ties with the state-owned giants that are the focus of the crackdown.

"The problem is that all these state companies are very well connected, and not well controlled," said Yelena Panfilova, head of the Moscow office of anti-corruption body Transparency International.

The prime minister has his eyes on a triumphant return to the presidency in a March 4 election. As well as rhetorical swipes at unpopular oligarchs, Putin has taken aim at the state giants that dominate energy, infrastructure and banking.

"Of course, it's a pre-election move to show an effective program against corruption," said political consultant Dmitry Orlov, who advises the pro-Putin All-Russia People's Front movement. "But this isn't just a PR move: It's a real move that affects thousands of managers at these companies and their suppliers."

In a bid to prevent state-appointed managers from rewarding themselves or their relatives with lucrative contracts, Putin has instructed all state companies to furnish details about the ownership of every firm with which they do business.

He has also told state auditors to investigate the biggest state-owned firms, including Gazprom, Transneft, Russian Railways, Sberbank and VTB.

While Putin has an electoral interest in preventing further such scandals — or at least being seen to do so — skeptics doubt he is serious about taking on vested interests with which he is himself closely entwined.

Corruption is widely acknowledged as one of the biggest deterrents to foreign investment. Russia saw a net capital outflow of $84 billion last year, while capital investment as a share of gross domestic product — at about 20 percent — is significantly below most other emerging markets.

The prime minister is talking tough. At a meeting with senior power-sector officials in December, he blasted managers for abusing their positions to line their own pockets.

Putin cited a government enquiry that showed that out of 352 state-appointed managers in the sector who were investigated, no fewer than 169 were involved in private businesses on the side.

These "pocket" companies — typically suppliers, contractors or intermediaries — had taken hundreds of millions of dollars offshore, he said. "It's no secret that this creates serious corruption risks, or at a minimum conflicts of interests," Putin fumed. "We need to bring order here."

"It's encouraging that he's making an effort to force bureaucrats to clean up their act," said David Herne, director of the Specialized Research and Investment Group, a Moscow-based firm that invests in Russia's power sector.

"Unfortunately, the ones who are clean are the exception."

In a sign that the purge may be spreading to other sectors, several other senior managers have resigned from state companies in recent weeks, including Gazprom's head of production and the head of procurement at Rosneft.

But Vladimir Milov, a former deputy energy minister who is now an opposition politician, said the personnel changes were linked to pre-election battles for influence and did not represent a serious attempt to tackle conflicts of interest.

"It's more important to investigate obvious cases than to instigate a major 'cover' operation, pretending that we are looking for hidden beneficiaries," he said.

"I would strongly advise Putin to look in the mirror. Because his own friends do major deals with major state-owned companies."

Milov cited the example of Arkady Rotenberg, Putin's former judo partner, who is now one of the biggest suppliers of steel pipes to Gazprom — a lucrative business that has boosted his fortune to $1.1 billion, according to Forbes magazine.

Both Rotenberg and Gazprom have denied any violation of rules, insisting that all tenders were competitive.

But such cases reinforce concerns that many analysts have about Gazprom's murky procurement practices and high costs.

"Gazprom has about $40 billion in capital investment each year, two-thirds of which is not producing value," said Anders Aslund, senior fellow at Washington's Peterson Institute for International Economics and a former economic adviser to the Russian government.

"It costs three times as much to build a pipeline per kilometer in Russia as it does in Norway."

To address such concerns, Putin ultimately needs to do more than replace sticky-fingered managers and impose tougher rules on the ones that remain.

"So many people report to the prime minister that he doesn't have the ability to monitor it all closely," Herne said. "And below him the lines of authority are diffuse, so if you're the manager of a state company you have wiggle room."

Although in principle the government has committed itself to reducing the state's economic role through privatization, in practice the large state companies have grown under Putin's government. The state's share of stock market capitalization has leapt from 24 percent in 2004 to some 50 percent today.

An even broader problem is weak public oversight. Anti-corruption campaigners say little progress is possible without a genuinely free press, a more independent parliament and a greater role for civic bodies.

"We've seen a number of anti-corruption campaigns in Russia over the last decade," said Steven Dashevsky, director of Moscow-based investment firm Dashevsky & Partners, "And each campaign was followed by even greater corruption."