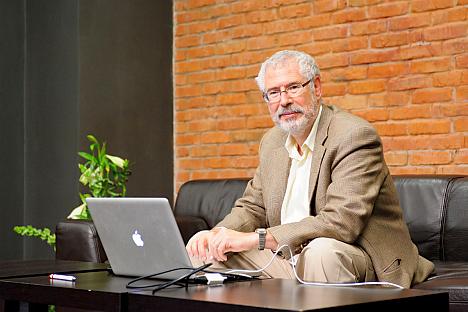 Is Russia becoming the next big thing for U.S. venture capitalists? With local startups and incubators springing up like mushrooms, a number of foreign tech investors have started to operate in the country which strives for modernization.

Exemplifying the invest-in-Russia trend is Tiger Global Management, a New York-based international investment management firm. Over the past two years Tiger has invested twice in the Russian e-commerce platform Wikimart.ru – $5 million in 2010 and another $7 million in 2011 – and contributed $10 million in a round of financing for online travel sales site Anywayanyday.ru. Tiger also has shares in Russian search giant Yandex, which began trading on the NASDAQ in May 2011, and at one time held a stake in Mail.ru, a leading email service and portal.

Another example is the whopping $55 million financing round for private shopping club KupiVip.ru last April, in which U.S. venture fund Bessemer Venture Partners played a notable part. Also of note is the rise of Ostrovok.ru, a clone of Booking.com, which received $13.6 million last July from western funds and business angels such as Zyngo founder Mark Pincus, early Facebook investor Peter Thiel and Skype founder Niklas Zennström, among others.

Ostrovok had been co-founded a year earlier by Serge Faguet, a Russian-born entrepreneur and Stanford Business School graduate. Before creating Ostrovok.ru, Faguet worked as an analyst at Google, then founded TokBox, a video communication startup based in the Valley.

Russia's new appeal comes as a logical consequence of the fast growth of its innovation-led markets. Almost unknown in the country in the late 90s, the Internet is now used by almost one Russian in two – and is still growing fast. Last September the country overtook Germany as Europe's largest market in terms of number of Internet users.

"There has been a lot of enthusiasm among U.S. funds for taking elements of successful e-commerce and social networking companies in one geography and transplanting them into another geography – first, in China, now increasingly in Russia," said Mac Elatab, an investment analyst at TrueBridge Capital Partners. "With a GDP-per-capita growth of around 13 percent annually from 1999 through 2010, Russian consumers have money to spend."

Closing the gap in entrepreneurial spirit

Another appealing factor is the réputation of Russia's science and technology industries. "In computer science and materials science, the Russians are as good or better than anyone in the world," said Bill Reichert, Managing Director of Garage Technology Ventures, a major U.S. venture fund chasing Russian startups.

In terms of entrepreneurship, progress has been remarkable over the past 10 years – with a scent of northern California now wafting in the Moscow air. "Both Silicon Valley and Russia have extremely smart people who are working to create innovative opportunities globally," said Court Coursey, Managing Partner at Eric Schmidt's Tomorrow Ventures.

Silicon Valley vétéran Steve Blank, who took part in a dozen of educational events in Moscow and St. Petersburg last year, agreed. "I found very insightful people who match the best in California for sure.”

Labor costs are another reason for high tech investors to come to Russia. Salaries are high in Moscow startups, but in a city like Tomsk, in Siberia – where every fourth inhabitant is either a student, a researcher, a university teacher or an employee of the Russian Academy of Sciences – a modest $2,500 per month, or even less, can prove enough to attract the cream of the crop among local engineers.

Another positive factor differentiating Russia today from the era of the 1990s and early 2000s is government support for foreign and domestic investment in private equity. This support goes well beyond words: at the federal and regional levels, the Russian state is investing tens of billion of dollars in innovation. With its massive subsidies and tax cuts for innovative projects, Skolkovo, the giant tech hub outside Moscow now nearing completion, has attracted dozens of global venture funds and high tech firms.

IT Park, near Kazan, stands as one of the largest technoparks in Eastern Europe, while the Tomsk special economic zone has attracted a number of domestic and international tech companies, including Nokia Siemens Networks, Korea's Darim International and the U.S.-based firms Monsoon Multimedia and Rovi Corporation.

Direct state financing is also provided through an institution called the Russian Venture Company, a fund of funds that has launched no fewer than 12 high tech funds in Russia and abroad.

State funding comes in addition to a dramatic increase in available Russian and foreign venture capital. While fewer than two dozen funds were actually operating in the country just three years ago, there is now more money in Moscow than in many other innovation spots on the global map. Blank described the funding situation as: "The biggest pile of money I have ever seen.”

Avi Hersh, a U.S. private equity investor who began investing in Russia in the 1990s, said: "This comes as a sharp contrast with the early 90s, when it was next to impossible to identify capital for a startup. As more young Russian enterprises are funded, then merged or acquired, it will produce more success stories, which in turn will provide more funding for the next round of qualified startups.”

Russia’s start-up industry has some problems, though. One of these is thoroughness. In a country without long traditions of entrepreneurship, Russian businessmen do not always present mature projects. "We sometimes see very raw startups, lacking sound business models or business plans or with weak management teams," said Marina Kuznetsova of BV Capital, a venture fund operating from San Francisco and Hamburg.

Russia is considered less attractive by many venture capitalists than other BRIC countires. The reasons for this include the country's small population compared with China or India and its location –  Moscow works at a 12-hour time difference from California. Language can also be an issue, as relatively few Russians speak fluent business-level English.

Russia still has a serious image issue as well. "Media coverage from Russia is almost uniformly negative in the U.S.,” said Elatab. “That is not to say that only negative things are happening in Russia – the truth is somewhere in the middle. At bottom, I think the Cold War still impacts how both Russians and Americans view each other."

Can Russian innovation be spared corruption?

Russia's corruption and frequent breaches of rule of law are the greatest deterrent in the eyes of many foreigners. "The economic system seems to be driven by political acceptance instead of predictable rules," said Blank. "So many entrepreneurs have told me they have no guarantee that what they are starting is what they will keep." This makes looking ahead difficult. In Blank’s estimation: “How can Russia have an innovation future in such conditions? When a new wave of startups began developing in the Silicon Valley 30 years ago, there was never a discussion of such things."

"Russia has to fix this critical government issue,” Blank added. ”Otherwise the brightest part of Russian entrepreneurs and engineers will leave the country.”

Other investors offer more nuanced perceptions. Esther Dyson, a U.S. investment angel who has invested in 15 Russian startups as well as in Yandex, has said that she has never witnessed any serious threat from aggressive Russian businessmen or corrupt Russian courts.

Gleb Davidyuk of the Russian venture fund iTech Capital agreed: "In the digital sphere, greedy civil servants don’t know what to look for – or where. This helps the industry stay below various radar screens."

Established in Moscow less than a year and a half ago in a former candy factory, ‘Digital October’ has affirmed itself as the launch pad for many western tech people seeking to do business in Russia. Last year, the technology center was visited by Silicon Valley veteran Steve Blank, Facebook's Kevin Colleran, Vigin Galactic's George Whitesides, and Apple's Steve Wozniak, among many others.

Prominent western venture capitalists Court Coursey, David Mc Lure, Bill Reichert, David Waroquier, and other investors have also visited Digital October. Since then, some of them have entered into long term cooperation agreements with Digital October and its Russian backer, oligarch Mikhail Abyzov.

Digital October organizes many events, including the Tech Crunch Moscow conference held in December of each year. "Events are our best selling argument," says Digital October’s director Dmitry Repin. "People come to Moscow for a few days to attend one, then they return a few weeks or months later, having found business opportunities. They become our evangelists."