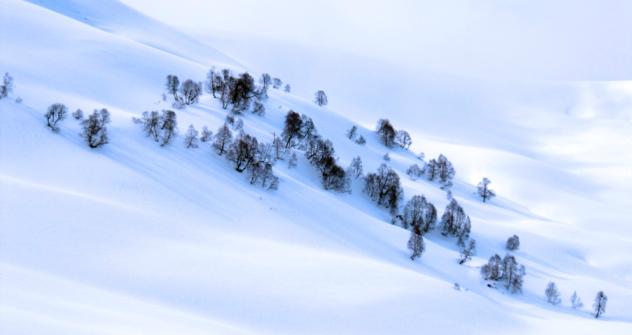 If you ask the average Russian to name things associated with the Caucasus, the list would probably look something like this: mountains, snow, war, Dzhigit, hill people, Islam, cuisine, hospitality and vacation. This sequence is fairly accurate, but limited, for in the Caucasus, each of these elements is larger-than-life.

Although most people refer to a geographic region when they say “the Caucasus,” it is actually a mountain range stretching from the Black Sea to the Caspian Sea, separating Russia from the Middle East. The highest peaks are Mount Elbrus (18,300 feet) and Mount Kazbek (16,400 feet). These mountains cannot be called young – time has smoothed them, earthquakes are exceptionally rare, and there are no volcanoes. The Caucasus has always been a key destination not only for Russian vacationers, but also researchers such as geologists, glaciologists, geophysicists and geographers.

Many peaks are covered with snow the year-round; winter, however, is the best time for mountain skiing and snowboarding. There are few enthusiasts ready to climb a 16,000-foot mountain to ski downhill. There are no tracks at these altitudes, anyway.

The Caucasus has been a battlefield in virtually all centuries. It is a strategically crucial region occupying a narrow neck of land between two bodies of water and is one of only two ways to reach the Middle East from Europe by land. Merchants used to have a choice of three unappealing routes – either risk traveling by sea, take the route across the Balkans and Turkey or go through the Caucasus. At different times, this region has been part of the Russian Empire, the Crimean Khanate, the Ottoman Empire and Persia as well as the home of a multitude of independent states. Throughout the 19th century, the Caucasus was a battleground for various players fighting for access to the Caspian Sea. The Soviet era was the only time when there were no wars in the region. Some scholars attribute this to the Soviet Union’s reasonable ethnic policy, whereas others argue that the socialist regime used extreme tactics to keep the locals in line – a tactic that resulted a severe escalation of conflict in the region just after the fall of the Soviet Union.

This word describes the most skillful equestrians in the Caucasus. There is also the art of dzhigitovka, the display of excellent riding techniques and trick riding. Dzhigitovka was imported into Europe and the United States in the early 20th century, forming the basis for the hot-shot “western” riding style and Cossack vaulting.

There are only two regions in Russia where hill people live – the Caucasus and the Altai. Hill people are independent, with their own concepts of morality, ethics and honor, as well as traditional lifestyles. For example, it is unthinkable for a hill man to insult a woman, and when someone takes the liberty of saying something disrespectful about a woman (especially a relative) in the presence of a hill man, the man will make it a matter of honor to make the insulter take his words back or will teach him a lesson. The family is largely patriarchal – young people obey the elders and women obey the men. Yet women rule the household, and men’s opinions are never taken into account when it comes to arranging home life or welcoming guests.

The Caucasus is one of the few Russian regions where Islam predominates, and the Islam practiced in the Caucasus is different from the kind of Islam that is practiced in Russia’s other republics where Islam is a traditional faith, Bashkortostan and Tatarstan. Caucausian Islam is based in Sufi traditions, which emphasize meditation and spirituality, but its followers tend to be very conservative in their worldview and follow a stricter interpretation of Sharia law than adherents of other forms of Islam. Religious belief has played a significant role in the conflicts in the region, including armed hostilities.

Although the Caucasus is a comparatively small region, its cooking is unique and has become one of the dominant cuisines in Russia. Caucasian dishes are traditionally rich in spices, herbs and pepper.

Shashlik: marinated meat cooked on skewers over an open fire. The classic shashlik is lamb, but pork, beef, chicken and even fish are also used.

Mamalyga: porridge made out of maize flour with white cheese. In some areas, the porridge is so thick that it can be cut with a knife and eaten with the hands.

Lobio: boiled beans with walnut sauce and lots of spices.

Tkemali: sweet and sour cherry plum sauce. It can be either red or green.

Adjika: also called “Abkhazian salt”, although it does not look or taste like salt. It is a very hot and salty red dressing made from salt, red pepper, cilantro, dill and parsley.

Dolma: vine leaves stuffed with minced meat and herbs stewed in their own juice.

Kharcho: hot, fatty soup from mutton on the bone.

Hospitality is a feature peculiar to Caucasian hill people. There are welcoming traditions around the world but here it is always the focus. If a hill man has a guest, he will treat him to the best food he has, even if he has to slaughter his last lamb or use the last kilo of flour. “Hospitality here (in Chechnya) is specifically respected. Anyone in Russia knows that, its some kind of legend in our country. I know that if you accidentally enter to someone’s house, they’ll not ask you anything and will grant you the most hearty welcome,” said Valentina Matvienko, chairperson of the Federal Assembly, during her recent visit to Chechenya.

When the Caucasus became part of Russia, it became a natural holiday resort. At first, the region was accessible only to the aristocracy, but later vacationers from all social strata came to the area. Russia is generally a cold country, and the Caucasus is its warmest and most southerly region. After the moderate continental climate of the European part of Russia and the extremely continental climate of Siberia, the Caucasian subtropical climate is a paradise for those who cannot afford faraway resorts. This relatively tiny region offers a variety of leisure activities – there are two seas, various mountains, valleys and special cuisine. “Here we have beautiful nature, historical monuments, unique therapeutic herbs and water. Near this places we have all city infrastructure and a vacation here is cheaper then in most mountainous regions in the,” said Ahmed Palankoev, a lawmaker from the region. But in fact there is a shortage of tourist infrastructure – few hotels, roads, downhill tracks or beaches with tourist facilities, but the local authorities plan to tackle this problem in the near future. Additionally, the governors of the regions and republics of this area along with the company “Resorts of the North Caucasus” and the Corporation for Development of the North Caucasus are working to improve the local infrastructure.