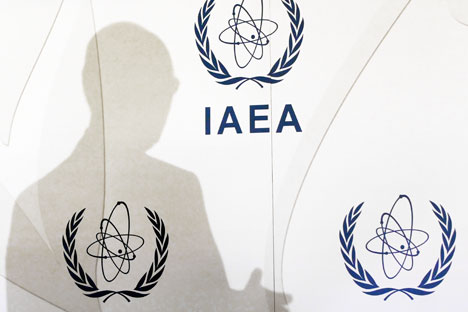 Suspiciously frequent visits to Iran of representatives of the IAEA has become much less independent than it was under its previous head, Mohamed ElBaradei.

The situation suggests that the Israel is most interested in such a solution of the “Iran problem” . It may launch the operation either with the approval of Washington or counting on the USA to inevitably join in the military actions. However, the United States has so far refrained from giving the green light. There are several reasons for that.

The situation suggests that the Israel is most interested in such a solution of the “Iran problem” . It may launch the operation either with the approval of Washington or counting on the USA to inevitably join in the military actions. However, the United States has so far refrained from giving the green light. There are several reasons for that.

A strike on Iran?

The Obama administration is not interested in a sharp increase in tensions in the run-up to the election. The current mood in the Muslim world is not favorable toward the USA. After American soldiers burned the Koran in Afghanistan, anti-American demonstrations swept Afghanistan and Pakistan, in spite of President Obama’s public apology. Despite broad external support for the Syrian opposition, the plan for a lightning-swift overthrow of the Assad regime has failed. An Israeli strike on Iran could completely undermine this plan: if the USA backs Israel’s strike on Iran – and Washington would hardly have any other option – Arab support of American policy toward Syria would not be guaranteed.

A strike on Iran would be an even riskier gamble than the intervention in Iraq touched off by the neo-conservatives who formed a tight circle around President George W. Bush (recall that the justification for the US military operation then was the false claim that Iraq was allegedly producing nuclear weapons). The outcome of the armed intervention in Iraq is widely known: destabilisation, near-disintegration of the country, rampant terrorism and turmoil throughout the region.

I think General Martin Dempsey, chairman of the Joint Chiefs of Staff, spoke for many members of the US leadership when, after talks held in Israel, he publicly and categorically spoke out against an attack on Iran. But that’s not the end of the story. In a shocking comment on the statement by the highest-ranking American general, Israeli Prime Minister Netanyahu insultingly described him as “a servant of Iran.” Even more shockingly, that comment was backed by two US senators on the visit to Tel Aviv, McCain and Graham. If someone had expected these two ultra-patriots to speak up in support of their US commander, they were mistaken. I believe this confirms the fact that not everyone in the United States, especially in Congress, is opposed to a strike on Iran. This is also borne out by the redeployment of considerable US naval forces to the Persian Gulf, as well as suspiciously frequent visits to Iran (two within a month) of representatives of the IAEA, which has become much less independent than it was under its previous head, Mohamed ElBaradei. This time around, the IAEA delegation demanded access to Parchin, a weapons production complex south of Tehran. Iran refused. Incidentally, the complex was not previously on the list of “suspected sites” for the production of nuclear weapons.

Practically everyone, including Russia, is against Iran acquiring nuclear weapons. But how can this goal be achieved? Certainly not by military means: in the glass house that is the Middle East, it is dangerous to throw stones. Economic sanctions are also counter-productive. Anticipating a ban on the import of Iranian oil by the European Union (as of 1 July this year), Iran halted supplies to Great Britain and France and redirected its exports to Asia. It is difficult, if not impossible, to expect that China and India will refuse to import Iranian oil and gas, and European countries will suffer from these cuts to supplies more than anyone else. Projections show that this will increase energy prices across the board.

What is the way out of a situation in which Iran is increasing uranium enrichment processes while assuring everyone – and I believe this is true – that it is not producing nuclear weapons? At least not yet. Naturally, Iran should be urged to not expand activities that cause concern in the world. However, the use of force would be patently counter-productive. The situation could be defused in the interests of all by negotiations with Iran on a whole range of problems, including, of course, verifying non-production of nuclear weapons, but also creating conditions for the peaceful use of nuclear energy, renouncing economic sanctions, and involving Iran in positive processes of peaceful settlement in the region. That would also include normalising US-Iran relations. “We propose recognising Iran’s right to develop a civilian nuclear programme, including the right to enrich uranium,” Vladimir Putin wrote in his article, “Russia and the Changing World.” “But this must be done in exchange for putting all Iranian nuclear activity under reliable and comprehensive IAEA safeguards. If this is done, the sanctions against Iran, including the unilateral ones, must be rescinded.”

It seems to me that this approach, rather than plucking out of the whole package of issues the justified but sometimes deliberately over-emphasised IAEA demands, is possible. There is no alternative to such a “package” solution. And if it is to be implemented, it is necessary to immediately resume Iran’s talks with six states – the USA, Russia, China, France, Britain and Germany – which were broken off three months ago.

For a whole year now, blood has been spilled and passions have run high all across Syria. “You cannot see a face face-to-face. Big things can only be seen at a distance.” A year after the beginning of events in Syria, the essence of the philosophical message in these lines by poet Sergei Yesenin stands out in bolder relief.

First of all, opposition to the Bashar al-Assad regime unquestionably includes some people who demand the democratisation of government. But the majority of the opposition is Islamists, and what is more, radical clerics. This is witnessed not only by the fact that demonstrations have been held under religious slogans, but also by the tell-tale fact that Al Qaeda has unreservedly sided with the opposition to the Syrian regime. Remember that this is the same Al Qaeda that claimed responsibility for the 9/11 terrorist attacks in New York, which claimed more than 3,000 American civilian lives. And Al Qaeda is not alone in expressing its sympathies. The Jordanian Muslim Brotherhood has also declared jihad on the Syrian regime. US Secretary of State Hillary Clinton has accused Russia and China, which are seeking to prevent an escalation of armed conflicts in Syria, of taking a “despicable” stand. What can be said about the position of the US, which, in seeking to overthrow a legitimately elected Syrian president, has found itself in the same boat with the out-and-out terrorists against whom Washington declared “uncompromising” war?

Secondly, Hillary Clinton made her statement at the recent meeting of the Friends of Syria group in Tunisia. Russia and China did not take part in the meeting, as it was clear from the start that a meeting in which the US Secretary of State was playing the soloist would reaffirm one-sided support of the enemies of the Syrian regime. That is definitely not the way to put an end to bloodshed in Syria. Moreover, the Friends of Syria are planning to openly supply weapons to the Syrian opposition. Covert supplies of weapons to Syrian militants appear to have been flowing from the very beginning of the anti-regime demonstrations in the country. At any rate, in Libya and Syria, unlike the other Arab Spring countries, armed fighters were in action from the very start of anti-regime demonstrations. General Dempsey, whom I have already quoted, said in an interview with CNN that a decision to arm Syrian rebels would be premature. “I would challenge anyone to identify the opposition movement in Syria at this point,” he said. Perhaps in response to this, the US Secretary of State noted in a BBC interview the complexity of the situation in the region where, as she admitted Al Qaeda is active. Hillary Clinton – and this needs to be stressed – also recognised that a military intervention that faces strong opposition in and outside Syria could raise “every possibility of a civil war.”

The question is whether this recognition will be followed by a renunciation of actions that could precipitate civil war in Syria.

Thirdly, Washington puts its stake on regime change in Syria mainly in order to isolate Iran––this when there are indications that a large portion of the Syrian population has not joined the armed opposition. This is evidenced by the recent referendum on a new Syrian constitution. The democratic nature of the changes is obvious. They deal with an end to the ruling Baath party’s monopoly on power and shortening the presidential term. Quite importantly, turnout for the referendum, in spite of opposition calls to boycott it, was quite high. There seems to be a platform emerging for negotiations between the Syrian leadership and the opposition, but the USA and the countries that support it want Bashar Assad to go first. They do not care who will inevitably come to power if they manage to carry out their plan. They are not worried about the inevitable destabilisation in Syria and the prospect of increased bloodshed in the country. Did the events in Iraq, Afghanistan and, finally, Libya, teach them anything?