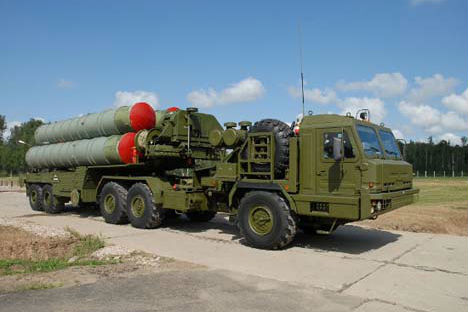 The analysis of the world’s current rearmament trends and the changes in the global military spending structure suggests a very general, but in no way erroneous conclusion that the launched upgrade of the BRIC armies has good prospects to succeed. In the coming years, these countries are planning an unprecedented increase in their military spending. India’s military budget is annually increasing by an average of 10%. China and Russia are going to double their defense spending by 2015.

As you might know, Vladimir Putin is planning to spend for the rearmament about 23 trillion rubles by 2020, i.e. during his term of office (at least during his first six-year term). In the next three years alone, Russia’s defense budget will double. There are good grounds for the further implementation of positive changes in the Russian army. In recent years, the Russian government managed to cope with many problems. This fact is unequivocally recognized by many, including the NATO military experts some of whom are sticking to the Cold War mindset and seriously concerned about the prospective militarization of Russia. We’d rather reassure them by saying that although the Russian government plans to focus heavily on the national defense issues, any total militarization of the Russian economy is out of question - at least as long as we see no serious threats. Also, nobody needs a new arms race. Obviously, there are no economies in the world that could afford now any large-scale confrontation of the Cold War type.

Although it is not about a new arms race, the competition pressure from the United States against the Russian defense industry will continue to be extremely tough. In these circumstances, Russia will continue to rely on the value-for-money factor. Putin is well aware that only a strong defense industry capable of equipping its own army and also playing one of the top roles in the world arms market will allow Russia to continue to influence the global balance of power and keep on starring in the world politics.

India’s growing military power is a response to the threats, firstly, from Pakistan and, secondly, from China. These two countries have made ​​territorial claims against India. Over the past five years, India’s military budget has doubled. In addition, India is clearly striving for the regional power status and also persistently seeking a permanent seat on the UN Security Council. The Indian government considers the development of the national army and defense industry as an essential element supporting the country’s sustainable growth.

China does not abandon its attempts to eliminate the gap in military technologies. As we know, these attempts are not unsuccessful. China has long crossed the "regional power" bar and now the country is aiming at the global leadership. Aside from Russia’s nuclear missile potential, the U.S. is the only competitor to China in the final consolidation of the Celestial Empire as a global military power. After all, in the 1990s, the PLA had to purchase (sometimes not new) Russian military hardware in large quantities, but now despite the mass-scale reverse engineering China is able to create competitive and effective designs of its own weapon systems.

As the BRIC countries are increasing their defense budgetary spending, the European military spending is shrinking. However, the current situation is paradoxical: Europe is getting involved in the rearmament projects of these countries. The first example of this is the recent sale of the French Mistral helicopter carriers to Russia and India. The Mistral helicopter carriers might also have been sold to China but for the arms exports embargo introduced by Europe in 1989.

As already noted, some Western analysts have portrayed the new defense policy of Russia, China and India as threatening and primarily directed against the weakened Europe. However, politics and threats have nothing to do with it. There is no aggression in the policy of the BRIC countries. As they say, it’s just business and nothing personal. The best "militarization" ideology is the BRIC economic growth rate: about 4% a year in Russia, about 7% in India and about 9% in China. Last year, Russia’s GDP deficit was just 1%, and the public debt of the Russian Federation is one of the lowest in the world! The Europeans would be happy to arm themselves (they have always loved to do it) but no longer can do this and they are just envious.

To put it bluntly, Europe does not have enough money to rearm and the current European disarmament is in fact forced. At the same time, technologies are still the strength of the European defense industry. No doubt, these technologies continue to be in demand of the BRIC and other developing countries.