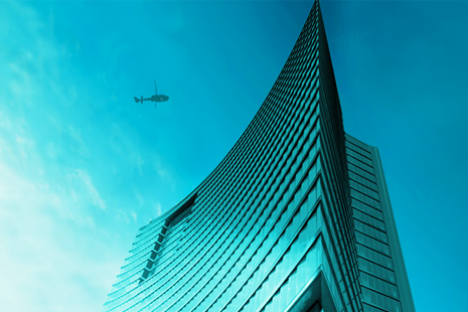 Is the West reviving what was once a spectacularly successful Western strategy – colonisation?

Is colonialism making a comeback? At a time when their economies are collapsing in slow motion, it is hard to picture Western countries possessing the will to grab resources and real estate across the globe, as they did during the colonial periods. But as unreal as it seems, it is happening.

After barely 40 years of nationalist rule, Libya’s considerable oil wealth has reverted to Western control. Iraqi oil too is flowing west. Iran and Syria could be the next targets of American and British warplanes.

Ironically, it is when the West is weak that emergent nations have reason to worry. Colonialism 2.0 isn't just a catchphrase, it is natural economics: the wealthy will always need to be vigilant against the desperate.

From the 17th to the 19th centuries when the world was being colonised by the likes of Spain, Britain, France, Belgium, Portugal and the Dutch, the two richest countries in the world were India and China, together accounting for over 50 percent of world GDP. And yet the two giant Asian nations ended up under colonial jackboots.

Now, if you believe colonisation happened when the East was decadent and the West was rising or that India and China neglected their militaries, you couldn't be more wrong.

In the early 1700s, India's legendary Admiral of the Fleet, Kanhoji Angre, routed the British, Dutch and Portuguese navies on the high seas. For 33 years until his death in 1729, the Indians remained undefeated. The British were so put off they called him a pirate.

Indian ships of that time were so advanced in design and durability that the British inducted them into their fleet. (According to Usha Kiran Rai, an expert on Indian shipping, Horatio Nelson’s flagship HMS Victory, which took part in the Battle of Trafalgar in 1805, was an Indian built vessel.)

According to the Indian Navy's website, “This so agitated British shipbuilders on the River Thames that they protested against the use of Indian built ships to carry trade from England. Consequently, active measures were adopted to cripple the Indian shipbuilding industries.”

The southern Indian kingdom of Mysore was the first in modern history to use rockets in war, and they used it with devastating effect against the British in the Battle of Guntur in 1780. The literally shell-shocked British army had no idea what hit them, and fled from the battlefield. A few unexploded Mysore rockets were later shipped to the Royal Arsenal in London, where William Congreve, the British weapons expert, reverse engineered them to launch modern rocketry in Europe.

Most Indian rulers also possessed keen geopolitical awareness. For instance, they did not allow European merchants to keep garrisons or conduct inland trade. When Thomas Roe, the British monarch's emissary, landed in western India in 1615, he was made to wait a year before the Indian emperor granted him an audience. Three years later Roe, despite his many theatrics before the grandees at Delhi, returned without a trade treaty because the emperor saw no point in trading with a country that had not one product or commodity to offer India.

William Hawkins, Roe’s precursor as ambassador to the Mughal court, had also failed to achieve any substantial results in matters of trading privileges. In fact, Hawkins was eventually ordered not to appear in the court. He had to leave India without a reply to the letter he carried from James I.

Thin end of the wedge

However, one slip-up by a weak emperor let in the hordes. A hundred years after Roe's exit, an English embassy had a stroke of luck when one of its members, William Hamilton, a physician of questionable medical skills, managed to relieve the figurehead emperor of severe pain in his groin. (Perhaps Hamilton just plied the emperor with Scotch whiskey.) The emperor gratefully signed a decree giving the British inland trading rights, customs duty exemptions, and in a remarkable lack of foresight, the right to keep a garrison. The rest as they say is history.

According to professor Rajesh Kochhar, emeritus scientist at the Indian Institute of Science Education & Research, Chandigarh, “These exemptions gave the English traders commercial advantages not only over other European companies but also over Indian traders. More importantly, the various official orders granting trade concessions gave the British a cause to defend, with military strength if needed.” Does that sound familiar?

Return of the East

Today, the east is rising once again. Economists are stunned by the unprecedented flow of manufacturing, finance and wealth to the east. Magid Igbaria, former professor of management information systems at Tel Aviv University, wrote in The Virtual Workplace: "For all but the last 500 years of human history, the world's wealth measured in human capital and in goods was concentrated in Asia. During the past five centuries, the world's wealth has been concentrated in the West. This era is coming to an end. Today, the great concentrations of human capital, financial power, manufacturing power, and informated power are once again accumulating in the East."

Indeed, in 30 years India is predicted to overtake the US, even though it is only one-fourteenth the size of the US economy now. That is an incredible rate of wealth accretion.

The question is will the US and Europe simply watch the world go past? Unlikely. In fact, there is a concerted effort by the US-led coalition to stop this trend. Here are a few ways the West is trying to stay on top:

Base instincts: The US-led coalition has over 750 military bases across the globe. Despite the huge costs involved, this extension of military power is essential to their hegemony. A bunch of European nationalities has followed the American military in its misadventures around the world. No empire in history has attempted such sweeping control. In Pliny's days the Roman, Indian and Chinese empires co-existed in their spheres of influence and never attempted to destabilise each other.

Divide and rule: The Americans are playing up India as a major "regional" power allied with the West. This is not only insulting to the Indians (why should India only be a regional power?) it also scares the hell out of the Chinese. The communists in Beijing, therefore, come out with kneejerk statements calling for India's breakup, which in turn makes the Indians consider China a natural enemy. Amazingly, in the past 2500 years, China and India never saw each other as a threat, until the British arrived, and planted the seeds of border problems.

Climate bogey: After polluting the environment for more than a century, the West now wants India and China to reduce emissions. It's a thinly disguised attempt to slow these rapidly growing economies. Just before the Copenhagen climate talks, India's then Environment Minister Jairam Ramesh did an about turn and his views seemed to align with Western interests, which led to key Indian negotiators quitting in disgust. Newsweek, the Pentagon mouthpiece masquerading as journalism, was sufficiently pleased with Ramesh to label him the "global rock star of climate change".

Dollar gambit: Wouldn't you feel almighty if you obtained a license to print US dollars off your home printer? While the rest of the world has to earn a living the hard way, the Americans just print dollars to pay their bills. In fact, in recent years even that pretense has been given the heave-ho, and now trillions of dollars are generated electronically in the accounts of the US Federal Reserves. It's as simple as that.

There is another way the dollar trade works against the interests of non-Western countries. Countries like China and Russia invest their earnings in US treasury bonds; these dollars are used by the Americans to maintain their global military supremacy, build increasingly modern weapons, and reward their allies with cash, weapons and security umbrellas.

WTO: Russian President Vladimir Putin has called it "archaic, undemocratic and inflexible" and dominated by a small group of developed countries which indulge in protectionism. One of its aims is to pry open the agricultural markets of Asia, including India. Incidentally, India has the highest number of farmer suicides in the world.

Caricaturing rivals: Robert Hunter, the US envoy to NATO under former President Bill Clinton, believes “Russia is a Saudi Arabia with trees”. The fact that this old geezer of the American Right made the comment when Russia was resurgent under Putin is ironic and hints at envy. Indeed, the West doesn’t let slip any occasion to demonise the Russian military and its leadership. Putin remains its favourite bogeyman; their frustration at his win in the March 2012 presidential elections is so intense that the Obama White House – in a breach of protocol – has refused to send a message of congratulations.

While the caricaturing of enemies is an ancient tradition and no nation is immune to it, the Western media has turned it into a powerful tool for knocking its rivals. For instance, when the Indian Chandrayan spacefcraft landed on the moon, Fox New ran this headline: “Whoa, where’d they learn to do that?” There were jokes about Indians building 7/11s on the moon, implying that Indians were only good for running neighbourhood grocery stores.

With China it’s a bit different – it’s the equation of fear + dislike + dependence that drives that relationship. The West is overly dependent on cheap Chinese manufacturing but the downside is that Western technology is being siphoned to Chinese companies. China is the big ogre that has replaced the Soviet Union.

This caricaturing serves a purpose – it creates the impression among the Western masses that non-Westerners are dangerous and uncivilised, and therefore the West has to use military means to restore order. This is a reprise of the colonial period when Asians, Africans, Australian Aborigines and native Americans were described as hordes and niggers.

General Manuel Noriega was once upon a time in Panama, the CIA's most valuable asset, doing their dirty work: drug trafficking, racketeering, money laundering, murdering. However, the Agency wanted total control of Panama and so in 1989 the US invaded the country, and accused him of doing precisely what they had ordered him to do.

In the first era of colonialism, the then dominant Eastern nations opened up their economies and territories to comparatively backward Western nations over a span of several decades, finally ending up as their colonies. Under the guise of globalisation and ‘free’ trade, Colonialism 2.0 could happen in much the same way.