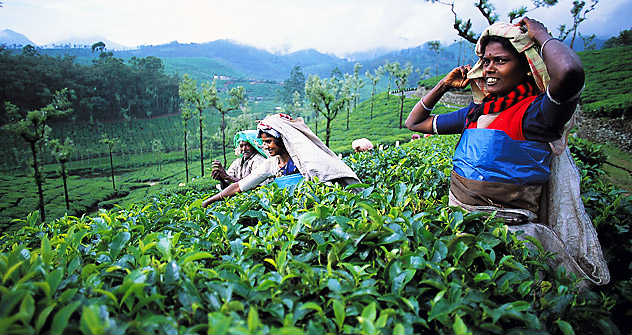 What can agriculture experts around the world learn from the BRIC countries? Source: Alamy/Legion-Media

While developed economies have many advantages, there are areas where they can learn from the experience of developing countries, particularly the fast-growing BRIC economies.

As the world population grows, the global demand for food continues to accelerate, while food production resources dwindle. The total area of arable land is decreasing because of urban expansion, active use of fertilizers and pesticides. Furthermore, global food prices are volatile – Jikun Huang, director of the Center for Chinese Agricultural Policy, admits that global food prices tend to have a stronger influence on domestic food prices each year, so cost-planning becomes harder for producers and consumers.

According to estimates from by Ramesh Chand, director of the Indian National Center for Agricultural Economics and Policy Research, to meet the global demand, food production must expand at least 3 percent annually for at least the next 20 years. So far, the world is lagging behind: From 1990 to 2007, world food output grew hardly more than 2 percent per year. How can a further 50 percent increase be attained?

The Economist Intelligence Unit (EIU) has conducted a series of interviews with experts and market players from Brazil, India, China and Russia within the scope of its study “Agriculture in high-growth markets.” The document calls these four countries the locomotives of global agribusiness.

The EIU believes the BRIC economies’ successes can provide valuable lessons for other developing (for example, African) and even developed economies. What can agriculture experts around the world learn from the BRIC countries?

Despite these positive developments, emerging economies have plenty of challenges to address. EIU experts have pointed out the following fundamental problems that must be overcome for agriculture in developing economies to continue to grow.

Since the devastating 2010 summer fires, Russia has once again built up its grain industry to become a net exporter of grain to the world market, but the country faces stiff challenges from countries as diverse as Brazil, the United States and Kazakstan. In order to remain competitive, Russia must develop institutions that can manage the sector rather than relying on the government to do so.

You may read russian text in Slon.ru