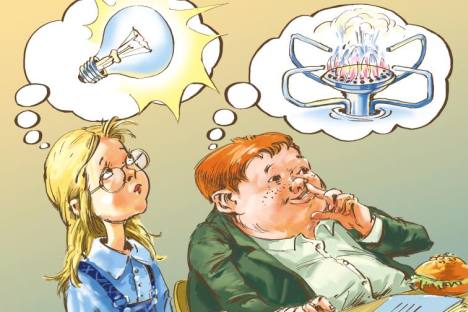 Russian IT specialists and engineers work in prominent tech foreign firms, from Google to Microsoft. Why are all these talented Russians leaving the country?

“Is Russia the motherland of talent?” my Western colleagues often asked me, considering the number of talented Russian developers and engineers working for Western companies.

These include many big names such as Google co-founder Sergei Brin or PayPal founder Max Levchin. Yet neither of them can be considered a voluntary emigrant, because both left the Soviet Union as children – the decision to emigrate was made by their parents.

Even so, there are thousands of Russian computer specialists who have chosen to go and live in the United States. These include two legendary programmers of the late 1980s – Arkady Borkovsky, who heads the Yandex R&D Center in California, and Eugene Veselov, a leading programmer for Microsoft. Parascript, a leading developer of handwriting recognition solutions for mail and checks, as well as early cancer detection solutions, still employs mostly Russian engineers, although it is headquartered in Boulder, Colorado.

I have never come across comparative talent statistics by country or group of countries and I don’t believe that Russia supplies more immigrant talent than other countries; however, many have felt this way. In answer to my colleagues’ questions, I normally provide the following explanation.

First of all, Russia was under the sway of an ideology-driven dictatorship throughout most of the 20th century. All intelligent people realized that, in order to minimize the ideological imprint on their lives, they should avoid studying history, philosophy, law, literary studies and politics and, instead, engage in pure science – mathematics, astronomy, physics or chemistry.

Yet ideology played havoc even with exact sciences, including biology, genetics and cybernetics. One of the most prominent botanists and geneticists of the 20th century, Nikolai Vavilov, was executed during Stalin’s Great Purge. Soviet genetics was ruined and most Soviet geneticists died in the gulag. The notion of “bourgeois pseudoscience,” which was applied at the time to cybernetics and genetics, became a common term. In the 1930s, there was an attempt to brand probability theory as a pseudoscience, but it was saved by the ingenuity of the preeminent mathematician Andrei Kolmogorov, founder of complexity theory.

Most intelligent people understood, therefore, the danger inherent in the humanities and focused on the small range of exact sciences, creating the illusion of “extraordinarily talented Russian scientists and engineers.”

After “Scientific Communism” was abolished in 1990 and the indoctrination of society collapsed, talented young Russians hurried into fields such as business, banking, law and finance. And, on the flip side, Russian science lost much of its lifeblood. The policies of post-Soviet Russian authorities have marginalized education and science in both state financing and, more importantly, in the public eye. Contemporary Russia has made it prestigious to be a banker, stockbroker, prosecutor, restaurant owner or TV presenter, but not a scientist.

There are no indications that Russian science will recover any time soon. And when it finally does so, will there be any demand for it in the world?

Talented young Russians interested in science are asking themselves the same question. They understand that their chances of success in their own country are limited in virtually all areas, since the Russian economy today is driven by oil and gas, not innovation.

To succeed, they need to make a deal with their conscience almost everywhere and flout moral standards. They are also impeded by the mediocrity of the political system and the Russian authorities in general – the existing vertical of power is essentially feudal: the closer you find yourself to the authorities, the more opportunities, power and money you have. As the great actress and philanthropist Chulpan Khamatova, put it, “In this country, you can’t live the way you ought to.”

The future of the IT industry in Russia is vague because the authorities today only need people capable of pumping oil and servicing those who pump oil. They plan to buy the rest, including new talent.

Stepan Pachikov (born 1950), Cand. Sc.(Physics and Mathematics), former senior research associate at the Academy of Sciences of the USSR, founder of the first Moscow computer club (together with Garry Kasparov), the ParaGraph (1989) and Evernote companies. He lives in New York