The North-South corridor: Prospects of multilateral trade in Eurasia 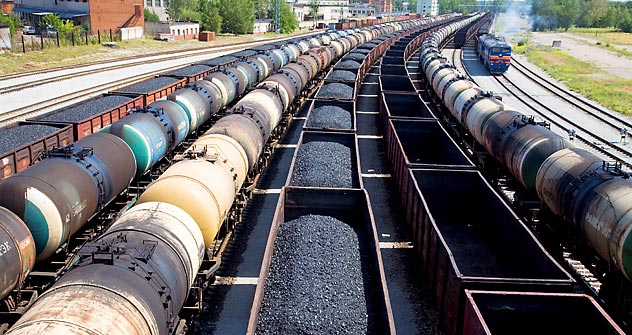 Another reason why India is interested to pursue this Iran route is India’s rivalry with Pakistan, and the turmoil in Afghanistan. Source: Laif/Vostock-Photo

While the current international politics is revolved around raging issues of Syria and Iran, the developments in other parts of the world are interesting enough particularly from the point of view of geopolitics of Eurasia, in which India and Russia have major stakes.

The linking of India with Russia via Iran and Central Asia will not benefit the countries involved in the north-south corridor project but it will also facilitate trade in Eurasian region by opening up vast markets while reducing the costs of transport and travel. Later this month the countries involved in this project are going to meet in New Delhi to further deliberate and give some concrete shape to this corridor project.

Mooted by India, Russia and Iran in St. Petersburg in 2000, the idea of this corridor has travelled through many ups and downs. The rapidly changing dynamics of the Eurasian region, the volatility in the post-Soviet space, and also the crisis in Afghanistan, and the Iran quagmire affected the contours of the project. Hence, despite the lapse of twelve valuable years, the project still seems to be a non-starter.

The North-South Transport Corridor is a term used to describe the ship, rail, and road route for moving freight from South Asia to Europe through Central Asia, the Caucasus, and Russia. The route primarily involves moving goods from India via ship to Iran. From Iran, the freight moves by ship across the Caspian Sea or by truck or rail to Southern Russia. From there, the goods are transported by truck or rail along the Volga River through Moscow to Northern Europe. In 2001, Russia, Iran, and India signed an agreement to further develop the route.

But, it appears that India has taken a major step in arranging the meeting of the countries including Iran, Russia, and countries of Central Asia, as well as Bulgaria in January this year to push the idea of this project and its implementation. Currently the project includes countries such Azerbaijan, Armenia, Kazhakstan, Kyrgyzstan, Tajikistan, Turkey, Ukraine, Belarus and Oman, besides the countries mentioned above.  India’s active dynamism to see the implementation of this project can be juxtaposed to its rising clout in international politics, and its increasing bonhomie with Russia. One of the major partners in this project, Iran has been embroiled in hot politics with Israel and the US, but that seems not to deter India and interested partners including Russia and Central Asia to move ahead with the project.

India’s active interest to pursue the project stems from varied considerations. Indian goods to Russia and Central Asia have to travel through circuitous routes of Suez Canal. As a report in the Indian daily Times of India of 13 March 2012 details, “The project envisages a multi-modal transportation network that connects ports on India's west coast to Bandar Abbas in Iran, then overland to Bandar Anzali port on the Caspian Sea; thence through Rasht and Astara on the Azerbaijan border onwards to Kazakhstan, and further onwards towards Russia, and through Mediterranean to reach Ukrainian ports of Odessa and Kiev, and then onwards to Russia and Central Asia.” This route is not complete as it requires rail connectivity of about 200 km from Iran to Caspian Sea. This network can be further expanded to Europe and South East Asia. The new route will reduce transport cost and travel time to a significant extent. While the Suez Canal route takes about 45-60 days, the Iran route will take about 25-30 days. The good India-Russia-Iran equations will likely help realize this project in expected time.

Another reason why India is interested to pursue this Iran route is India’s rivalry with Pakistan, and the turmoil in Afghanistan. As a result, India is cagey about exploring options of Iran-Pakistan-India route. As reports suggest, India is also interested to develop the projects in Iran as following this way it can bypass the sanctions on Iran by investing in projects in Iran in lieu of paying for importing oil from it.

The larger implications of the North-South corridor, which has also other branches such as the route linking Turkmenistan and Azerbaijan, or the route linking Afghanistan and Uzbekistan, both of which can be linked to this corridor, will have wider significance for the region. It will help open vast markets in India, Russia and Central Asia and other parts of Asia and Europe. In this context, the idea of Eurasian Union assumes significance. The already existent Customs Union of countries of Russia, Ukraine and Belarus can be further expanded and linked to other countries of Eurasia in order to have wider economic entity, which can use this transport corridor to advantage.

Vladimir Putin before the presidential election of this month has already revealed his vision of Eurasian Union, which in its umbrella will likely embrace the countries of post-Soviet space in a framework of mutually beneficial cooperation. The energy rich region with vast geography and with vast resources besides energy will likely play a crucial role in the emerging new great game in post-Soviet Eurasian space. Forget the political implications; the economic dimension of this project will be enough to alter the contours of existing international politics, with indications of shift and proliferation of global power base.

Besides the Eurasian Union idea, another crucial dimension in the context of connectivity in Eurasian space is the rise of Shanghai Cooperation Organization (SCO). Many of the countries involved in this project are associated with the SCO whether as a member or an observer. China has already expanded its clout to the regions of Central Asia. While Russia is already a power in the region to be reckoned with, the entry of India in a major way, will likely vault the three countries – India, Russia and China – to further strengthen mutual trade and commerce relations with wider implications for the region. The mutual cooperation between these three countries will further widen the discourse on multilateralism with the strengthening of the Russia-India-China (RIC) and Brazil-Russia-India-China-South Africa (BRICS) framework.

The Central Asian leaders too are keen to see the network of routes to open. Uzbek President Islam Karimov during his visit to New Delhi last year and Kazakh President Nursultan Nazarabayev during his visit to India emphasized the increasing cooperation between regional countries. Kazakhstan has already invited India to explore its Satpayev oil block. The building of the North-South corridor will certainly facilitate such a prospect. Not only that, it can bring the countries of the region in mutually beneficial framework, without any baggage of the past rivalry. In the evolving world order the mantras of success in bilateral or multilateral cooperation will be better connectivity, and better trade and commerce. The opening of north-south corridor will certainly facilitate this prospect, and bring the powers of the region particularly India and Russia to a rising platform of friendship and cooperation.

Dr Debidatta Aurobinda Mahapatra is part of the research faculty at the Centre for Central Eurasian Studies, University of Mumbai, India