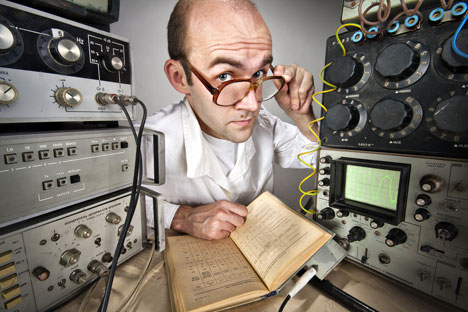 Russian inventors have contributed generously to the development of global scientific thought. Many of their inventions have literally transformed the world, enabling us to enjoy such blessings of civilisation as aircraft, cars, computers and television. RIR presents a dozen of such revolutionary innovations that have become an integral part of modern existence. 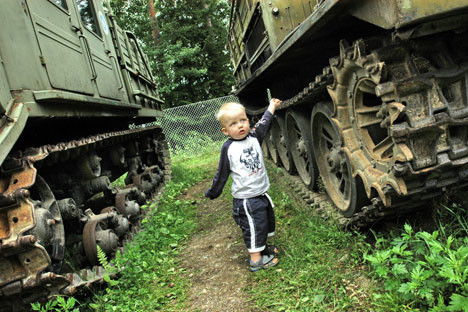 In 1837, Russian army captain Dmitry Zagryazhsky came up with drawings of a caterpillar drive and applied to the Ministry of Finance for a patent for his invention of a “carriage with a flat chain mechanical caterpillar”. He was granted a patent but his invention did not interest manufacturers at that time and the patent was annulled in 1839. Much later, in 1877, Russian peasant and self-taught inventor Fyodor Blinov completed Zagryazhsky’s unfinshed task and created a wagon that moved on caterpillars. This invention gave the green light to production of tractors and, subsequently, of tanks. 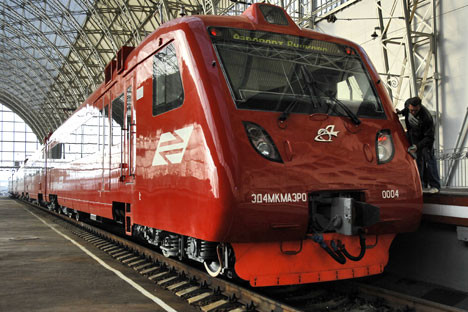 The invention of an electrically-powered railway wagon was a precondition for the transport revolution that spurred the development of towns and industrial centres. It all started in 1874-1876, when Fyodor Pirotsky conducted a slew of experiments on transmitting electricity over a distance, with one rail serving as a direct conductor and the other, as a reverse conductor. An electric motor, located one kilometre from the power source, worked. A few years later, he conducted an experiment at a railway spur near Sestroretsk. There were 40 people in the wagon. The first electrified tram line was opened as late as 1881 in a Berlin suburb on the basis of designs by the Russian inventor 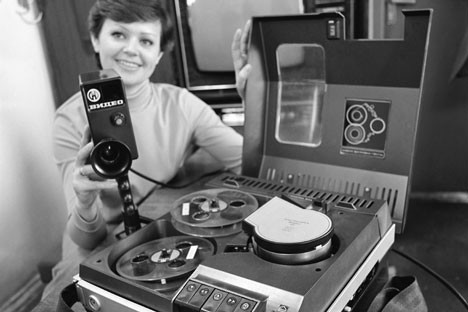 Alexander Poniatoff (Poniatov), a student of the founding father of Russian aviation Nikolay Zhukovsky, started the Ampex company in the United States and worked there in the 1950s. The company succeeded in producing the first quality video signal recorder. Ampex kept its lead in the market for professional magnetic recording of video for half a century and global electronics giants had to use Poniatoff’s patents to produce home video equipment. 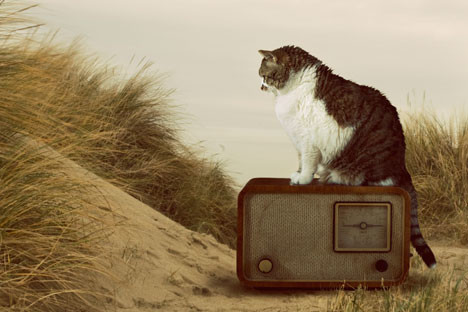 Alexander Popov, a professor of physics, announced the invention of a system for wireless communications at a lecture at St Petersburg University in April 1885 and displayed the world’s first radio set. He was unable to publish his work though because he worked for a military institution. Italian Guglielmo Marconi conducted similar experiments at about the same time – his article was published in 1897. Unlike Popov’s, Marconi’s invention was commercialised fast, so they still argue in the West over who invented radio first. 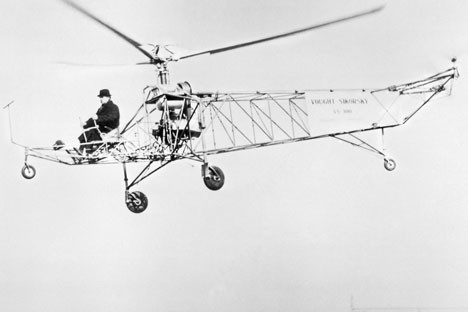 Igor Sikorsky was another Russian inventor whose potential was fully realized abroad. In 1910, he created the prototype of a rotor-driven device, which successfully got off the ground. In 1912, he created the first hydroplane in the world and then the first multiple-engine aircraft. After the 1917 Revolution in Russia, he had to emigrate to the US, where he established his own company, Sikorsky Aero Engineering Company, using a contribution from remarkable Russian composer Sergei Rachmaninoff. Sikorsky’s first experimental helicopter designed in the United States got off the ground in September 1939. The design of that machine, which has been considered a classic helicopter design for more than fifty years now, has been used for almost 95% helicopters built around the world. In 1942, Sikorsky created a two-seater helicopter. 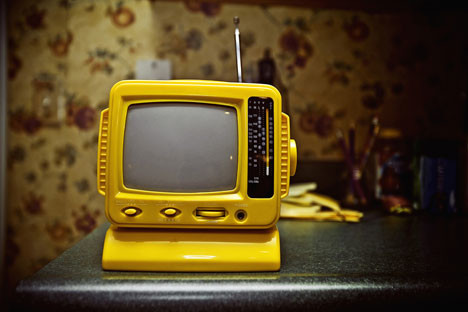 It is owing to discoveries by Russian physicist Alexander Stoletov that we enjoy television today. In the late 1880s, he produced a theoretical justification of photoelectric effect through a series of experiments. Photoelectric effect formed the basis for the production of solar cells, which are broadly used in practice now. Stoletov created the first solar cell based upon outer photoelectric effect and discovered the proportionality between the intensity of light and photo induced current. 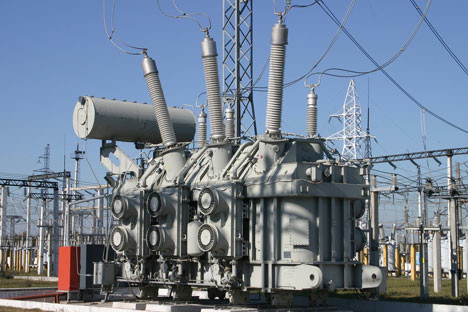 You cannot have a power grid without transformers. Transformers were invented, built and put into operation by Russian electrical engineer Pavel Yablochkov and physicist Ivan Usagin. The solution that made it to history books as the “distribution of light” was produced by Yablochkov in the mid-1870s. The invention, which consisted of a transformer and condenser, was displayed in Paris and St Petersburg and, as early as 1882, the open-core transformer was patented in France by inventors Lucien Gaulard and Josiah Willard Gibbs. 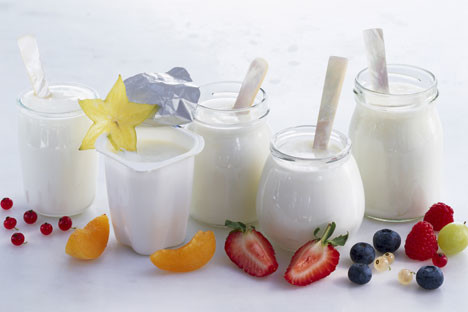 Although cultured milk products appeared centuries ago, it was Russian scientist Mechnikov who first theorised their positive impact on longevity. Back in 1910, he suggested that, in order to live longer, a person should consume fermented milk products, which reduce putrefactive processes in the intestines. Mechnikov proved that Bulgaria had the biggest percentage of long-livers – and it is in Bulgaria that yoghurt is believed to have been born, because ancient Thrace was the first country to ever mix milk with ferments. 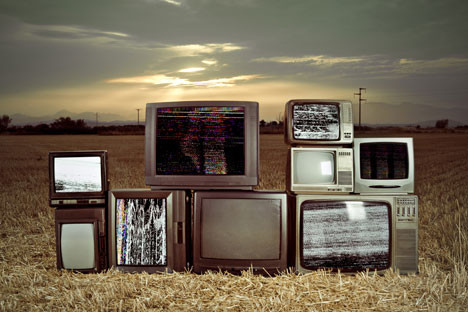 Vladimir Zworykin was another Russian engineer whose inventions debuted in the United States. He came up with the main invention of the 20th century – electronic television. He applied for a television patent in the US in 1923. Six years later, he developed the kinescope, a high-vacuum television receiver tube, and two years later, he created the first transmitting device, which he called an iconoscope. 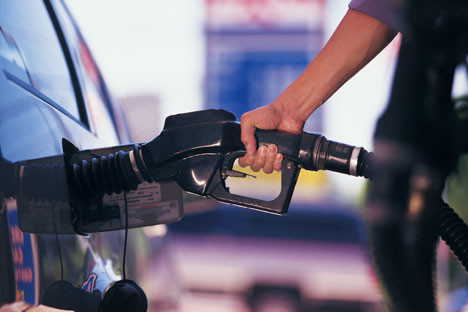 You cannot imagine living in the modern world without a car but no car would be possible without petrol. Cracking is a process that allows petrol to be produced from heavy or high-boiling factions of oil and it is owing to cracking that we can produce the enormous amounts of petrol modern cars consume. Cracking allows up to 70% of crude oil to be turned into petrol, while standard distillation methods provide 10% to 20%. The cracking method was invented by Russian engineer Vladimir Shukhov, who also created the first industrial cracking unit in 1891. 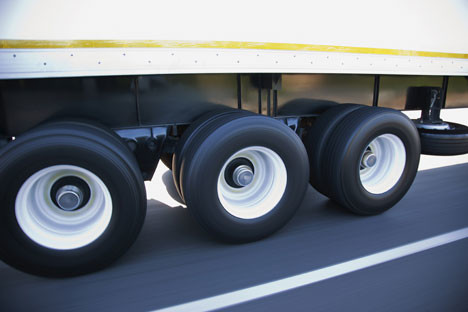 It's hard to envisage modern economy without synthetic rubber.Man-made rubber is mostly used to make tyres for vehicles, aircraft and bicycles. Artificial rubber is also used in making seals, insulation, medical devices and in many other areas. Synthetic rubbers are also indispensable for producing solid rocket propellants. The first commercially viable artificial rubber was polybutadiene resin, synthesised by the method developed by Russian chemist Sergei Lebedev. He obtained the first specimens of synthetic rubber in 1910. His book “Research in polymerisation of by-ethylene hydrocarbons”, printed in 1913, provided the foundations for commercial artificial rubber synthesis. 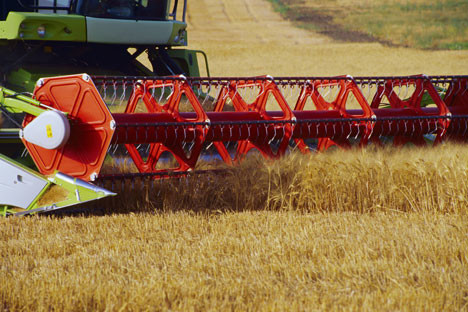 Andrei Vlasenko ran an estate in Tver province. In 1868, he invented the world’s first grain harvester, which he called a “reaper-thrasher”. It was mostly wooden and was powered by three horses. The machine had a capacity of twenty 19th century peasants. Vlasenko built two machines, powered by two horses each and driven by a single operator, which worked on the landowner’s fields in Tver province for many years. Only a decade later, American newspapers delivered breaking news about a thrasher built in California – newsmen called it a “combine harvester”. The first American harvester was similar to Vlasenko’s machine in terms of its operating principle, but was powered by 24 mules and driven by seven operators.