A BRICS initiative on Syria 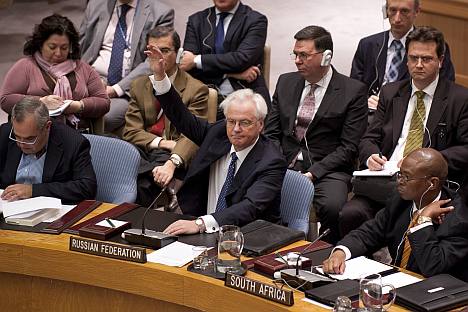 Recent media reports suggest the intriguing possibility that 'non-alignment' is likely gaining currency once again as the core tenet of India's foreign policy. Life is taking full circle after almost 6 or 7 years ago when the former United States Secretary of State Condoleeza Rice exhorted Indian pundits to purge from their thinking the last trace of the doctrine of ‘non-alignment’ associated with the world of Jawaharlal Nehru and Indira Gandhi. She sought that Indians should instead trust the United States’ determination to make their country a truly global player.

Thus, in the period that followed, Chanakya (circa 3rd century BC) who is credited with authorship of the ancient Indian political treatise called Arthasatra, was brought out of the woodwork to replace Nehru and Indira Gandhi as the new game in town in New Delhi. The ‘Hindu Machiavelli’ who was forgotten for some two millennia as an archaic past if little relevance to the modern-day world, provided the ‘civilisational alibi’ for the Indian establishment to bring about a paradigm shift in its foreign policy – under the garb of ‘national interests’ – attuned to its ‘unipolar predicament’ in the post-Cold War era.

But then, trouble ensued. To the astonishment of the Indian crew, by the time their ship changed course, the world financial crisis erupted and the engine of the American ship began spluttering. The Indians are used to sailing ships in far greater disrepair and they kept wondering what was all this fuss about the dysfunctional American ship but in the event reason began prevailing.

Suffice to say, taking shelter behind an inchoate welter of ‘national interests’ is no longer tenable and a post-modern rediscovery of ‘non-alignment’ suitable for the digital age has become necessary – ‘Non-Alignment. 2’.

But, is India truly ready for ‘non-alignment’? The heart of the matter is that ‘non-alignment’ is not only a doctrine but also a frame of mind. It is this fascinating quality of the mind – of being creative and innovative while being reflective – that differentiates it from mundane ‘neutrality’ or passivity. Is the Indian establishment in a frame of mind to be creative?

After nearly a decade of harmonizing the Indian policies with the American policies and global strategies, the capacity for new thinking has diminished in New Delhi. A kind of Pavlovian reflex took over. Second, a gnawing hope lingers in the Indian mind that maybe the American ship might be pulling into the harbor for some minor repair and may resume its global voyage. (Washington, of course, will do all it can to reinforce that naïve hope.)

Third and the most important, New Delhi finds to its dismay that the ‘non-aligned’ camp has also transformed while it was consorting with the US superpower. Funnily, China entered the tent that Nehru erected on the global commons and India needs to be a new team player and incrementally prove its leadership qualities.

China is no cakewalk, either. It is a seasoned practitioner of international diplomacy and possesses the native genius to think situations through in the long term and craft policies and strategies riveted on apparently value-based principles, which help it optimally navigate its specific, hard-nosed national interests as well.

The crisis in Syria shows that Russia and China are creatively adapting the tenets of ‘non-alignment’ to the prevailing world order. This has brought the two countries closer together than at anytime in modern history. They share a common aversion toward Cold-War era ‘bloc mentality’. Neither is prescriptive as to how others should order their national life.

They share an abhorrence of the use of force to settle differences. Both are staunchly wedded to international law and the United Nations Charter – and, indeed, the primacy of the UN itself – as the guiding principles in the conduct of inter-state relations involving countries big and small.

Neither China nor Russia seeks an alliance system to further national interests. Nor do they even remotely contemplate a confrontation with the US-led alliance Cold-War era trans-Atlantic military alliance system that still exists in the international system.

Syria, thus, becomes an engrossing test case where the West and its hangers-on would find itself pitted against the doctrine of ‘non-alignment’ for the first time in a post-Cold war setting. What happens in Syria is going to determine the fate and character of the multipolar world order in the coming decades. The fundamental issue is whether reform and democratization of a society is possible through dialogue and discussion.

The ‘non-aligned’ countries have a big role to play in making a peaceful transition possible in Syria. If India joins hands with Russia and China in an endeavor in search of peace and reconciliation, the prospects of success will remarkably improve. Other influential voices in the world community – the ‘silent majority’ – will also feel encouraged to express their deep disquiet about what is happening in Syria so soon after the West’s bloody war in Libya.

The Syrian situation has all the pre-requisites of mediation by an entity of impartial, well-meaning non-aligned countries so that the civil war and the horrendous bloodshed and anarchy that stares in the face can still be avoided. Russia and China are already playing a role, although the West and the “pro-West” Arab camp (masquerading as the Arab League) constantly frustrate their efforts. That is why India joining hands with Russia and China at this juncture could make a critical difference.

The credentials of these three countries to perform such a role are far better than one might imagine. To be sure, all three are stakeholders in a stable, secure Middle East region. They enjoy cordial ties with all the countries of the region, which may be currently finding themselves in discords (exacerbated by outsiders) over one issue or another – be it Saudi Arabia and Qatar or Syria, Iraq and Lebanon. Their intentions toward the Arab peoples have never been hegemonistic, historically speaking. In sum, they enjoy the perfect credentials to help the region harness the impulses of the Arab Spring and transform them creatively as a genuinely Arab narrative.

What Syria acutely needs is an Arab narrative – not a roadmap drawn up by Nicolas Sarkozy or David Cameron. And, on the contrary, what is happening is that in the absence of an authentic Arab narrative, imposters have appeared from outside the Arab world with their own formulae, which have been drawn up essentially from the point of their vested interests. Whereas, the native genius of the Arab nation is fully capable of finding a path of regeneration of their societies, provided an international climate is created for it to happen. Today, there is no unified voice striving to define that space for the Arab nation. Oil and geopolitics have surged to the fore as the principal narratives. Even ‘Islamism’ is being carefully tempered to suit the demands of geopolitics!

This is a ripe moment to mount a ‘non-aligned’ initiative on Syria. Unfortunately, there has been so far no initiative from Moscow, Beijing or New Delhi to explore the possibilities of such an initiative. While Moscow and Beijing are increasingly coordinating their stance over Syria, the fact is they are overwhelmingly on their own on the diplomatic plane. The forthcoming summit of the BRICS on March 28-29 at the Indian capital offers an occasion to propose a ‘non-aligned’ agenda for the resolution of the Syrian crisis. Perhaps, BRICS could constitute a working group. India, as the chairman of the BRICS grouping for the coming year should take the lead.

As for India, it has taken an incomprehensible decision to identify with the ‘Friends of Syria’ [FOS] grouping by attending its gathering in Tunis a week ago. Hopefully, the Tunis meet proved to be a wake-up call for the Indian foreign-policy establishment. The fashion in which Saudi Foreign Minister Saud bin Faisal staged a brusque “walk-out” from the Tunis meet – and the issues of war and peace over which he bluntly differed with his American counterpart Hillary Clinton – would have been a case study on the complexities of the Middle East situation for the Indian official present at the FOS venue. Simply put, India didn’t belong there.