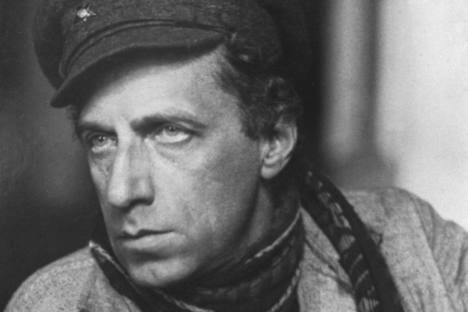 It was politics and Bertolt Brecht that brought David Chambers to Russian theater many years ago.

As Chambers recalls it now, he could feel the great Russian director Vsevolod Meyerhold “looming in the background” as he studied the work of Brecht. The connection with Meyerhold finally happened during a visit to a conference in Montreal in the late 1990s. There, Chambers met the Russian pedagogue and scholar Nikolai Pesochinsky and they launched into an ambitious joint project — a reconstruction of Meyerhold’s famous 1926 production of Nikolai Gogol’s “The Inspector General.”

“We began to stage what we thought it looked like, and then we built a frame around that,”Chambers said. The result was, in his words, “a production about a production.”

Chambers is a professor of directing at the Yale School of Drama, and his connection to Russia and Russian theater now runs deep — personally as well as professionally.

“I found myself feeling very comfortable in Russia,” he said. “I feel very connected.”

In addition to adopting a son from a small city outside Yekaterinburg, Chambers has continued to develop a working relationship with Russia and Russian theater. He has been a participant or catalyst in several projects bringing Russian and American theater cultures together. These have included, among others, Kama Ginkas’s world-premiere production of “Rothschild’s Fiddle” at the Yale Repertory Theater in 2004; several trips to St. Petersburg and Moscow to study the legacy of the influential Russian directors and teachers Georgy Tovstonogov, Maria Knebel, Anatoly Efros and Lev Dodin; and a joint program with Moscow’s Playwright and Director Center that began last year.

A group from the Center — including director Marat Gatsalov and playwright Nina Belenitskaya — visited Yale last spring. That was followed by a trip to Moscow involving a group of young playwrights currently studying at the Yale School of Drama. Their works were translated into Russian and given staged readings of varying sophistication during a public workshop.

It was “one of the most valuable new play experiences” Chambers said he had ever had. He explained that the American writers were “challenged, thrilled, excited and frustrated” by the encounter and that it was a profound learning experience for them.

Accustomed by their own national tradition to having significant control over the staging of their works, the American playwrights were surprised to find that in Moscow, they not only were not invited to attend rehearsals, they were not allowed to be present. Thus, when they witnessed the staged readings along with packed houses of spectators at the Playwright and Director Center, they were amazed at what they saw. In some cases, that meant they were exhilarated by what directors revealed in their work; in others it meant they were horrified to see how they had been misinterpreted.

The experience had an immediate effect on Chambers’ work at Yale, he said: “We brought some ideas back and have remodeled the first-year playwright and directing laboratory on the experience.”