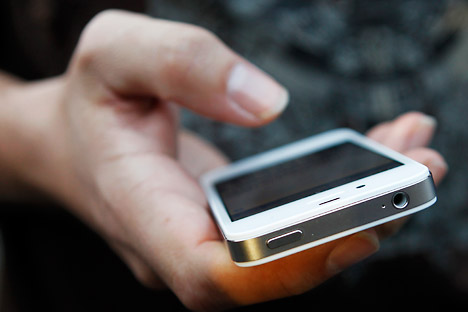 An offer on a coupon site to get a new iPhone for half price at first glance looked like a scam, but actually turned out to be legit.

The Internet seems to be creating a second reality and already in the economy. Take, for example, the latest model of the coveted Apple iPhone. In developed countries it actually has a set price, which is officially announced at a model’s launch. But in Russia, the situation is somewhat different. On Oct. 19, an ad appeared on the website of Russian coupon service BigBuzzy offering the iPhone 4S at a 54 percent discount – the phone would cost 19,990 rubles instead of the expected 43,199 rubles.

Naturally, the online community began chattering about the mechanics of the scam: was it a pyramid scheme, where the first to pay would receive gadgets at the expense of later ones, or a coupon company that would banally disappear with all the money?

Orders for the discounted phones closed on the night of Oct. 28. More than 7,500 coupons were sold. If all the buyers chose the cheapest modification (19,990 rubles bought a version of the iPHone with 16 GB of memory; 32 GB went for 23,990, 64 GB for 25,990), BigBuzzy collected more than 150 million rubles in 10 days. The organizers promised that they would be distributed the phones after Nov. 25.

Mobile Research Group analyst Eldar Murtazin denounced the sale: “Getting an official phone for this money is impossible. Getting a phone by the specified time is impossible. Getting an unofficial phone for this money is also impossible (as long as BigBuzzy isn’t subsidizing them). Is it a scam? Certainly,” he wrote on his LiveJournal blog. Murtazin returned to the topic several times on various websites: “The purpose of this scam is to replenish the working capital of the company and then, perhaps, return the money,” he wrote elsewhere.

On Nov. 25, no one received an iPhone. BigBuzzy’s Sergei Belousov stressed what he had said from the very beginning: his company would start distributing the phones on Nov. 25 – if, by that day, the official distributors of the iPhone in Russia had received the first batch. For those tired of waiting, BigBuzzy refunded the money to the credit cards used to make the purchase. By the end of February, around 3,000 participants in the sale had gotten their money back.

But – those who decided to wait eventually received the coveted phones. More than 2,000 buyers have received their phones and BigBuzzy has promised to fulfill all the orders by the end of March. “The first batch – 800–900 phones – had to be bought retail,” said Belousov. “I had to personally buy the first 60-something iPhones at the store on Tverskaya. As soon as they came in, I went and said, ‘Let’s have them all.’ Then I transferred money to the accounts of seven of my top executives, and they went with cards to buy through all channels. Later, two operators did ship us some of the phones through direct contracts after all. With one of them we signed a dealership contract, with another we are about to came to an agreement on it.”

Murtazin maintains the sale was still a scam. “For all intents and purposes, they obtained credit which they could put into use,” he said. “As soon as they receive some percentage of the loan, they buy the next batch, and distribute it to the waiting.”

What happened? Belousov decided to market his business through this sale. Rather than putting money into advertising, he used the funds up front to offer a coveted product at a discount. How effective was the marketing scheme? Many people learned about BigBuzzy, but, as Belousov admitted, the publicity was rather more negative than he had anticipated.