Back to the Moon: when, why and how? 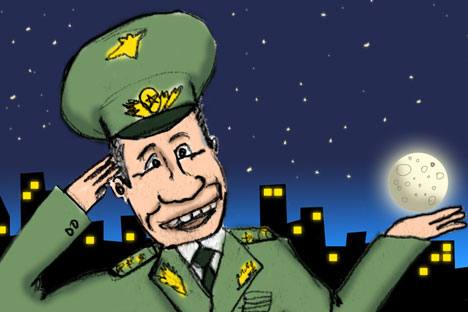 Roskosmos head Vladimir Popovkin announced that Russia was expected to reach the moon by 2020 which brought about a sensation.

In the past decade, the Russian space program has not impressed the world with any large-scale projects, especially successful ones. Given this recent history, Roskosmos head Vladimir Popovkin’s declaration that Russia plans to reach the moon by 2020 has caused a sensation.

Preparing and sending a mission to the moon will cost about $17 billion over the next decade. Given the current annual budget of Roskosmos -- $4 billion per year – the financing of the space agency will have to be increased by almost 50 percent to implement the Moon program. If Russia pursues a “comprehensive Moon exploration” program, which could include the creation of a permanent base on the Moon, the Roskosmos budget will have to be raised more than six-fold.

Such a serious budget increase will have to be substantiated, and this appears to be the chief problem for contemporary domestic astronautics. Why should Russia go back to the Moon at all?

It’s hard to justify a manned Moon landing 50 years after the successes of American astronauts, especially when the scientific exploration of the moon is being efficiently carried out by unmanned vehicles launched by various countries. Russia already has its own unmanned Moon vehicle projects in the works – in the next few years, Luna-Glob and Luna-Resurs are to be launched. These missions are expected to return a case of wet Moon soil from the lunar polar regions.

For Russia, the delivery of moon soil back to Earth may provide an impetus to a more serious program. The evidence of large polar ice masses on the moon will make potential deployment of a lunar base much easier. Another argument in favor of a moon base is its role as a springboard for exploring Mars. The lower force of gravity on the moon makes it easier to launch a heavy spacecraft capable of delivering a relatively large crew of six to seven cosmonauts to Mars, along with the required equipment. A lunar base would allow a “space shipyard” to be set up for assembling a vehicle bound for Mars on the moon from components delivered from Earth. The Mars mission may also return to the moon, to ultimately get back to Earth in a ship travelling from the moon base.

The lunar base could perform one more function. The moon soil contains large amounts of the isotope helium-3. Helium/deuterium nuclear fusion is regarded as a potential substitute for deuterium/tritium fusion, which is well known to people for its application in thermonuclear processes. Helium-3 is, therefore, an isotope that holds much promise for the thermonuclear power industry of the future.

Once power engineers achieve a thermonuclear reaction breakthrough, the moon will become a valuable asset, and its exploration a practical business task rather than an abstract scientific challenge, and will have to be addressed by the biggest energy corporations.

But Roskosmos plans for a manned moon mission are suspended for the moment, however, because Russia at the moment has no plans for building a ship capable of traveling to the moon. So far, all hopes have been pinned in the PPTS (Prospective Piloted Transport System) and the part of it known as the PTK NP (New Generation Piloted Transport Ship).

The system is being developed by RKK Energia, which has announced the trial period – 2015 for the unmanned ship and 2018 for the manned version of the vehicle. Even so, the recent track record of Russian space efforts raises doubts that Energia will be on schedule.