M2M Telematics to build a plant in India 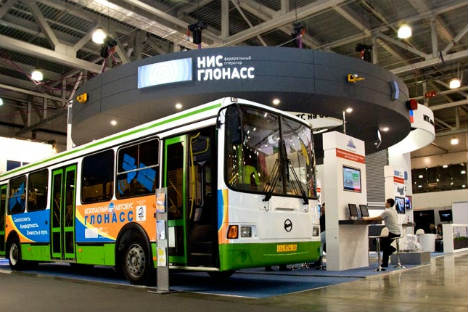 Production is likely to be based on NIS GLONASS, the Indian subsidiary of Navigation and Information Systems (NIS GLONASS), which was registered in the country in December 2011.

“The Indian market is quite specific and the chief requirement is a low price for the equipment. That is why, in order to avoid additional expenses, NIS GLONASS has decided to organise production locally”, Smyatskikh said.

NIS GLONASS CEO Alexander Gurko says that the company plans to enter more foreign markets, while the Indian market is the company’s top priority. According to him, so far the attempts by international navigation services providers to approach the Indian market have had little success. Chinese companies have been most active on this market in India. NIS GLONASS has already established its first contracts, albeit modest in volumes.

To ensure close interaction between the companies, AFK Sistema has transferred a 51% stake in M2M Telematics to NIS GLONASS. Even so, Gurko assures that the companies themselves will undergo no change and the brands, structure and management of the companies will remain in place.

According to Gurko, the company also works on markets other than India. For instance, it supplies dual GLONASS/GPS chipsets to Brazil and has showcased the capability of vehicle tracking solutions in the Near East as part of pilot projects.

Mikhail Kashtanov, lead specialist for development at Echelon Geolife, says that the Indian telematics market remains underdeveloped. According to him, the first player to enter this market will be able to secure itself a large share for relatively little effort. “Russian players can effectively compete with big international companies and they have a lot to offer, including on the Indian market”, he says.

According to the NIS GLONASS press service, NIS GLONASS and M2M Telematics hold a 63% market share of the Russian satellite navigation market. So far, the group has produced more than 500,000 navigation devices (receivers, onboard equipment, car navigators, etc.). In 2011, the group’s combined output reached 300,000 units. The company has started introducing smart transport systems in 102 cities in 52 Russian regions.

The solutions provided by NIS GLONASS and M2M Telematics are applied in more than 100 passenger transport management systems and about 5,000 control centres in Russia.

The Russian global navigation satellite system GLONASS is designed to provide navigation and time services to unlimited numbers of consumers on the ground, at sea, in the air and space. The system was launched in 1993. Access to GLONASS civil navigation signals is provided to Russian and foreign consumers anywhere on Earth, with no limitations, and free of charge.

Federal network operator OAO Navigation and Information Systems (NIS GLONASS) was set up in 2009 to commercialise and promote GLONASS. M2M Telematics Group is a leading domestic player on the market for adoption of GLONASS and GPS satellite navigation solutions.