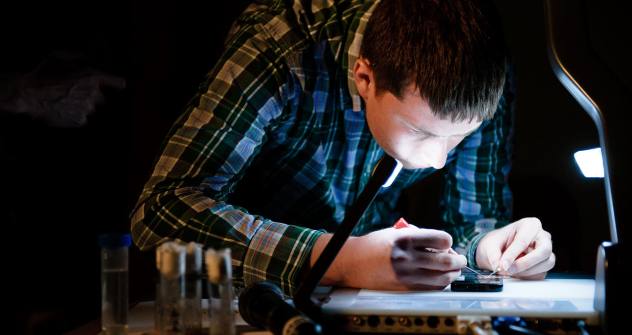 The Theory and Practice website (T&P) is one of Russia’s most popular ways to share knowledge and conduct lectures. RBTH's Sofia Raevskaya talked to Gelya Morozova, an organizor of the T&P events, about the project’s popular “young scientists” seminar series.

Askar Ramazanov and Danil Perushev founded the website Theory and Practice  (T&P) as a way to share knowledge, to conduct lectures, seminars, and master classes. Today the site is one of Russia’s most popular forms of “edutainment.” Sofia Raevskaya of Russia Beyond the Headlines talked to Gelya Morozova, curator of special projects for T&P, about the project’s popular “young scientists” seminar series.

Russia Beyond the Headlines: How did you come up with the idea to create a "Young Scientists" feature?

Gelya Morozova: In fact we held our first series of scientific lectures 2.5 years ago just 6 months after Theory and Practice was launched. We analysed what kind of events were held in Moscow and found out that there were a lot of lectures on art, design, photography, architecture, business but as for the science, this section of our website was almost empty. We decided to fill in this gap and launch a series of scientific lectures. It was one of the first big offline projects we did. The lectures of this series were united by one theme which was Brain and Behaviour. The series was curated by Maria Shutova and Evgeny Panov. The lectures were given by established scholars: Konstantin Anokhin (corresponding member of the Russian Academy of Sciences and the Russian Academy of Medical Sciences), Tatyana Chernigovskaya (Doctor of Biological and Philological Sciences), and Vladimir Kovalsohn (Doctor of Biological Sciences). We hold 8 lectures and when the series was over we’ve noticed that other organizers started to hold lectures on science. For example, Popular lectorium, Polytechnical museum, Dinasty Foundation etc.

"The format of the events is very good. They are not held in the outskirts of academia, but in the central squares. A special team manages the advertising, design, and implementation of the events. It's an excellent idea to have supplementary materials that are designed to prepare the listeners. It's terrific that people are going to lectures, that is, getting real knowledge, although somewhat superficial and suited more for small-talk. The events at Theory and Practice are venturing to become an integral part of a new urban culture, along with cinema and bars"

This autumn we returned to the idea to hold a series of scientific lectures. This time we decided to invite young scientists to give lectures and not to unite lectures by a particular topic or field of science. Lectures of this series concern different areas of science: physics, chemestry, genetics, immunology, linguistics, machine learning etc. It all started with articles. Our authors and photographers meet with scientists at their laboratories or working places, talk to them about their work, experiments, hobbies, took photos of their owrking places, materials and instruments they work with. I think this so to say kitchen of science is the most interesting thing for our readers.

When we published around 8 articles about young scientists we thought that it might be a good idea to go further and hold a series of events with the heroes of our articles and give them opportunity to talk in a popular way about their work.

RBTH: How did you find them?

G.M.: It turned out that everyone in T&P team had a friend who is a scientist (in my case it was a physicist Sergey Kolesnikov) who in their turn had connections in scientific community. In the result we had a huge list of people. But for the lectures we have only chosen 8 young men because it was very important that they are not only scientists but also that they can talk about their area of work in a popular and simple way. For the scientists who didn't have experience of giving public lectures it was quite difficult. With some of them we had to have 3 rehearsals of their talk.

Now we have already held 5 lectures. 3 more are ahead.

Another difference of this series of scientific events from the previous one is that this time we have changed a format and are holding events in a form of seminars. That is we want them to be more practical and short and give more time for Q&A. We want the audience of the events to be more prepared and to come to the events already having basic knowledge of the sceintific field the event is dedicated to. So every time we announce the event we give the audience some preparatory articles, video and podcats. Young scientists send us these materials. We look through them and choose the best ones.

RBTH: What is the audience for these lectures?

G.M.: Different types of people. It is both the core audience of T&P i.e. young professionals who have already finished their studies but who want to learn more and students. Very often other young scientists who work or study together with the lecturers come to support them.

RBTH: Where are your lectures held?

This time we have decided to hold lectures at 3rd places. 3rd place is not home or office, it is some different place where you can work or study and all you need is a laptop and Wi-Fi. One of our special projects is about 3rd places — www.placeplaceplace.ru. There are different types of 3rd places. These are cafes, co-workings, libraries. We have chosen libraries as venues for our events. We thought it was one more good opportunity to show that libraries are not only archives of books but also places where you can work, study and communicate with others.

"I am personally very pleased with the work we've done with T&P, as well as the prepared materials and the audience. It is important to show that science here in Russia is continuing to bubble up. Even more important is to motivate people."

RBTH: What was the goal of the project?

We wanted to fill a certain vacuum that existed around science. We had a feeling that science was left aside and forgotten. There were few events or articles on science but there was demand from the audience. Now I think the situation has changed. Science has a lot of attention. There are a lot of scientific lectures which are attended by many people. After we had launched series of events with young scientists we started to receive calls from press, other organizers of events and institutions who allocate grants for scientific research who approached us with different projects on science.

RBTH: How did the scientists themselves benefit from participation in the project?

G.M.: For them it is first of all very valuable experience to give public lectures. I think it is important for them to tell people what they are doing in an interesting and simple way.