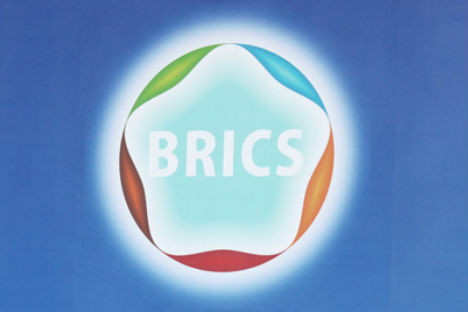 Moscow took the eighth place in the rating of cities most favorable for investment. London was rated number 1. The capitals of Brazil, China and India unexpectedly took top positions in the rating having squeezed out European cities.

The Investment agency of Grand Paris together with KPMG produced this rating of cities most popular with investors. It is based on the size of foreign investment in various city projects over the last two years. The result of the calculations surprised the experts. Only such international financial centers as London and New York managed to preserve high positions in the rating.

The European cities were moved down by the cities from BRICS (Brazil, Russia, India, China and South Africa). Moscow showed the largest growth in investor popularity (60%) along with Brazil's Sao Paolo (160%). Such attitude is related to the economic growth BRICS countries are experiencing. Roman Andreyev, head of the Department of active operations of the Financial Standard Bank explains that based on the investment in one city one can judge about investing in the whole country.

«For example, it would be hard to judge about investment in Great Britain by London, or investment in China by Shanghais, because these cities are financial centers. Thus, their entire infrastructure is geared towards servicing such areas. But it does not mean that similar high investment goes into other regions.  And as far as such countries as Russia or Brazil go, here one can draw parallels and assume that if investment in one city goes up, same goes for the whole country. Moscow is a capital city first of all, and not a financial center.  And the investment that is done in Moscow, to some degree is spear over other regions of the country».

One must also point out that the rating was based not only based on the past success, but also accounted for the future. It reflects investors' expectations of how each city is going to develop, says Elena Turzhanskaya an analyst with «Kalita-Finance» group.

«This rating is based on the potential of countries and cities. If this potential is realized, investment will flow into the country and further quality development will follow. However, if no reforms are carried out, then the country’s potential will not be realized, and thus one might not see any investment inflow. Thus, these ratings are more oriented towards the future potential, and not towards the quality of human resources and the infrastructure in the cities».

Due to the growth of investor interest towards BRICS countries Europe can loose in the near future. It will be not just a matter of prestige. Many EU countries already experience deficit of foreign investment that could help them deal with the difficult financial situation. If investment goes elsewhere, the debt crisis in the Euro zone will only escalate.