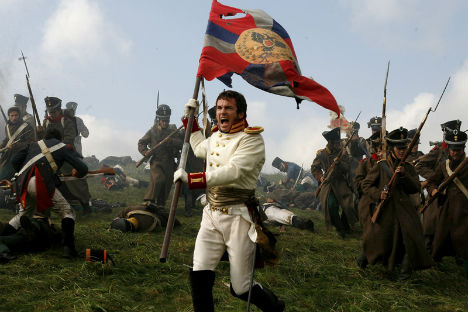 The writer is the DNA Editor-in-Chief Aditya Sinha ponders over Leo Tolstoy’s epic War and Peace.

Two years ago I read a fresh translation by the couple Richard Pevear and Larissa Volokhonsky of Leo Tolstoy’s epic War and Peace. The translation’s value lay in its breezy read, and the fact that you did not feel as if you were drowning in a sea of long Russian names (that’s what I felt when, as a teenager, I plowed through Dostoyevsky). It was as masterful a translation as Gregory Rabassa’s translation of One Hundred Years of Solitude which Gabriel Garcia Marquez, perhaps half-jokingly, said was superior to the original Spanish. It also made me recently read Anna Karenina, the other Tolstoy epic translated by Pevear and Volokhonsky. (There was additionally the competition with my wife, who read Anna Karenina while I read War and Peace. She’s now reading the biography of Tolstoy’s wife Sofia, who claimed that her husband was only nice to her when he wanted sex, and who said her husband found all of Dostoyevsky’s characters sounding the same.

It would be silly to write a newspaper review of Anna Karenina, about which libraries have been written in almost every language on Earth. It is perhaps more worthwhile to write a column about the avalanche of mass-market paperbacks in India nowadays, or about the Indian effort to reach out to the world and present a literary snapshot of our crazy kaleidoscope of a country. Or perhaps one should merely try to convince budding writers (and others) that there is no better investment in your craft than to read Tolstoy. As Bertrand Russell’s philosophical sparring partner GE Moore said in his Principia Ethica, one way to refine your ethical, and human, sensibility was to imbibe the highest works of art.

Most readers know that War and Peace’s centre-piece is Napoleon’s 1812 invasion of Moscow. Field Marshal Kutuzov, despite the sneering ridicule from younger officers who think they know better how to take on Napoleon’s army, sticks to his plan of drawing the Emperor deep into Russia, to Moscow — and then burns down the city. Napoleon retreats, and is counter-attacked.

This is not a war novel, however, but a study of St Petersburg society seen through the eyes of four families as they edge precipitously close to decline. Tolstoy gives every possible psychological viewpoint to the coming war (a major character, Count Pierre Bezukhov, a LOL eccentric who returns to Moscow while it is burning, is convinced that Napoleon is Beelzebub); Tolstoy takes you through the battlefields not just of war but also of love, family, marriage, society and rural life; and with so much detail that in comparison, contemporary novels somehow seem inadequate.

While there is much death in War and Peace it is not on as intimate a scale as in Anna Karenina, a novel that could have been titled Anna Karenina and Konstantin Dmitrich Levin after the two characters — who meet only once — that are at heart the same person. Fate deals a cruel blow to Anna and not to Levin only because she’s a woman. Anna is trapped in a loveless, death-like marriage to the respected Petersburg official Alexei Karenin (they have a nine-year-old son); she falls in love with the dashing yet reckless army officer, Count Vronsky. After much agony, Karenin allows the affair to go on so long as it’s discreet; they instead elope to Italy. Society roundly condemns her, and she has no one to fall back upon except Vronsky, who is suffocated by her constant need to possess him. It does not end well.

Levin is a Petersburg outlier who lives on his land in the country; he’s an aging bachelor who is considered a crackpot because of his intensity and passion about things like how to have a productive and equitable peasantry. Levin eventually marries Kitty, a sister-in-law of Anna Karenina’s brother Prince Stepan (yet another of Tolstoy’s LOL eccentrics), and such is their joy that Levin “understood not only that she was close to him, but that he no longer knew where she ended and he began”. Thus, Levin and Anna are creatures outside of society, driven by a transcendental heart-mind connect; but where Levin is accepted as a lovable eccentric, Anna is seen as a societal menace. Naturally, once she elopes and he marries, their graphs move in opposite directions.

After the vast landscape of War and Peace, Tolstoy’s deep exploration of these individuals’ feelings is, well, awesome. And while God was the main character in War and Peace — Tolstoy treats all persons as pawns driven by a larger force, larger than history, saying “kings are the slaves of history”, and Count Pierre argues that “if God did not exist, we would not talk about him” — God takes a lesser role in Anna Karenina, giving witness to Anna’s and Levin’s individual experience of despair and elation.

Not many have the time or the inclination to pick up Tolstoy these days. But if you do, all these elections, politicking, economic uncertainty, war, new technologies: they evoke a sense of déjà vu. Tolstoy teaches us that there is nothing new under the Sun; that in the dreams and desires of his characters the reader may recognise the human drama that goes on around us, day after day, year after year, century after century. That, in short, is art.

The article is orginally published at rusembassy.in