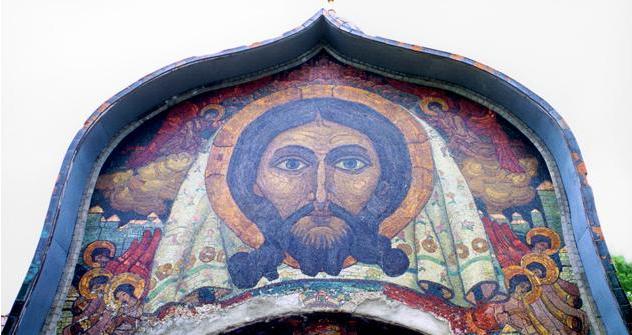 The latter part of the 19th century witnessed a surge of interest in traditional Russian artistic crafts. After so many decades of determined imitation of Western culture in the 18 and 19th centuries, this development can be seen as part of a larger affirmation of Russian national identity. However, the revival also bore similarities to an international movement – known in the UK as the Arts and Crafts movement –that stretched from Finland to the United States. Although the most famous center for the Russian arts and crafts revival was railroad magnate Savva Mamontov’s estate at Abramtsevo (north of Moscow), equally significant was the estate of Princess Maria Tenisheva at Talashkino, located in the rolling, forested countryside to the south of Smolensk.

Interested in the arts at an early age, Maria Klavdievna Tenisheva (1858-1928) studied voice and painting in Paris in the 1880s. Her first marriage ended in divorce, and in 1892 she married Prince Vyacheslav Tenishev (1843-1903), who combined noble ancestry with entrepreneurial success in railroads and banking. Tenishev was also interested in the arts, and in 1898 he founded the renowned Tenishev School in St. Petersburg, one of the most distinguished and progressive high schools in Russia. Its alumni included two of Russia’s greatest writers, Vladimir Nabokov and Osip Mandelstam.

The couple first settled near a factory owned by Tenishev in the Bryansk area, where Tenisheva established a school for the workers’ children and engaged in other philanthropic activities for the local community. In 1896, Tenishev purchased the estate of Talashkino, owned by Princess Ekaterina Sviatopolk-Chetvertinskaia, a childhood friend of Maria Tenisheva, who continued to manage the estate. Talashkino gave Tenisheva the opportunity and resources to combine her interests in the arts with philanthropic and educational projects.

Talashkino, a functioning agricultural estate with a manor house, also included the adjacent farmstead of Flyonovo (Flenovo). It was here, away from the bustle of the main estate, that most of Tenisheva’s projects took shape. As at Abramtsevo, a important goal was the training of local peasant children in craft traditions that seemed on the brink of extinction in an age of industrial growth and standardization. Agronomy was also emphasized. The earliest surviving structure at Flyonovo is the agricultural school that Tenisheva launched in the late 1890s; at the same time she built a small boarding school for orphans.

Beyond educational projects for young people, Tenisheva intended to integrate her interests and abilities in the decorative arts with an authentically Russian artistic revival. Her ambition was to move beyond Abramtsevo’s production of crafted items into the realm of artistic inspiration. Her hospitality and connections with the Sergei Diaghilev’s “World of Art” movement made Talashkino a summer destination for prominent artists such as Ilya Repin and Mikhail Vrubel. Yet to realize her larger goals of an artistic revival, she needed a resident artist.

In 1900 Tenisheva invited Sergei Maliutin and his large family to move to Talashkino from Moscow. Maliutin (1859-1937), who had made a name for himself in Savva Mamontov’s artistic circle, was commissioned to build a church at Flyonovo. His design won Tenisheva’s support, with its exuberant form drawn from late medieval Russian traditions. But before work began on the church, Maliutin created another fantasy structure at Flyonovo, the Teremok (“little tower”). This log structure on a high brick base combined ideas of late medieval design and Russian folk architecture. Built in 1901 to house a library for the Talashkino school, it soon served as the premises for a workshop devoted to natural dyes, one of Tenisheva’s passions. Tenisheva was herself a highly accomplished designer of fabric and furniture.

Maliutin designed the Teremok to give full display to the decorative arts; its most striking feature consists of brightly painted wooden assemblies that represented the symbolism deeply embedded in myths and folk legends such as the Firebird. Although this structure miraculously survived the numerous revolutions and wars that swept through the Smolensk area in the 20th century, substantial reconstructive work was necessary after World War II. Indeed, the painted gates to the compound were wholly reconstructed and are now on display near the Teremok.

In the following year, 1902, work began on the Church of the Descent of the Holy Spirit, one of the most original Russian religious structures of the early 20th century. Like the Teremok, the church in form and decoration is a free interpretation of Russian traditions. Designed with the participation of Tenisheva and Ivan Barshchevsky, the church included a burial crypt for Vyacheslav Tenishev, which was vandalized after the 1917 revolution. The church was intended to be stuccoed, but construction was halted during the revolutionary disorders of 1905, when Tenisheva left for Paris. Perhaps the church’s unfinished state is just as well, since the brick walls are themselves a display of craftsmanship.

Equally impressive are the church’s exterior mosaics by the visionary artist Nicholas Roerich (1874-1947), who at this time saw the essence of Russian identity in the culture of the far north. The first of his many visits to Talashkino occurred at the end of 1903. Tenisheva became a devoted proponent of his work, and after her return to the estate in 1908, he began the artistic decoration of the still unfinished church. In addition to the mosaics over the entrance porch, Roerich created for the altar space a large wall painting on the theme “The Heavenly Queen at the River of Life.” His mystical interpretation did not conform to Orthodox canonical norms, and the church was therefore never consecrated. The painting was effaced during the Soviet period and is now known only through an early black and white photograph.

In 1903 Maliutin suddenly decided to return to Moscow, where he took a teaching position at the School of Painting, Sculpture and Architecture. He continued a successful and varied artist career both before and after the 1917 revolution. Before his departure from Talashkino, Maliutin designed for Tenisheva a Museum of Russian Antiquity to house her collection of archeological finds and objects of folk culture. Built in Smolensk in 1903-05, the small but attractive brick building displays a ceramic cartouche panel over the main entrance by the artists Aleksei Zinoviev and V. V. Beketov, who for a time replaced Maliutin as resident artists at Talashkino. The building now houses a museum devoted to Smolensk linen (address: Tenisheva Street 7).

Following the Bolshevik revolution Tenisheva emigrated to France yet again with her friend Ekaterina Sviatopolk-Chetvertinskaia. Although the Talashkino project did not meet all of her expectations, she was tireless in promulgating the legacy of Talashkino both before and after the revolution, in Paris as well as in Russia. By virtue of her dedication Talashkino has survived as one of Russia’s remarkable artistic expressions.